A rebel without a cause commits murder in the name of a few cheap kicks. 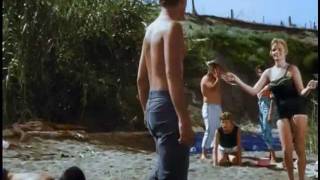 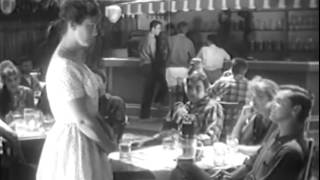 Racing down a highway at a break-neck speed, Johnny, a wild teenager with plenty of dangerous attitude, plays a deadly game of "chicken" with a police officer. The policeman is killed, but the cops are unable to make any charges stick to the rebellious punk. Tough-as-nails gang leader, Johnny, is unfazed by the incident, and manages to keep a protective eye on his friend Dave. Meanwhile, beach parties, drag races and booze all mix for a formula that spells big trouble for Johnny and his band of troublemakers. When Johnny gets ideas about Dave's girlfriend, it results in a furious race down a winding highway on a collision course with tragedy.

Jack Nicholson's portrayal of Johnny Varron in The Wild Ride (inspired by Marlon Brando's The Wild One) came early in his career, but still showed the kind of presence and power that would eventually make him a superstar. In time, Nicholson would hold the honor as the most Academy Award nominated actor in film history. B-movie producer and director Roger Corman gave Nicholson his first major acting opportunities, releasing such beat generation flicks as The Wild Ride (through his Filmgroup company) and cult classics The Terror, Little Shop Of Horrors and The Raven. Co-stars Robert Bean (Creature From The Haunted Sea) and Georgianna Carter (Night Of The Blood Beast) were also regulars from Corman's repertoire company.

A low-budget adventure tale about a youthful hot-rodder (Jack Nicholson) who tries to break up a nice girl's romance with tragic consequences.

This Beat Generation-style movie from 1960 features an early starring role by Jack Nicholson as a rebel headed for trouble. After kidnapping his friend's rather straight-laced girlfriend, he rages against the cops, with fatal results.

Action | Adventure | Suspense | Thriller | Exploitation | Road To Ruin | Theatrical Release
This product is made-on-demand by the manufacturer using DVD-R recordable media. Almost all DVD players can play DVD-Rs (except for some older models made before 2000) - please consult your owner's manual for formats compatible with your player. These DVD-Rs may not play on all computers or DVD player/recorders. To address this, the manufacturer recommends viewing this product on a DVD player that does not have recording capability.

57%off
The Fast and the Furious: Tokyo Drift
$5.58 Winter Sale
Add to Cart

16%off
The Fast and the Furious: Tokyo Drift
$8.40 Super Savings
Add to Cart

The Fast and the Furious: Tokyo Drift (Includes Digital...
$26.90
Add to Cart