Tales from the anthology series depicting the rise and fall of violent public enemies. 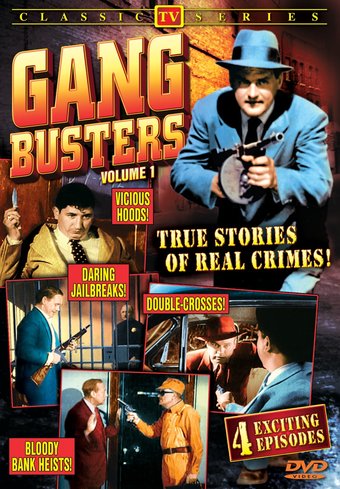 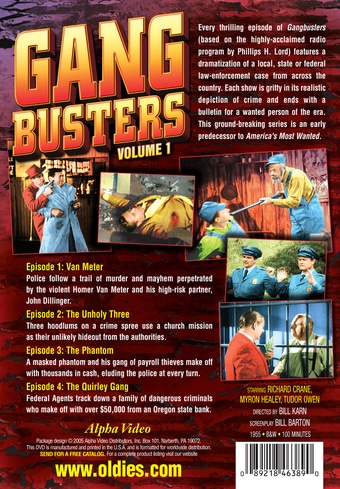 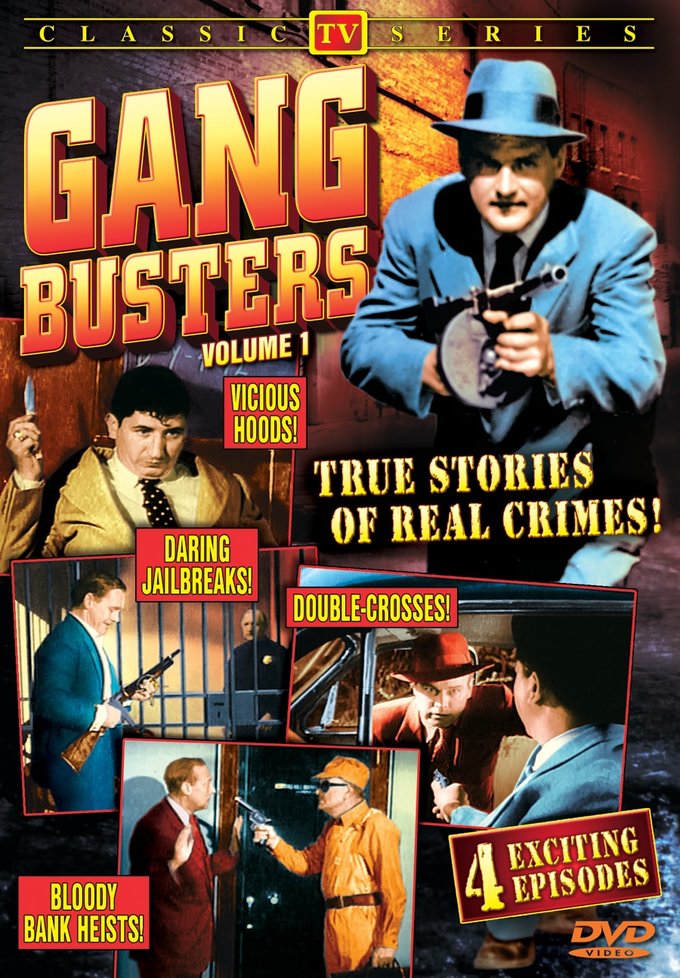 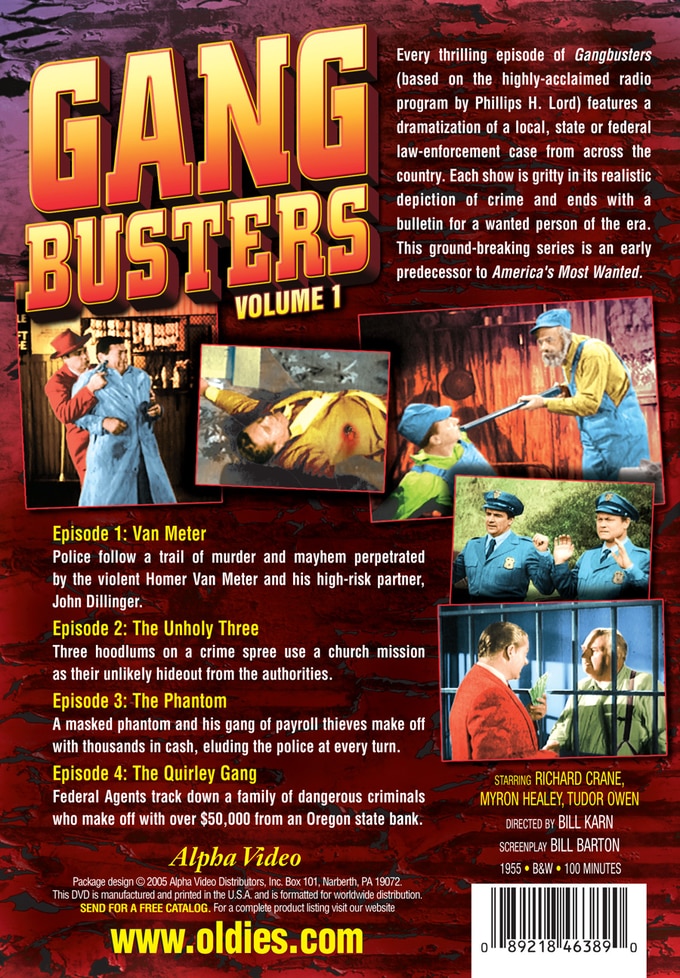 Every thrilling episode of "Gang Busters" (based on the highly-acclaimed radio program by Phillips H. Lord) features a dramatization of a local, state or federal law-enforcement case from across the United States. Each show is gritty in its realistic depiction of crime and ends with a bulletin for a wanted person of the era. This ground-breaking series is an early predecessor to American's Most Wanted.

This volume includes the episodes:

One of the better early cops shows on TV Movie Lover: Martin Grams from Pennsylvania -- May, 13, 2005


Regardless of what people continue to write in encyclopedias and web-sites, GANG BUSTERS was not the highest rated show to ever be cancelled from prime time. It had two runs. The first was over NBC on a rotating basis with DRAGNET and after fulfilling a 17-episode contract, Phillips H. Lord, the creator of the series, stopped producing TV episodes due to advice of his doctor. More than 40% of the American public tuned in each weke to watch the dramas but the show was NEVER cancelled. A second series of GANG BUSTERS TV shows were later produced (this time for syndication) by Lord, and this DVD features four of those classic episodes. Production #220 "The Quirley Gang" features Ken Christy in the lead. Production #226 "Homer Van Meter" was based on the April 15, 1936 radio script of the same name. Production #229 "The Unholy Trio" was based on the June 18, 1943 radio script "The Case of Arnett Booth". (Trivia: "The Unholy Trio" was originally titled "The Mission Robberies") Production #230 "The Case of the Phantom" was based on one of the most acclaimed episodes of the radio program, "The Phantom of the Coal Fields" from November 1936. Final trivia about these episodes: Lord choosed criminals who were already dead to film for his TV series purposely so they couldn't enter a suit against him for portraying them on TV.