The strangest trio ever to track a killer 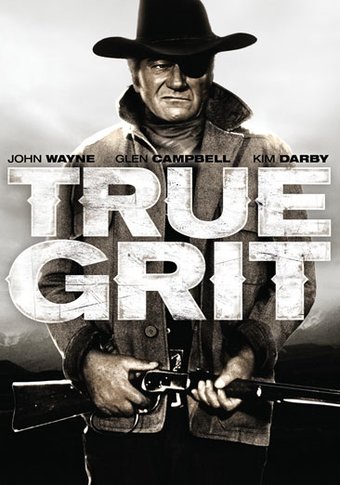 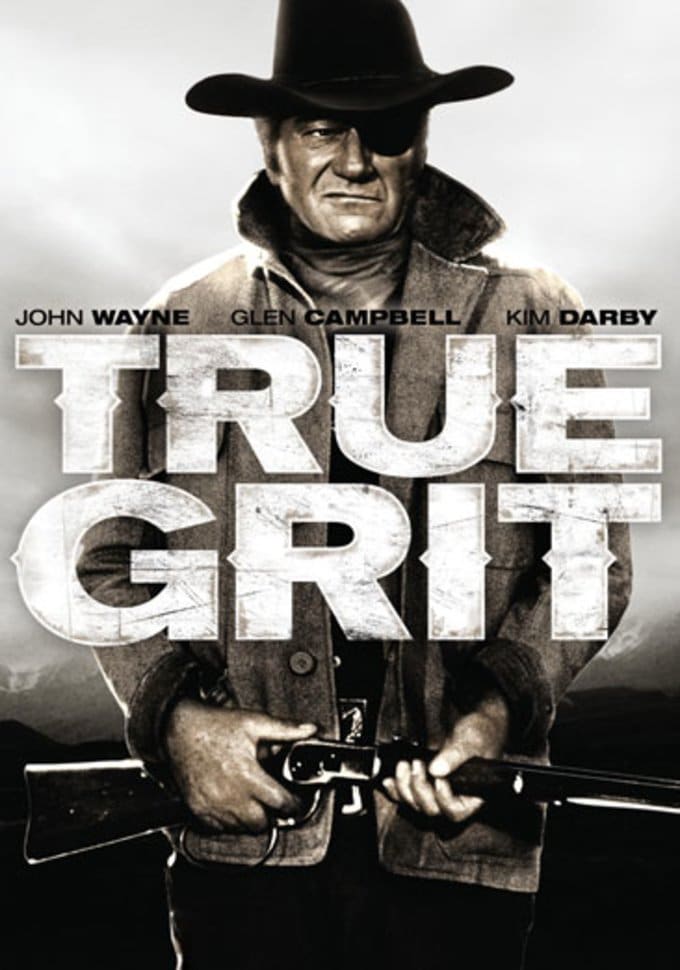 A pure western in which a lawmen tracks a criminal, TRUE GRIT, based on Charles Portis' novel, reunited John Wayne with director Henry Hathaway (THE SONS OF KATIE ELDER). Wayne is crotchety U.S. Marshal Rooster Cogburn, who would rather stay home than chase criminals. He heeds the call, though, when fourteen year-old Mattie Ross (Kim Darby) calls on him to avenge her father's death at the hands of a man who has escaped into Indian territory. Glen Campbell is a Texas ranger who accompanies them for his own reasons. Wayne reprised the role six years later in ROOSTER COGBURN.

Oscar winning performance by John Wayne as Rooster Cogburn, the one-eyed, eye-patched Deputy Marshal who helps a stubborn, yet resourceful, teenage girl find the murderer of her father.