A resourceful district attorney tries to solve a complicated murder that was committed at a boxing match in front of thousands of people. 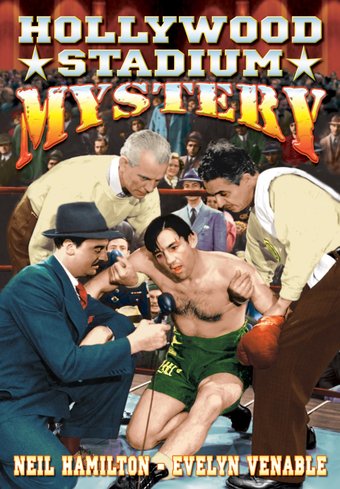 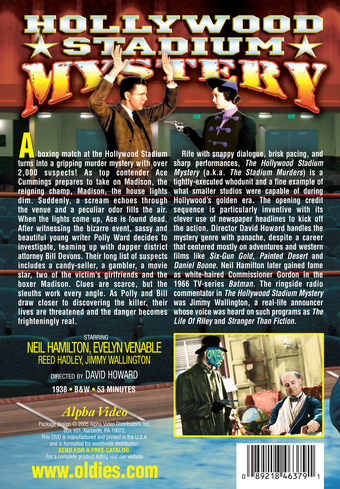 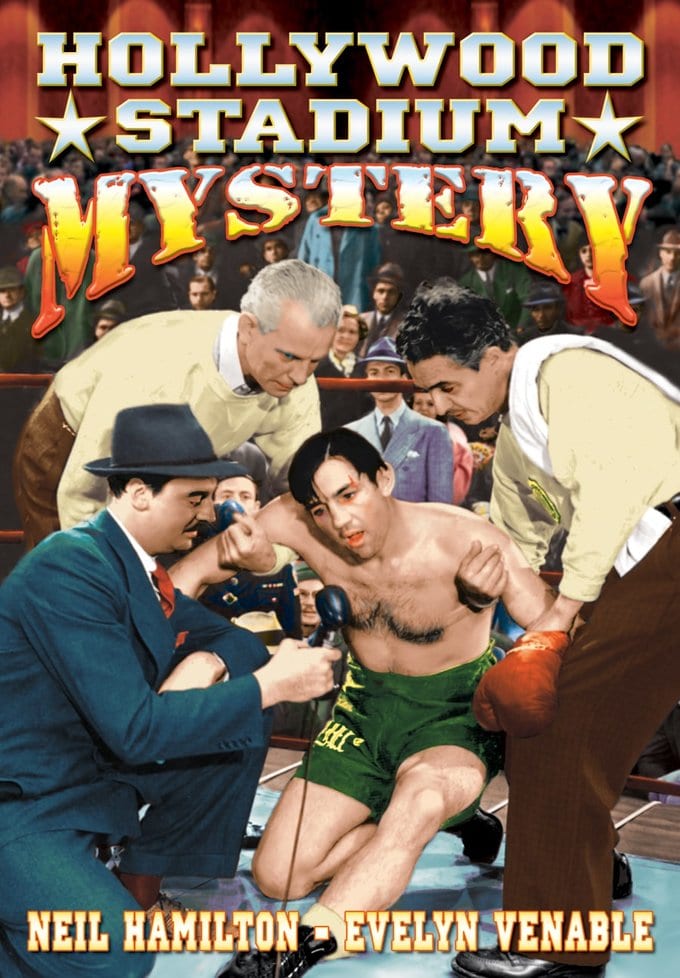 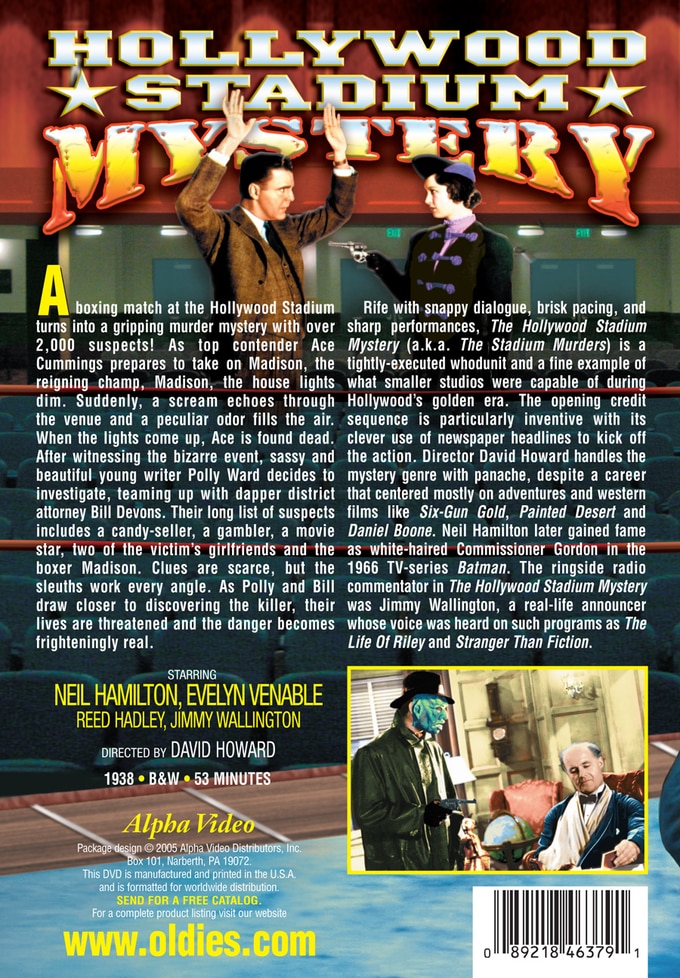 A boxing match at the Hollywood Stadium turns into a gripping murder mystery with over 2,000 suspects! As top contender Ace Cummings prepares to take on Madison, the reigning champ, Madison, the house lights dim. Suddenly, a scream echoes through the venue and a peculiar odor fills the air. When the lights come up, Ace is found dead. After witnessing the bizarre event, sassy and beautiful young writer Polly Ward decides to investigate, teaming up with dapper district attorney Bill Devons. Their long list of suspects includes a candy-seller, a gambler, a movie star, two of the victim's girlfriends and the boxer Madison. Clues are scarce, but the sleuths work every angle. As Polly and Bill draw closer to discovering the killer, their lives are threatened and the danger becomes frighteningly real.

Rife with snappy dialogue, brisk pacing, and sharp performances, The Hollywood Stadium Mystery (a.k.a. The Stadium Murders) is a tightly-executed whodunit and a fine example of what smaller studios were capable of during Hollywood's golden era. The opening credit sequence is particularly inventive with its clever use of newspaper headlines to kick off the action. Director David Howard handles the mystery genre with panache, despite a career that centered mostly on adventures and western films like Six-Gun Gold, Painted Desert and Daniel Boone. Neil Hamilton later gained fame as white-haired Commissioner Gordon in the 1966 TV-series "Batman." The ringside radio commentator in The Hollywood Stadium Mystery was Jimmy Wallington, a real-life announcer whose voice was heard on such programs as "The Life Of Riley" and "Stranger Than Fiction."

HOLLYWOOD STADIUM MYSTERY is an (upper) cut above the typical cinematic whodunit. Ace Cummings is a boxer who is favored to win an important match at the Hollywood Stadium. In front of thousands of fans, he is expected to knock out the long-standing champion. Mid-match, however, a blackout occurs, during which Ace is murdered, and a chaotic scramble to find the killer follows. Fast-paced and engaging, this B-movie mystery is filled with A-level writing and performances.

Customer Rating:
Based on 165 ratings.


This isn't a great flick but by B movie standards, I found it a notch above the rest. It's fun seeing a young Commissioner Gordon of TV's Batman (Neil Hamilton) playing a dashing playboy type. And the ending surprised me when the killer was identified. It's...no, I won't spoil it for you.