The Texas Rangers: Dead Or Alive

A Texas Ranger is framed in a bank robbery by a brutal gang of killers. 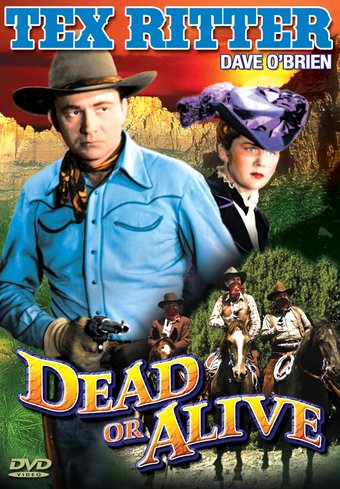 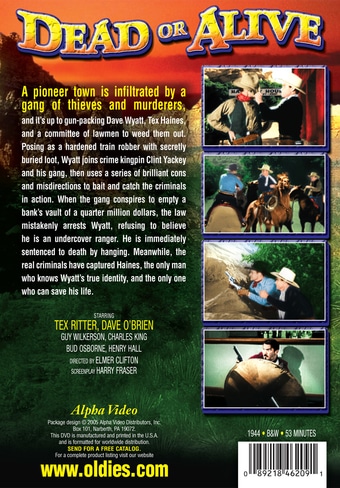 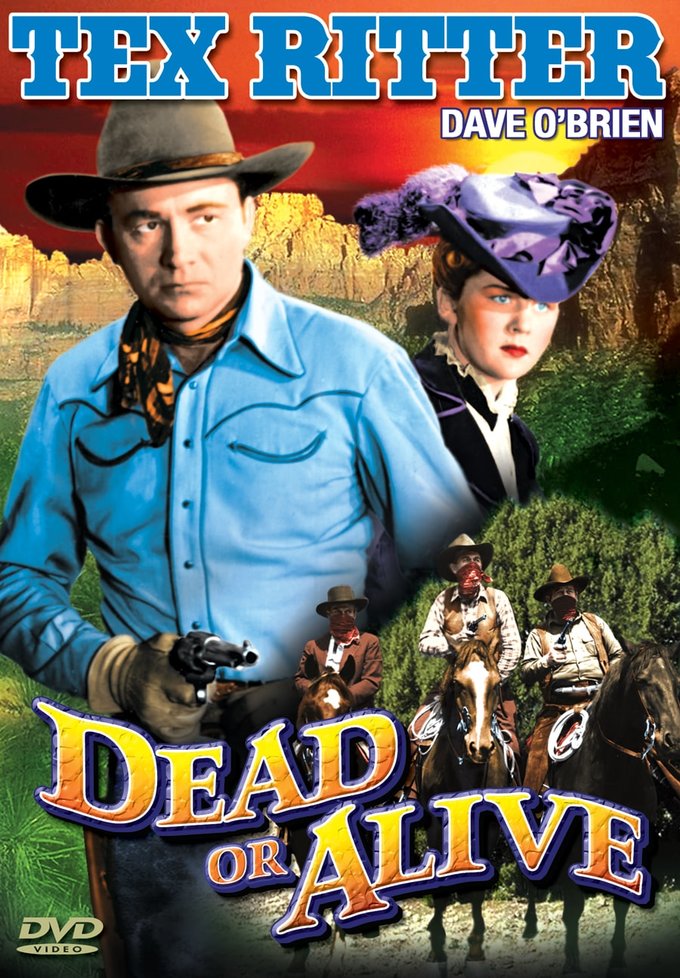 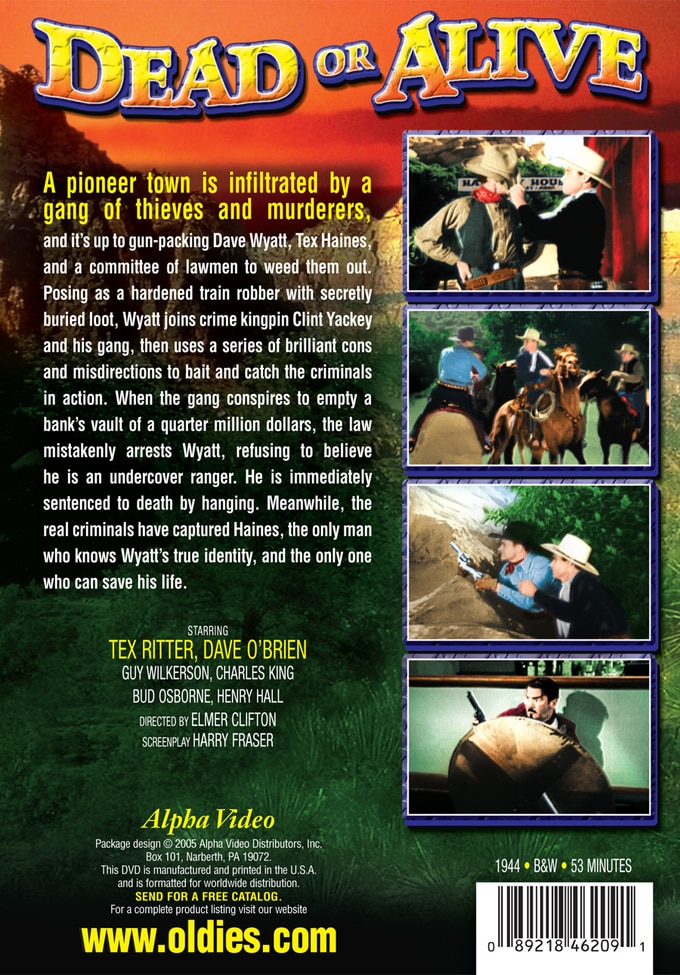 A pioneer town is infiltrated by a gang of thieves and murderers, and it's up to gun-packing Dave Wyatt, Tex Haines, and a committee of lawmen to weed them out. Posing as a hardened train robber with secretly buried loot, Wyatt joins crime kingpin Clint Yackey and his gang, then uses a series of brilliant cons and misdirections to bait and catch the criminals in action. When the gang conspires to empty a bank's vault of a quarter million dollars, the law mistakenly arrests Wyatt, refusing to believe he is an undercover ranger. He is immediately sentenced to death by hanging. Meanwhile, the real criminals have captured Haines, the only man who knows Wyatt's true identity, and the only one who can save his life.

Dave goes undercover as an outlaw to catch a band of gold thieves.

Switching Roles | Vintage | Outlaws
This product is made-on-demand by the manufacturer using DVD-R recordable media. Almost all DVD players can play DVD-Rs (except for some older models made before 2000) - please consult your owner's manual for formats compatible with your player. These DVD-Rs may not play on all computers or DVD player/recorders. To address this, the manufacturer recommends viewing this product on a DVD player that does not have recording capability.

25%off
The Texas Rangers: The Whispering Skull
$5.95 on Sale
Add to Cart