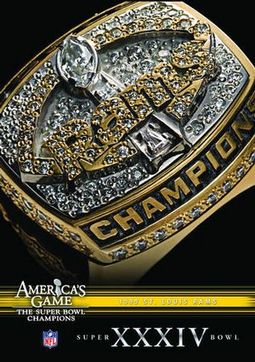 America's Game uses the insight of Kurt Warner, Dick Vermeil and D'Marco Farr to tell the story of the 1999 Rams. With the humble Warner at the controls, the team's high-powered offense including Torry Holt, Isaac Bruce and Marshall Faulk became known as The Greatest Show on Turf. Warner saved his best for the game's ultimate stage, throwing for 414 yards and two touchdowns to win.