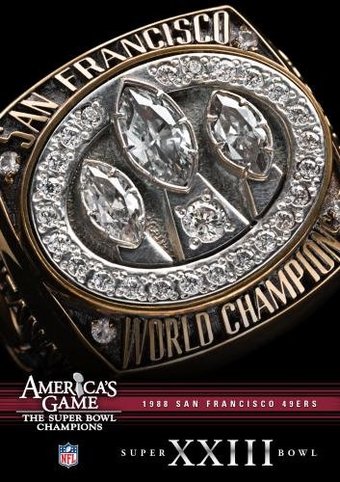 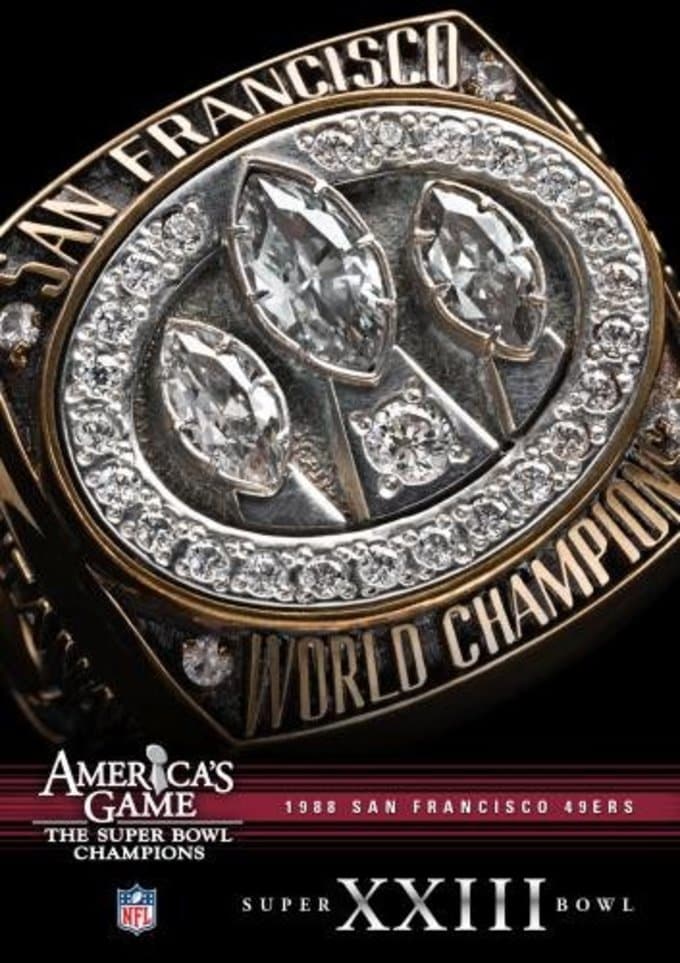 A world championship was at stake, and the San Francisco 49ers were in a panic. Trailing 16-13 late in Super Bowl XXIII, the offense was 92 yards away from a championship. It was a moment for legends. Bit by bit, Hall of Fame quarterback Joe Montana marched the 49ers the length of the field. His 10-yard scoring strike to John Taylor with 34 ticks left on the clock lifted the Niners to a third Super Bowl title. The drive was a culmination of a season's worth of execution, raw athleticism, and tenacity for the '88 49ers. Despite a quarterback controversy and a 6-5 start, the team never lost their focus. Join NFL Films as they retell the story of the '88 Niners, a club that sealed the 49er dynasty. America's Game uses exclusive interviews from Bill Walsh, Harris Barton and Roger Craig to recount the exciting story behind San Francisco's third championship season.

Champions | NFL
This product is made-on-demand by the manufacturer using DVD-R recordable media. Almost all DVD players can play DVD-Rs (except for some older models made before 2000) - please consult your owner's manual for formats compatible with your player. These DVD-Rs may not play on all computers or DVD player/recorders. To address this, the manufacturer recommends viewing this product on a DVD player that does not have recording capability.

85%off
BB Band
Great Football Hits: We Are the Champions
$1.98 on Sale
Add to Cart