The Giants of Thessaly

Jason's quest for the Golden Fleece leads him to a land of monsters. 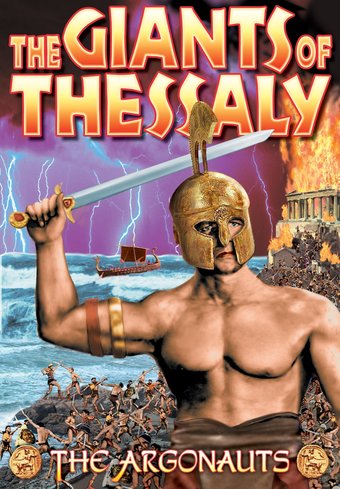 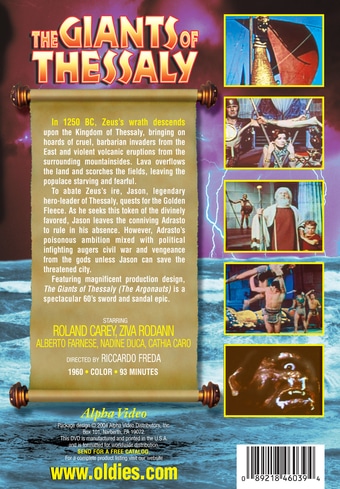 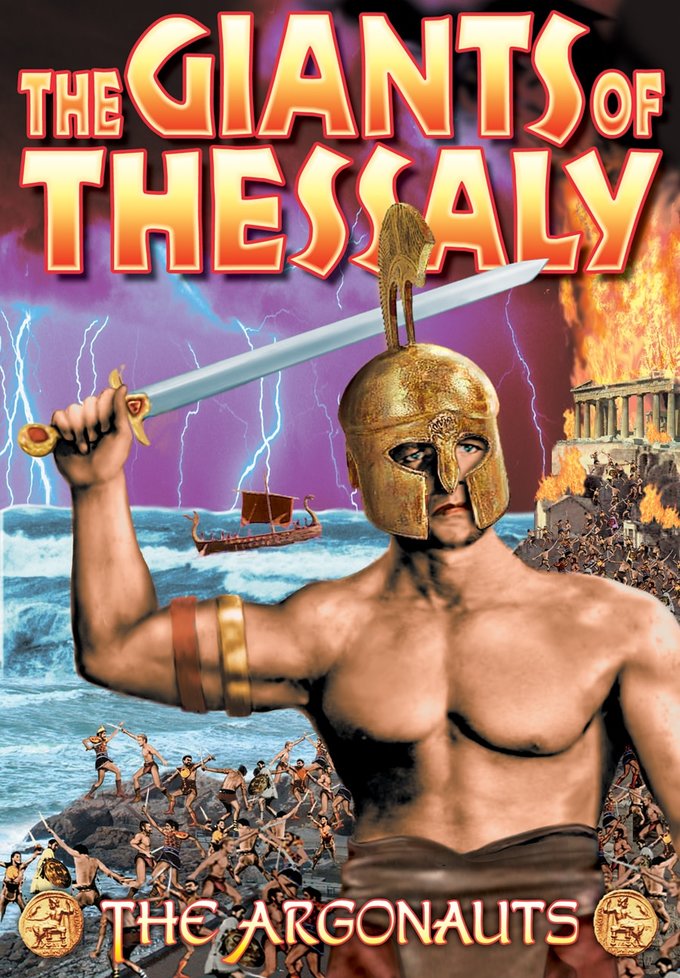 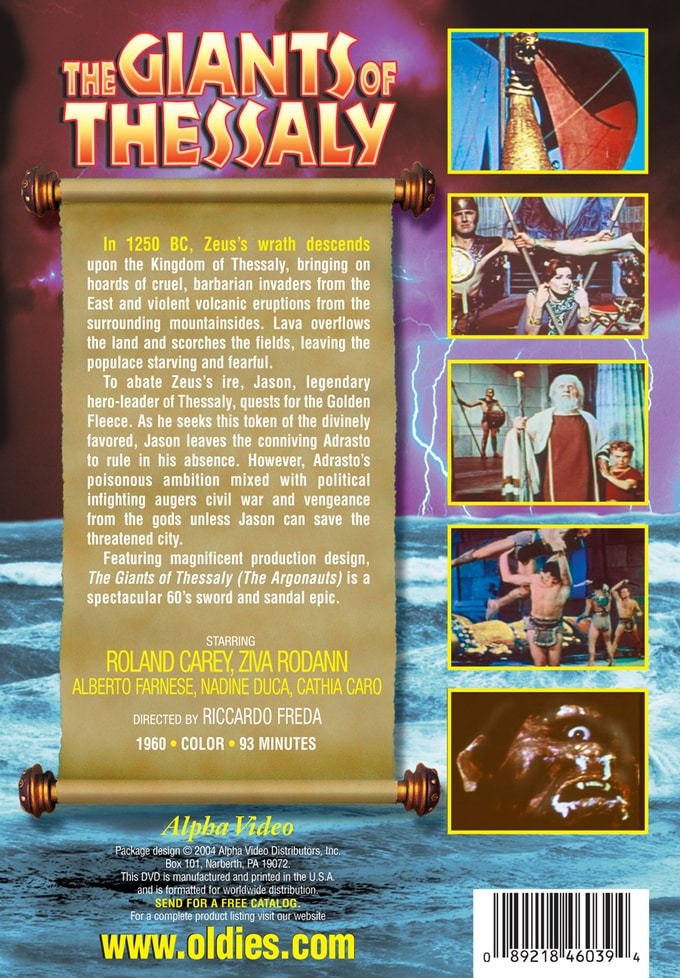 In 1250 BC, Zeus's wrath descends upon the Kingdom of Thessaly, bringing on hoards of cruel, barbarian invaders from the East and violent volcanic eruptions from the surrounding mountainsides. Lava overflows the land and scorches the fields, leaving the populace starving and fearful. To abate Zeus's ire, Jason, legendary hero-leader of Thessaly, quests for the Golden Fleece. As he seeks this token of the divinely favored, Jason leaves the conniving Adrasto to rule in his absence. However, Adrasto's poisonous ambition mixed with political infighting augers civil war and vengeance from the gods unless Jason can save the threatened city.

Featuring magnificent production design, The Giants of Thessaly is a spectacular 60's sword and sandal epic.

Another version of the oft-told story of Jason and the Golden Fleece, with a better than average musical score.

Sinbad and the Eye of the Tiger
$13.10 Super Savings
Add to Cart

That Brennan Girl
$10
Add to Cart

Customer Rating:
Based on 360 ratings.