Touch The Top Of The World 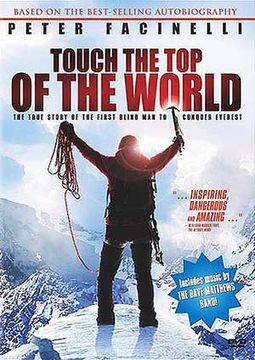 This exciting, life-affirming drama tells the life story of Eric Weihenmayer (TWILIGHT's Peter Facinelli), the rock climber who became the first blind person to stand at the peak of Mount Everest. Based on the real-life Weihenmayer's best-selling autobiography, TOUCH follows the man from the diagnosis of his rare eye disease at age three to his unbelievably triumphant moment, an achievement that has already gone down in history.

Based on his bestselling autobiography, this gripping tale portrays the determination and heroism of Erik Weihenmayer, a rock and ice climber who overcame insurmountable odds to become the first blind man to reach the top of Mount Everest. The breathtaking story follows Erik's journey from his time as a three-year-old boy diagnosed with a rare eye disease, through his childhood where his parents challenged him to live a normal life despite his limiting handicap. He proved doubters wrong by excelling to the level of rock climbing instructor by the age of 25. This is a story of dreams becoming reality, and one man's passion to do the impossible inspires his community and an entire generation of vision-impaired athletes.