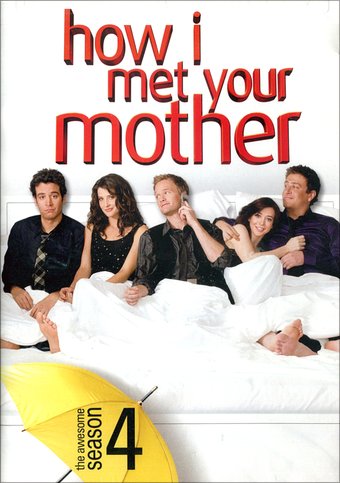 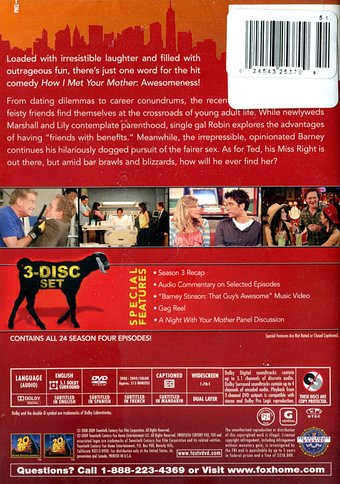 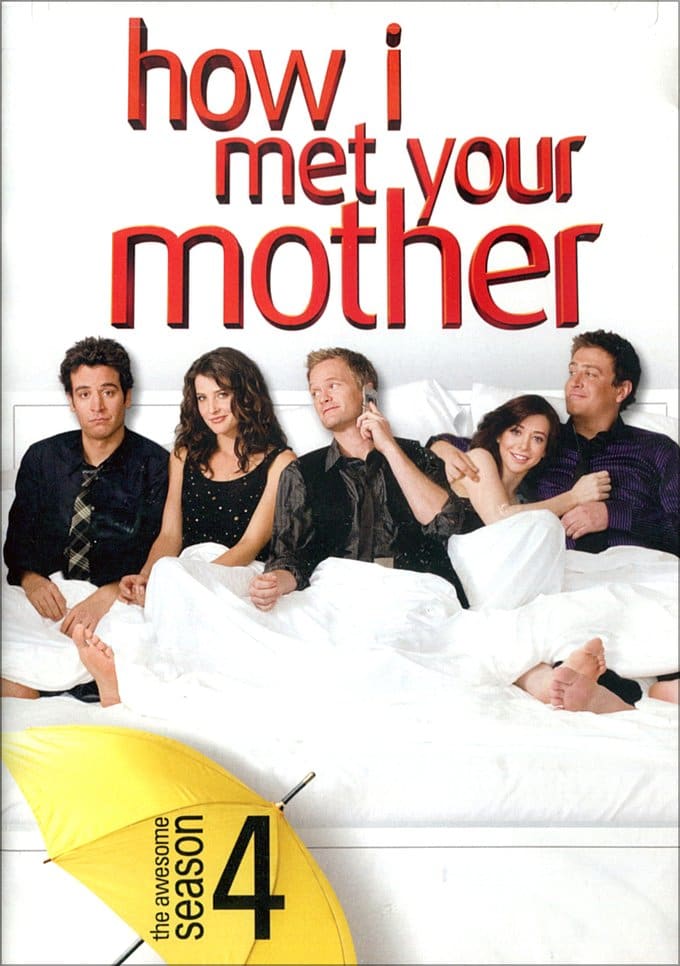 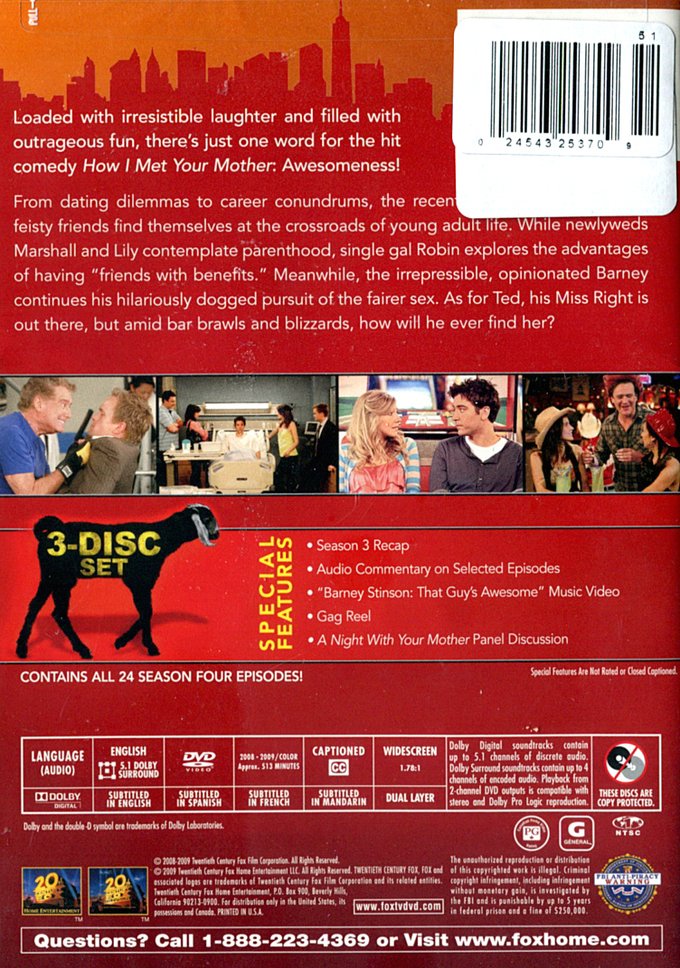 Though HOW I MET YOUR MOTHER has the look of a traditional, multi-camera sitcom, this comedy has all the fun and smarts of fellow critical darlings 30 ROCK and ARRESTED DEVELOPMENT. Told via a giant flashback, the twist-filled series is narrated from the perspective of Ted Mosby (the unreliable, disembodied voice of Bob Saget) in the year 2030 as he tells his daughter and son how he met their mother more than 20 years ago. Young Ted (Josh Radnor) is inspired by the romance of his roommate Marshall (FORGETTING SARAH MARSHALL's Jason Segel) and Lily (BUFFY's Alyson Hannigan), and he decides to embark on his own search for love. Aided in his quest by wingman Barney "Have you met Ted'" Stinson (Neil Patrick Harris), Ted looks all over New York City for the future Mrs. Mosby. The hilarious fourth season picks up shortly after Stella (Sarah Chalke) accepts Ted's rash proposal of marriage, and tracks their rapid, disaster-laden path to the (ill-fated) altar.

Loaded with irresistible laughter and filled with outrageous fun, there's just one word for the hit comedy How I Met Your Mother: Awesomeness!
From dating dilemmas to career conundrums, the recently engaged Ted and his feisty friends find themselves at the crossroads of young adult life. While newlyweds Marshall and Lily contemplate parenthood, single gal Robin explores the advantages of having "friends with benefits." Meanwhile, the irrepressible, opinionated Barney continues his hilariously dogged pursuit of the fairer sex. As for Ted, his Miss Right is out there, but amid bar brawls, blizzards, and buck-naked strangers, how will he ever find her'