The Face at the Window

A respected aristocrat and his hideously deformed and deranged brother are responsible for a series of gruesome crimes in Paris. 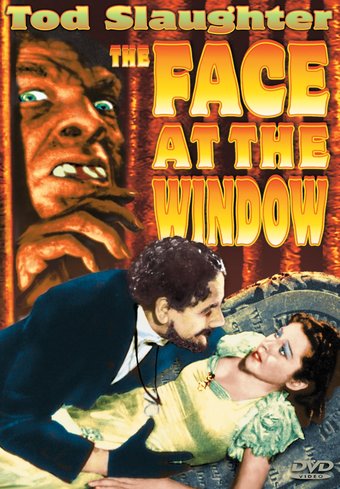 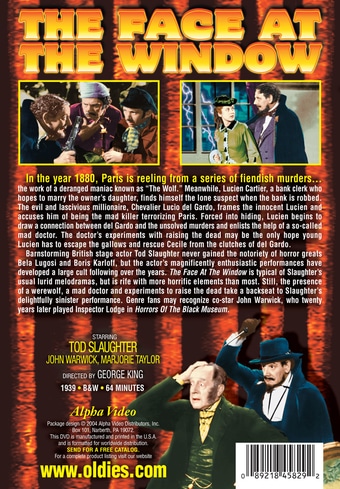 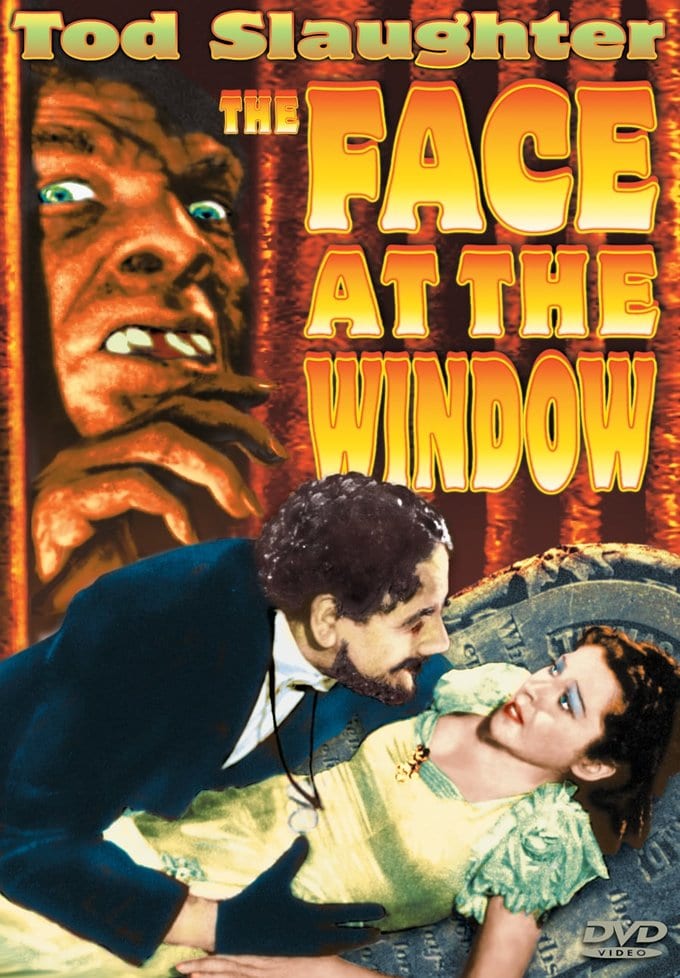 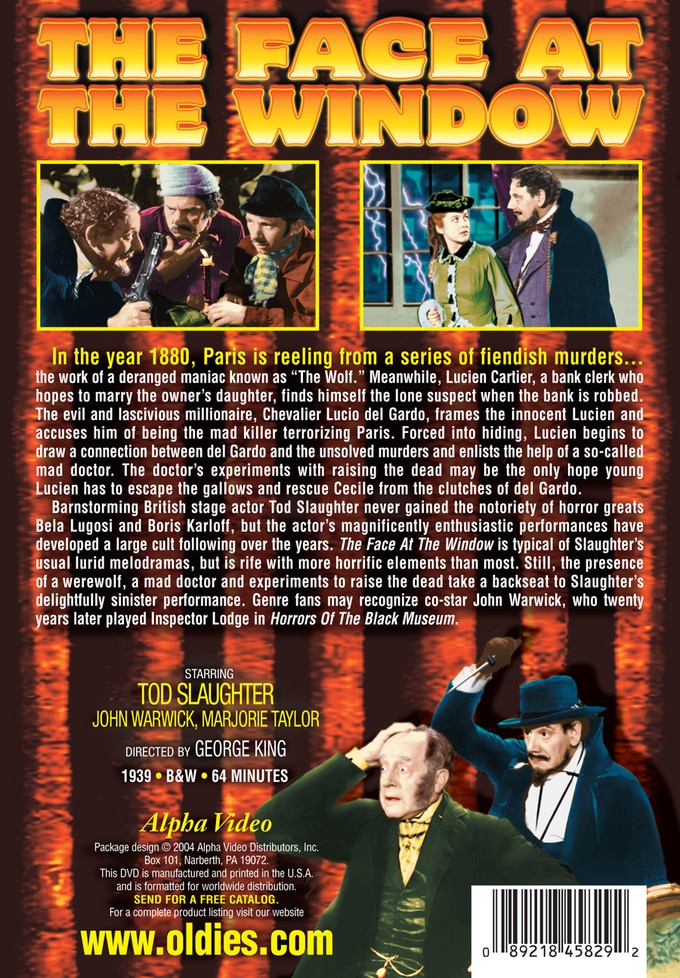 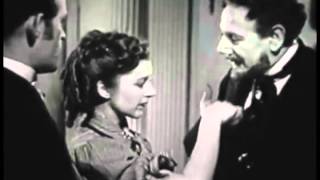 In the year 1880, Paris is reeling from a series of fiendish murders... the work of a deranged maniac known as "The Wolf." Meanwhile, Lucien Cartier, a bank clerk who hopes to marry the owner's daughter, finds himself the lone suspect when the bank is robbed. The evil and lascivious millionaire, Chevalier Lucio del Gardo, frames the innocent Lucien and accuses him of being the mad killer terrorizing Paris. Forced into hiding, Lucien begins to draw a connection between del Gardo and the unsolved murders and enlists the help of a so-called mad doctor. The doctor's experiments with raising the dead may be the only hope young Lucien has to escape the gallows and rescue Cecile from the clutches of del Gardo.

Barnstorming British stage actor Tod Slaughter never gained the notoriety of horror greats Bela Lugosi and Boris Karloff, but the actor's magnificently enthusiastic performances have developed a large cult following over the years. The Face At The Window is typical of Slaughter's usual lurid melodramas, but is rife with more horrific elements than most. Still, the presence of a werewolf, a mad doctor and experiments to raise the dead take a backseat to Slaughter's delightfully sinister performance. Genre fans may recognize co-star John Warwick, who twenty years later played Inspector Lodge in Horrors Of The Black Museum.

A horror classic featuring a hideous face at the window, a horrible family secret and a mad doctor.

In Paris, circa 1880, a wicked killer known as "The Wolf" murders people while they are distracted by his ugly, dim-witted brother. As police search for the slayer, a mad doctor with the ability to bring corpses back to life offers to revive one of The Wolf's victims, who can then identify the murderer. Will a voice from the grave trap The Wolf'

50%off
Tod Slaughter Vintage Terror Collection (Murder In The Red...
$23.94 on Sale
Add to Cart

Customer Rating:
Based on 559 ratings.


Forget Karloff & Lugosi. Forget Cushing & Lee, even Price and the Chaneys. Tod is king of horror for one very important reason - he quite evidently enjoys his work. This was the first Tod film I saw and - having heard so much about him prior to this - I feared disappointment. No worries. Despite the cardboard settings and woeful support cast, from the moment he strides masterfully in, we are in the capable hands of a classic film villain. The opening murder with the eerie wolf howl on the soundtracks sets the scene perfectly and then we are treated to an acting masterclass from the great man himself. Whether innocently acting the concerned friend, lecherously trying to sneak a kiss from the heroine, threatening his low-life confederates with a grisly end if they cross him or, worst of all, holding somewhat one-sided conversations with his demented foster brother, Tod holds the film together. The Chevalier is underplayed by Tod compared to Sweeney Todd - but seldom has one man wiggled his eyebrows to more sinister effect. It's a great pity that Universal studios didn't try to to entice him over for their classic horror cycle - Tod would've made a far more spirited Dracula than John Carradine in the later sequels and can't you just see him going toe to toe with Basil Rathbone's Sherlock Holmes. Shame nobody thought of putting him up against Arthur Wontner's in the UK. The double-exposure effects for the appearance of the "face" are well done for their time and the whole film compares favourably with the Universal classics of the period.

The production values are far higher than is normal for a British quota quickie of the period. The contrast between the spacious elegant rooms of the moneyed classes and the clutter of the Blind Rat - with a wealth of extras and charming Parisian detail such as the dancers - more than foreshadows the class-consciousness Hammer brought to its gothics a few decades later. So does the violent action with Lucien using an oil lamp to devastating effect - his disguise as "Renard" could have been a bit more convincing - and Tod making a sudden getaway by leaping from the window of the scientist's house and swimming the Seine to safety. John Warwick and Marjorie Taylor make an appealing couple - although Warwick is no match for Eric Portman in the earlier melodramas - and George King is improving as a director with a tightly edited montage of tense faces as the "corpse" slowly stirs into action to write its incriminating message. Tod is less of a central figure with whom we are expected to side with - even through his setbacks - as Stephen Hawke and Sir Percival Glyde were, but is still a marvellously blackhearted villain, as seen in his unsporting behaviour at the duel with pistols with Lucien. This is his finest film.

Another Tod Slaughter must-have Movie Lover: call me Z from somewhere out there -- May, 12, 2006


A killer called The Wolf is on the loose in 1880's Paris. A young bank clerk named Lucien becomes a suspect when The Wolf robs the bank, but there's also a millionaire named Chevalier around, and he's played by Tod Slaughter, who always plays the most nefarious bad guys possible, so you don't have to be Fellini to figure out what's going on. Slaughter and Lucien both have their eyes on the owner of the bank's daughter; Lucien because he's in love with her, Slaughter because of greed. Slaughter plans to get rid of Lucien as soon as possible, but Lucien is friends with a mad doctor who's doing experiments on raising the dead via electricity. He wants to resurrect one of The Wolf's victims so he can name the murderer. Slaughter frames Lucien for one of The Wolf's crimes, but Slaughter is doing the killings himself with the aid of his deformed idiot brother, who peeks in the window to horrify the victims with his bestial drooling while Slaughter stabs them in the back. Lucien fights back, and a series of evil events follow. Another dated but fun Tod Slaughter horror flick, with Tod a bit more restrained that usual, but still gleefully sinister, even with a mustache and beard and pretending to be French.