That Cold Day in the Park R

How far will a woman go?

1.5K ratings
Currently Out of Stock: We'll get more as soon as possible
Notify Me When Available
Add to Wishlist
Format:  DVD
sku:  KAG7
Our customers love us! 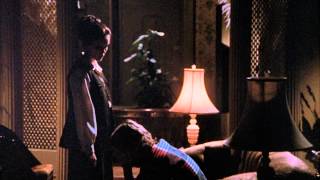 That Cold Day in the Park - Trailer

A lonely woman (the late Sandy Dennis) entices a young man (Michael Burns) into her home in a seeming act of kindness. Soon, her compassion for him becomes a dangerous compulsion and she decides to keep him as her possession. As he fights to keep her fantasy from becoming his reality, the situation becomes a deadly nightmare of obsession in this chilling, early Robert Altman film.

Robert Altman's first major film as a director--discounting 1968's COUNTDOWN, in which he was fired for overlapping characters' dialogue--is a disturbing study of one woman's loneliness and eventual descent into insanity. The film, set in Vancouver, follows Frances Austen (the late Sandy Dennis), who spends her days mixing with the older friends and relatives of her deceased mother. At a dinner party one afternoon, she notices through her window a boy sitting in the park on his own for hours. When her guests leave and it begins to rain, she offers the boy refuge in her apartment. The boy (Michael Burns) appears to be a mute, and Frances, grateful for his company, continues to take care of him. It turns but that he's actually a free spirit who is simply going along for the ride. Gradually, however, Frances's fear of losing him drives her to desperate behavior, and the depths of her infatuation finally erupt. Many of Altman's trademark stylistic devices are introduced in this dark, moody thriller, which stands as the debut of one of Hollywood's most original artists.