Law of The Lash

The whip-yielding Cheyenne Kid makes his debut in this excellent and original cowboy classic. 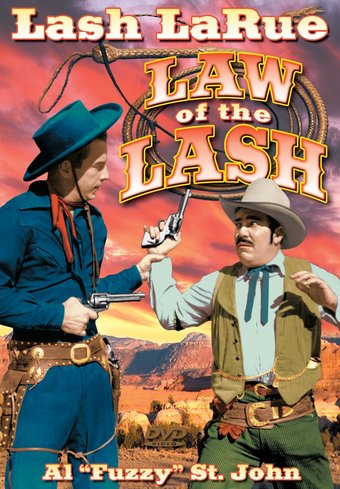 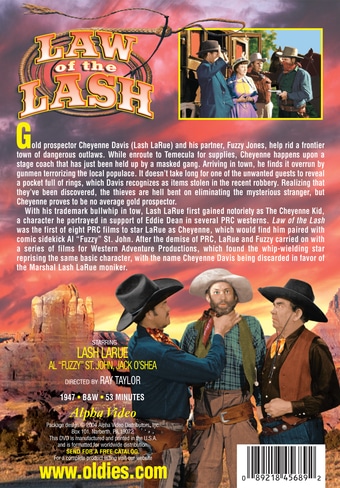 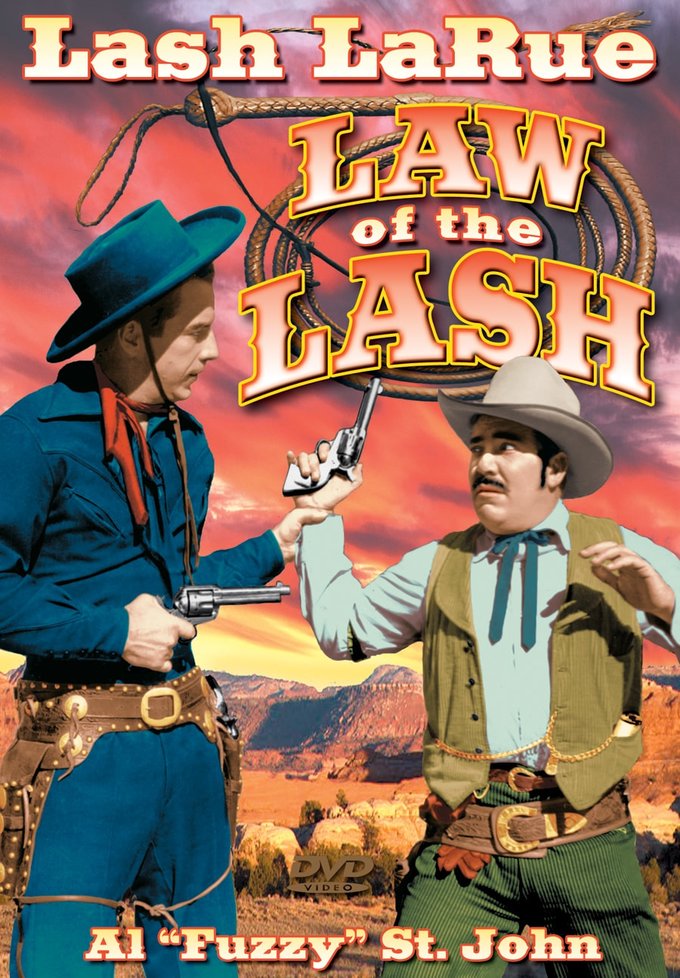 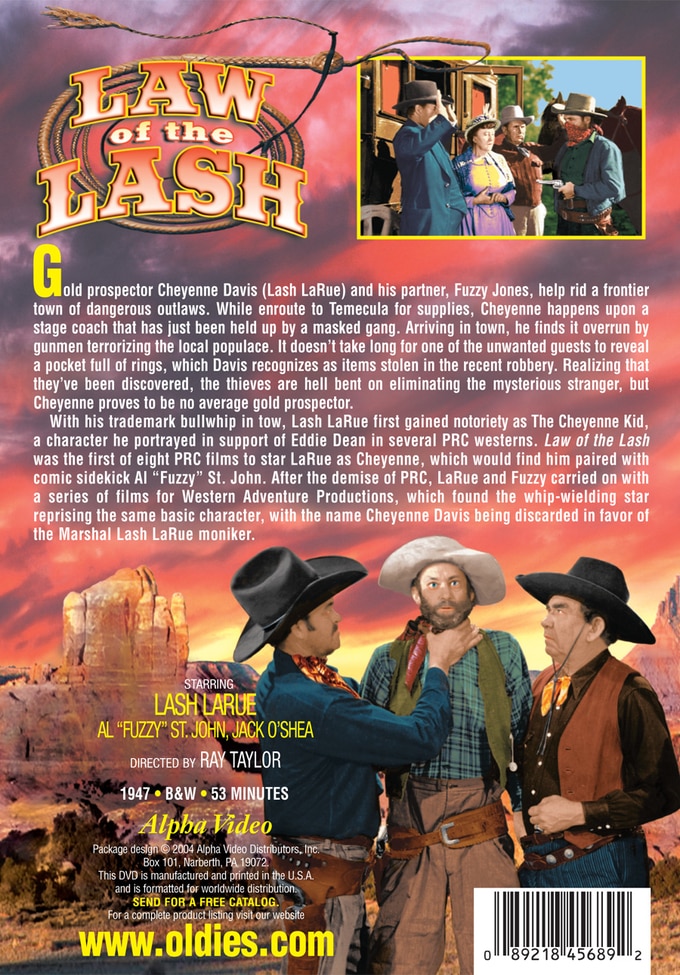 Gold prospector Cheyenne Davis (Lash LaRue) and his partner, Fuzzy Jones, help rid a frontier town of dangerous outlaws. While en route to Temecula for supplies, Cheyenne happens upon a stage coach that has just been held up by a masked gang. Arriving in town, he finds it overrun by gunmen terrorizing the local populace. It doesn't take long for one of the unwanted guests to reveal a pocket full of rings, which Davis recognizes as items stolen in the recent robbery. Realizing that they've been discovered, the thieves are hell bent on eliminating the mysterious stranger, but Cheyenne proves to be no average gold prospector.

With his trademark bullwhip in tow, Lash LaRue first gained notoriety as The Cheyenne Kid, a character he portrayed in support of Eddie Dean in several PRC westerns. Law of the Lash was the first of eight PRC films to star LaRue as Cheyenne, which would find him paired with comic sidekick Al "Fuzzy" St. John. After the demise of PRC, LaRue and Fuzzy carried on with a series of films for Western Adventure Productions, which found the whip-wielding star reprising the same basic character, with the name Cheyenne Davis being discarded in favor of the Marshal Lash LaRue moniker.

With the trademark bullwhip, Lash LaRue plays an undercover marshall out to get a gang of outlaws.

The Fighting Vigilantes
$14.50
Add to Cart

Customer Rating:
Based on 160 ratings.


Lash LaRue beats the bad guys with a whip that's faster than a quick draw. Dressed all in black and wearing a rather odd hat, LaRue walks off in the final scene with the daughter of the owner of the general store. Pay attention when Al Fuzzy St John's on screen; he saves the film!


Lash LaRue may not be remembered today as well as Roy Rogers, Hopalong Cassidy or Gene Autry, but in his day he was a major B-Western force. Lash LaRue and the Durango Kid films of the 40's probably kept the genre alive. After a contract dispute Buster Crabbe left the studio that was producing the wonderful "Billy the Kid" series. The studio simply replaced him with a new actor and new character. Fuzzy St. John had been Buster's sidekick and stayed on as LaRue's. The series brought in all the great elements of the old westerns, with the new twist that the hero relied on his whip as much as he did on his six-shooter. This is a great introduction to the series. Hopefully more will be coming.