The story of a woman's shame! 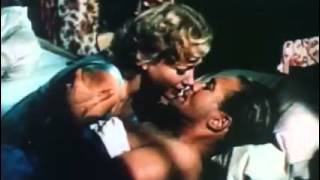 A down-on-its-luck American carnival travels to Germany in search of success. Beautiful but poor Willie (Ann Baxter) attends a show and picks the pocket of the carnival's owner, Joe Hammond (Steve Cochran). He catches her and seems to take pity. Hammond gives her a job as a dishwasher, only to use his control over her to fulfill his own sexual desires. When Willie meets daredevil high-diver Frank Colloni (Lyle Bettger), it is love at first sight. Collini trains Willie to be his trapeze partner, and soon she becomes the star of the show. Their budding romance is doomed when jealousy, lies and greed turn their love story into a tale of mystery... and murder.

The classic story of an ambitious German girl (Anne Baxter) who joins a traveling carnival and eventually becomes a high-wire superstar. A dramatic love triangle follows when she unknowingly captures the hearts of two circus performers who vie for her attention. Directed by Kurt Newman (THE FLY - 1958).

25%off
Fire Monsters Against The Son of Hercules
$5.95 Spring Sale
Add to Cart