Life is a Cabaret. 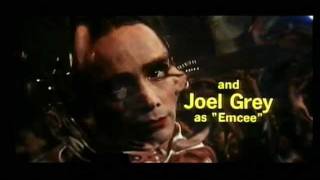 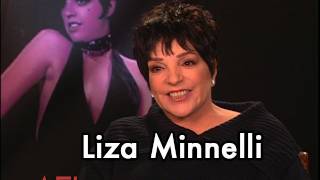 Liza Minnelli on Creating the Look of CABARET (Featurette) 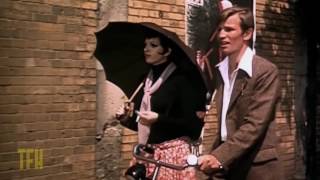 The final shot of the hit film CABARET is a Nazi meeting reflected in a mirror, providing the chilling historical subtext for this groundbreaking musical movie, set in prewar Berlin. Not since GONE WITH THE WIND (1939) had Hollywood produced a more successful film. CABARET was a convention-shattering story that dealt with themes like bisexuality that were still under the radar in the US. Additionally, CABARET made the enormously talented Liza Minnelli an American icon.

Minnelli plays Sally Bowles, an aspiring singer and dancer. The main plot revolves around her relationship with two different men and her life as a singer at the Kit Kat Klub. The film utilizes the traditional conventions of American musical theater while adding in the fiendishly painted Master of Ceremonies (Joel Grey) who comments on the proceedings through song and dance. Director Bob Fosse showcases the range of his vision as a director of stage and screen, serving as both choreographer and musical director.

Based on the Kander-Ebb musical from John van Druten's play I AM A CAMERA (which, in turn, was derived from Christopher Isherwood's novel GOODBYE
TO BERLIN), CABARET was nominated for 10 Academy Awards and won eight,
making it one of the most acclaimed films in movie history.

Sally Bowles, a singer at the Kit Kat Klub, is an American caught up in the faux-glamour of prewar Berlin. Although Sally giddily ignores the decadence that has begun to permeate every aspect of society, her Jewish friend Natasha cannot; Natasha constantly faces persecution by Nazi authorities, and her lover has entirely hidden his Jewish identity.
But Sally continues to bury herself in her own problems: in addition to the difficulties of sharing her bisexual English lover with a wealthy German homosexual, she keeps getting more and more drawn in by the sleazy and sinister atmosphere of the Kit Kat Klub.