The Texas Rangers: Enemy of The Law 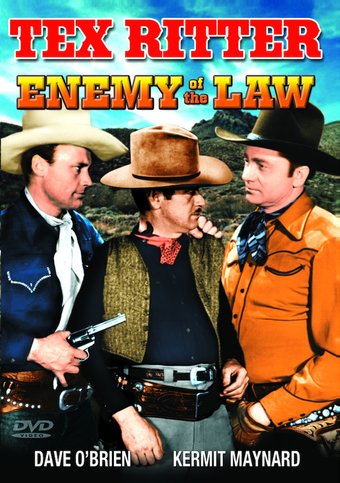 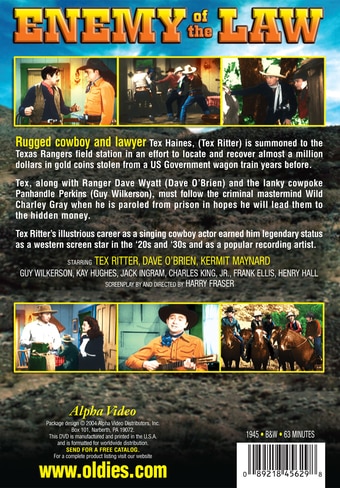 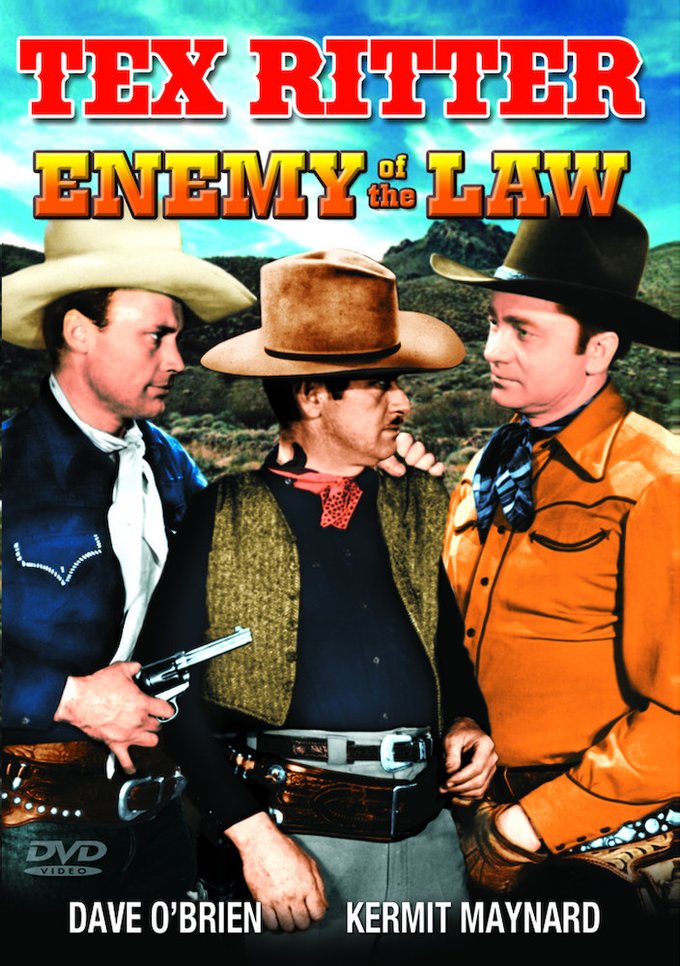 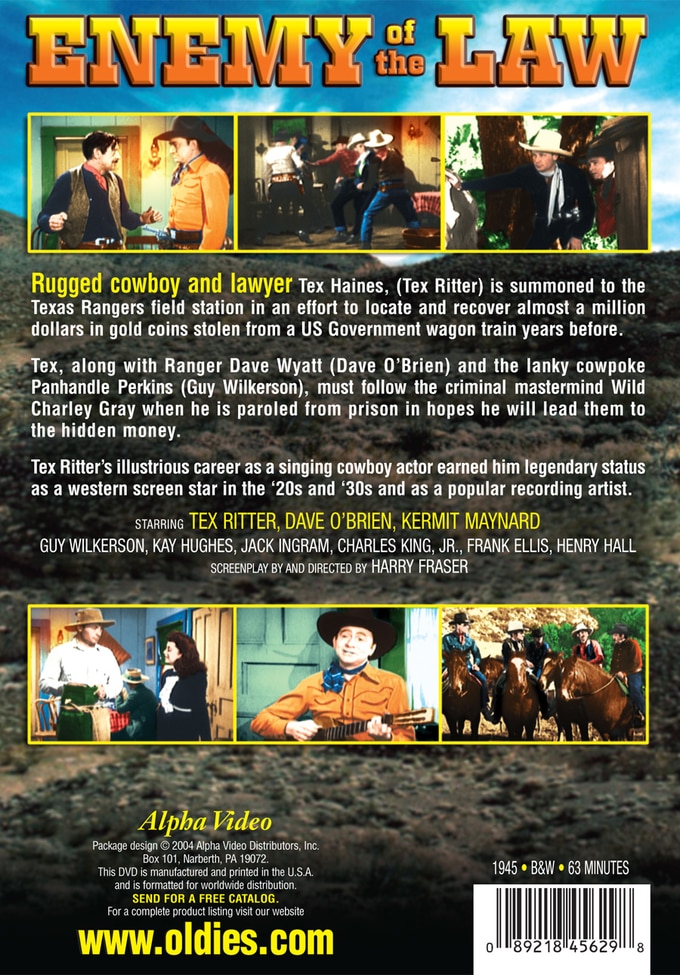 Rugged cowboy and lawyer Tex Haines, (Tex Ritter) is summoned to the Texas Rangers field station in an effort to locate and recover almost a million dollars in gold coins stolen from a US Government wagon train years before. Tex, along with Ranger Dave Wyatt (Dave O'Brien) and the lanky cowpoke Panhandle Perkins (Guy Wilkerson), must follow the criminal mastermind Wild Charley Gray when he is paroled from prison in hopes he will lead them to the hidden money. Tex Ritter's illustrious career as a singing cowboy actor earned him legendary status as a western screen star in the '20s and '30s and as a popular recording artist.

The Texas Rangers set out to recover some long lost loot that was stashed away by a gang of outlaws.

Vintage | Good Vs. Evil | Outlaws
This product is made-on-demand by the manufacturer using DVD-R recordable media. Almost all DVD players can play DVD-Rs (except for some older models made before 2000) - please consult your owner's manual for formats compatible with your player. These DVD-Rs may not play on all computers or DVD player/recorders. To address this, the manufacturer recommends viewing this product on a DVD player that does not have recording capability.

25%off
The Texas Rangers: The Whispering Skull
$5.95 on Sale
Add to Cart