A widowed gossip columnist trie to raise a ten year son while trying to balance a career and romances in four rare episodes of this 1950's TV sitcom. 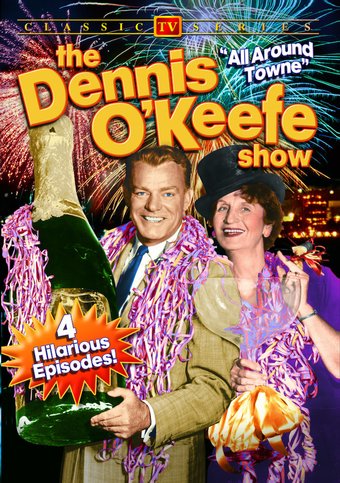 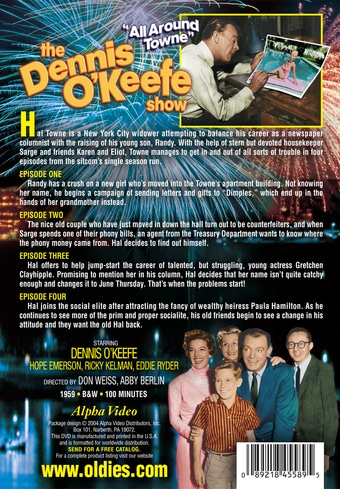 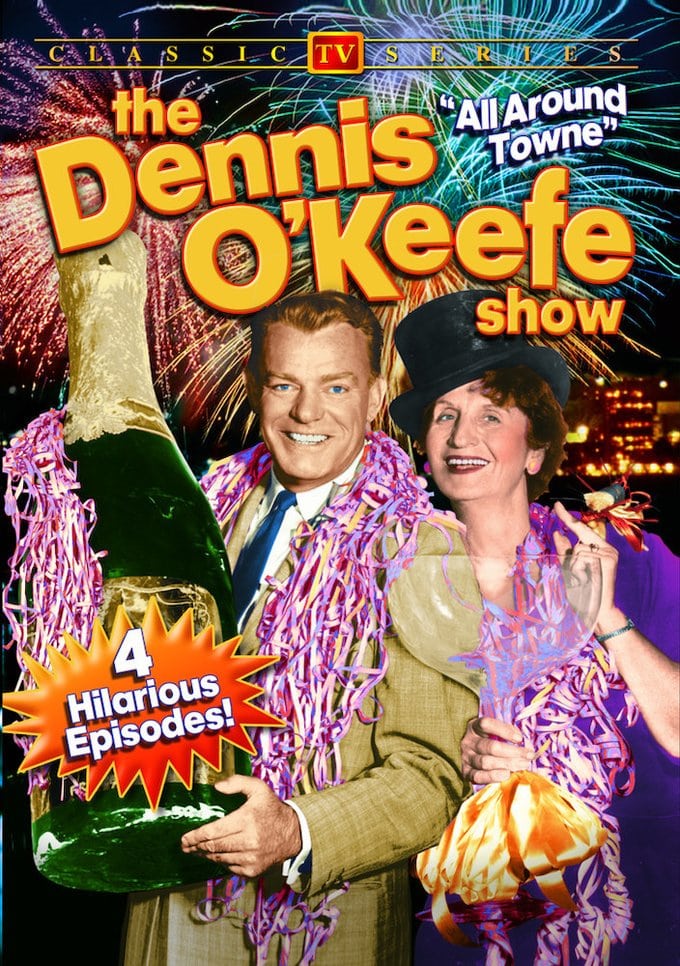 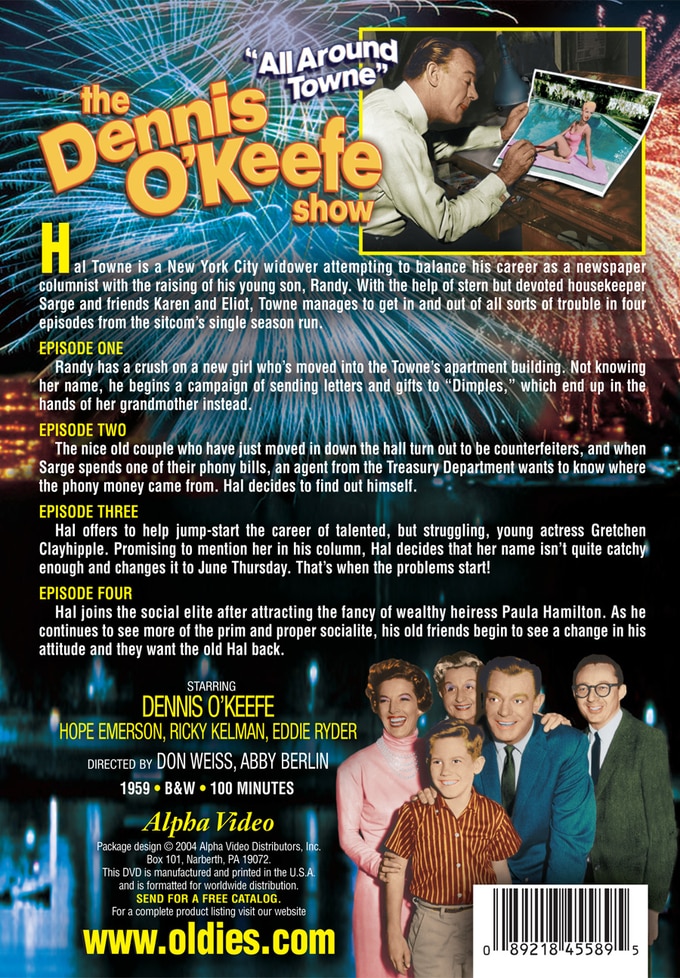 Hal Towne is a New York City widower attempting to balance his career as a newspaper columnist with the raising of his young son, Randy. With the help of stern but devoted housekeeper Sarge and friends Karen and Eliot, Towne manages to get in and out of all sorts of trouble in four episodes from the sitcom's single season run.

Episode 1: Randy has a crush on a new girl who's moved into the Towne's apartment building. Not knowing her name, he begins a campaign of sending letters and gifts to "Dimples," which end up in the hands of her grandmother instead.

Episode 2: The nice old couple who have just moved in down the hall turn out to be counterfeiters, and when Sarge spends one of their phony bills, an agent from the Treasury Department wants to know where the phony money came from. Hal decides to find out himself.

Episode 3: Hal offers to help jump-start the career of talented, but struggling, young actress Gretchen Clayhipple. Promising to mention her in his column, Hal decides that her name isn't quite catchy enough and changes it to June Thursday. That's when the problems start!

Episode 4: Hal joins the social elite after attracting the fancy of wealthy heiress Paula Hamilton. As he continues to see more of the prim and proper socialite, his old friends begin to see a change in his attitude and they want the old Hal back.

Comedic talent Dennis O'Keefe was the 1950s equivalent of family-friendly entertainers like Ray Romano and Tim Allen. Parlaying his gifts into a popular, yet short-lived, television sitcom, O'Keefe became a small screen star. The actor plays New York City widower Hal Towne, whose attempts to balance single parenthood, a high-pressured career, and romantic entanglements are at turns hilarious and touching. Included here are four classic episodes, all originally broadcast in 1959.


Unlike many TV series released by Alpha Video, This one is really forgettable. However, It is watchable, with good if bland writing. It isn't a classic for the ages, But it does have a certain charm.