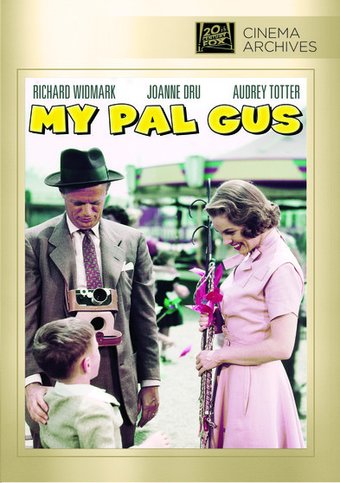 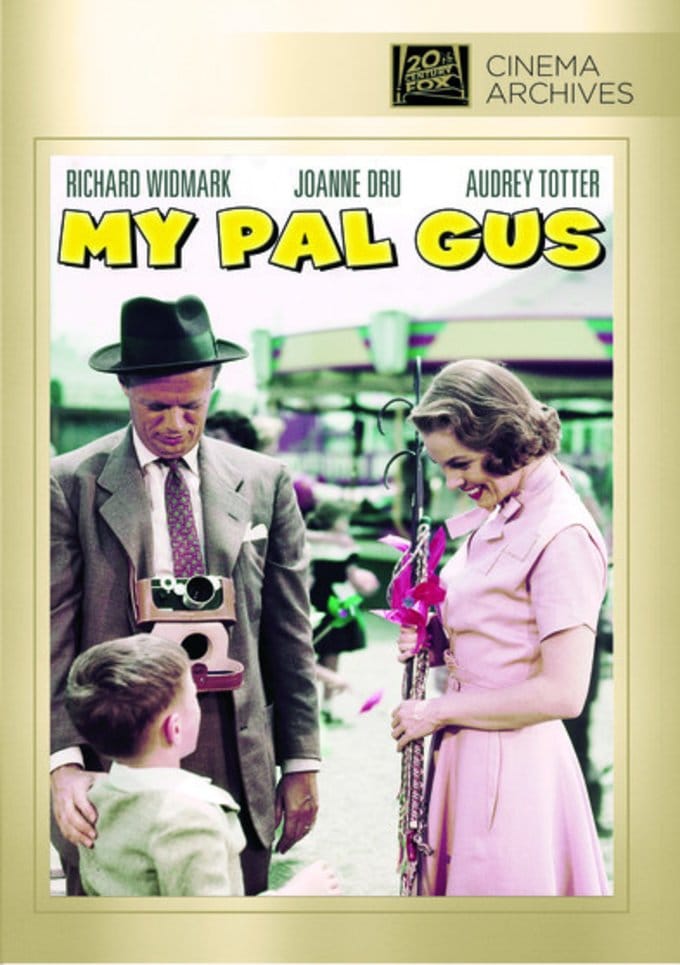 The divorced father of a mischievous boy sends his son to day-care and falls in love with the teacher, but soon his ex-wife appears and begins making demands.

Gus (George Winslow) is the young son of divorced industrialist Dave Jennings (Richard Widmark). Unable to cope with Gus' mischievous streak, Jennings places the boy in a day-care center. Gus' teacher Lydia Marble (Joanne Dru) manages to curb the boy's prankishness, and along the way falls in love with Jennings. Enter the villainess of the piece: Jennings' ex-wife Joyce (Audrey Totter), who claims that the divorce is invalid and demands a huge sum from Jennings, lest she claim custody of Gus. In the end, it comes down to priorities: does Jennings value his son over his money, or vice versa' MY PAL GUS is no KRAMER VS. KRAMER, but it does pass the time in an agreeable manner.
This product is made-on-demand by the manufacturer using DVD-R recordable media. Almost all DVD players can play DVD-Rs (except for some older models made before 2000) - please consult your owner's manual for formats compatible with your player. These DVD-Rs may not play on all computers or DVD player/recorders. To address this, the manufacturer recommends viewing this product on a DVD player that does not have recording capability.

The Young Philadelphians
$16.20
Add to Cart

Something For The Birds (DVD-R)
$19
Add to Cart