Kindly Dr. Christian is confronted by con-men who attempt to scam the entire town with a fake oil well. 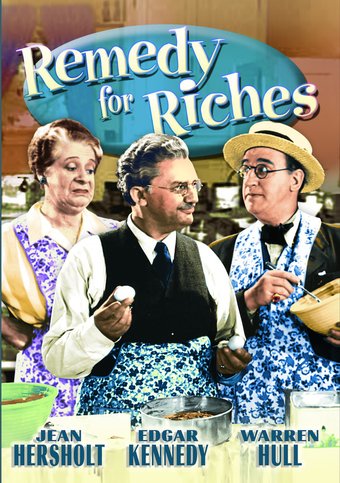 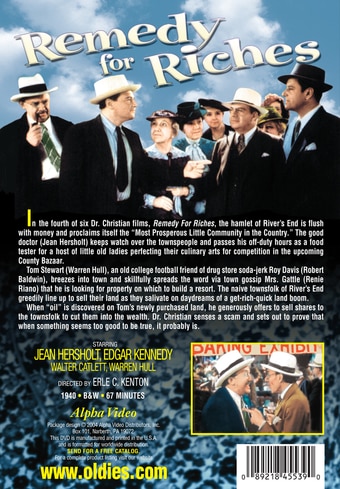 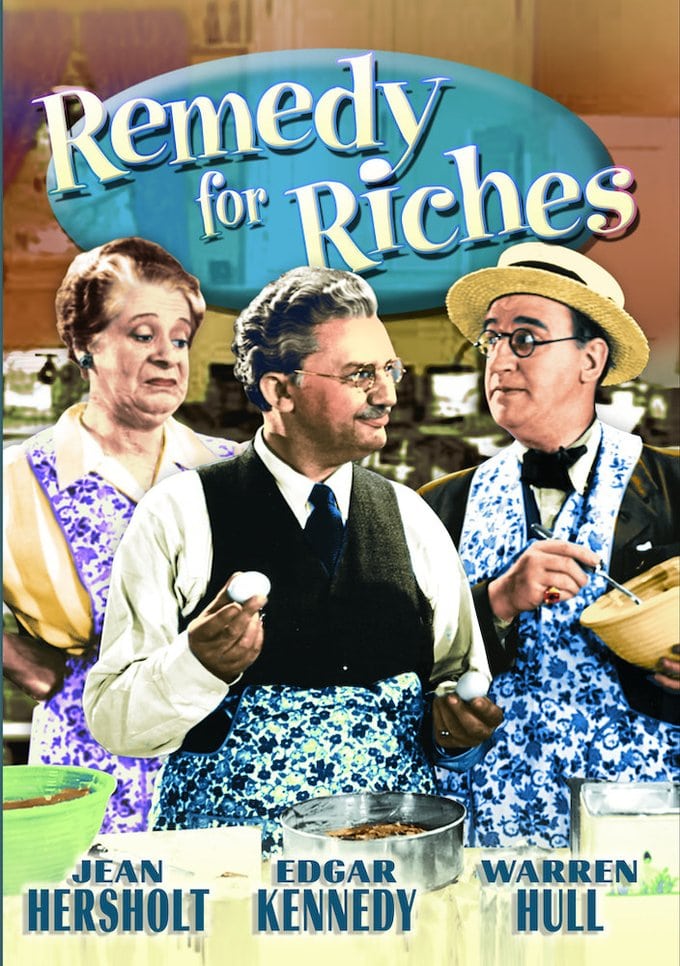 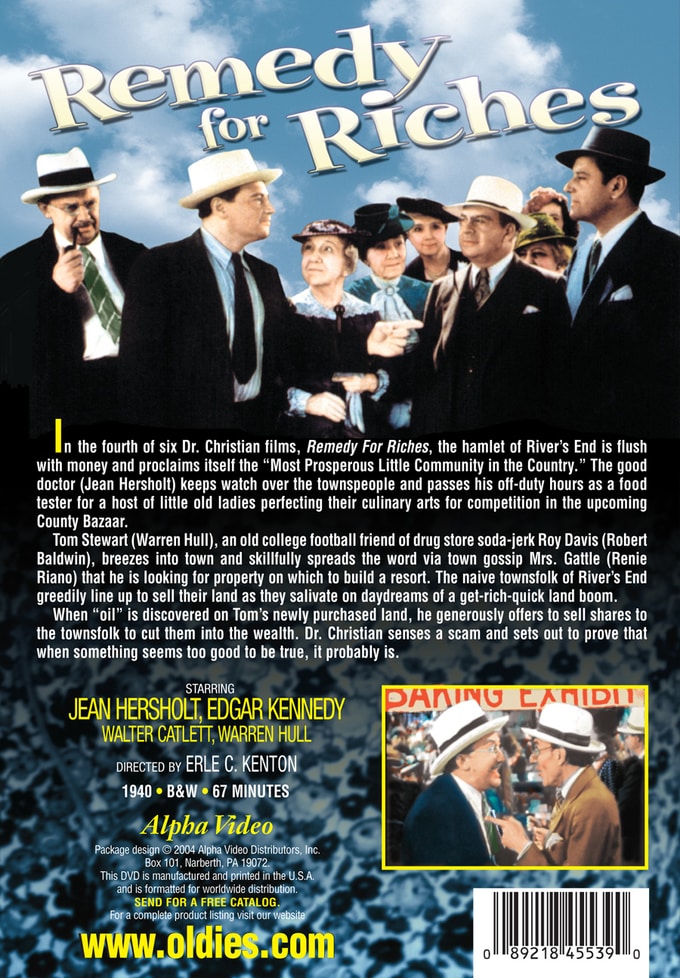 In the fourth of six Dr. Christian films, Remedy For Riches, the hamlet of River's End is flush with money and proclaims itself the "Most Prosperous Little Community in the Country." The good doctor (Jean Hersholt) keeps watch over the townspeople and passes his off-duty hours as a food tester for a host of little old ladies perfecting their culinary arts for competition in the upcoming County Bazaar.

Tom Stewart (Warren Hull), an old college football friend of drug store soda-jerk Roy Davis (Robert Baldwin), breezes into town and skillfully spreads the word via town gossip Mrs. Gattle (Renie Riano) that he is looking for property on which to build a resort. The naive townsfolk of River's End greedily line up to sell their land as they salivate on daydreams of a get-rich-quick land boom.

When "oil" is discovered on Tom's newly purchased land, he generously offers to sell shares to the townsfolk to cut them into the wealth. Dr. Christian senses a scam and sets out to prove that when something seems too good to be true, it probably is.

There's a fraud in town and it happens to be Dr. Christian's friend. Will he expose his old friend's scheme to the townspeople'


What fun I have had watching the Dr. Christian series. There are 6 in the series and Oldies.com has them all! I so enjoyed Jean Hersholt's performance that I started to believe he really was a doctor. The preservation of these films are not great, but certainly very watchable. Try them, I think you will enjoy them!