The Residents Ghost of Hope 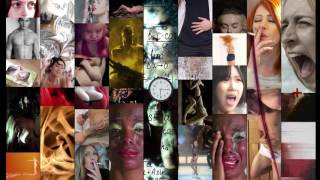 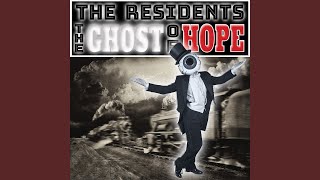 Horrors of the Night (Music Video)

The Ghost of Hope is another new starting place for the Residents, and a bit of background is in order for this album. It's the first album of all-new material in quite some time. Released in early 2017, it was actually started several years earlier and postponed as the Talking Light project morphed into a trilogy of tours and albums. As the tours continued, the Resident who has become known as "Charles Bobuck" decided first to stop touring with the band, then to leave the Residents altogether (roughly coincidental with Hardy Fox leaving the Cryptic Corporation). So this is the final Residents project of one of the original Residents.
The album was inspired by and recounts in song a number of train wrecks from the late 19th and early 20th centuries. They weren't pretty. Train wrecks were actually quite gruesome. Each wreck gets a historical description separate from the song itself (much like Wormwood); then we get the song itself and sometimes yet another perspective from a participant or observer (much like Animal Lover). The sounds of the environment also play a large role, like they did on albums like Coochie Brake and Eskimo. Also harking back to the past, parts of "Shroud of Flames" (especially the vocals) would not sound out of place at all on Not Available! The voice of "Randy" is still present, but he's not really the character Randy Rose anymore, just "the singing Resident." In addition, several other voices are featured, so it seems they've left behind the assumed characters and reverted back to the world's most anonymous/unknown band/concept. But even as they acknowledge the past, they're moving toward the future. The production is decidedly modern, for the most part, and it's clear that they're continuing on despite the departure of one of their main creators (they're already working on a new tour/stage show unrelated to The Ghost of Hope). While longtime fans may sense the absence of Bobuck in certain spots, it's a Residents album through and through, with all the atmosphere and Residential perspective one could ask for. ~ Sean Westergaard

The Residents
Theory of Obscurity: A Film About The Residents (Blu-ray)
$31.90 Super Savings
Add to Cart

45%off
The Velvet Underground
Icon
$4.98 on Sale
Add to Cart