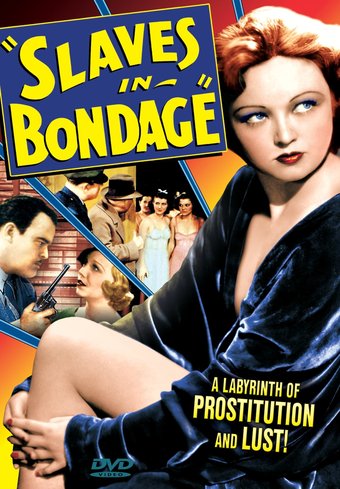 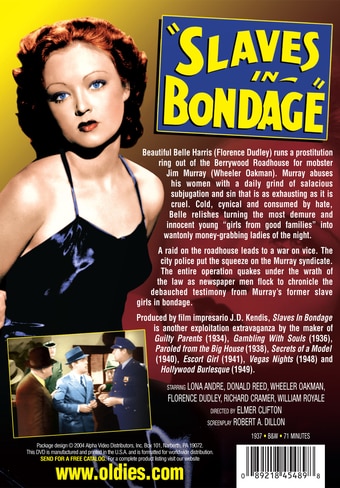 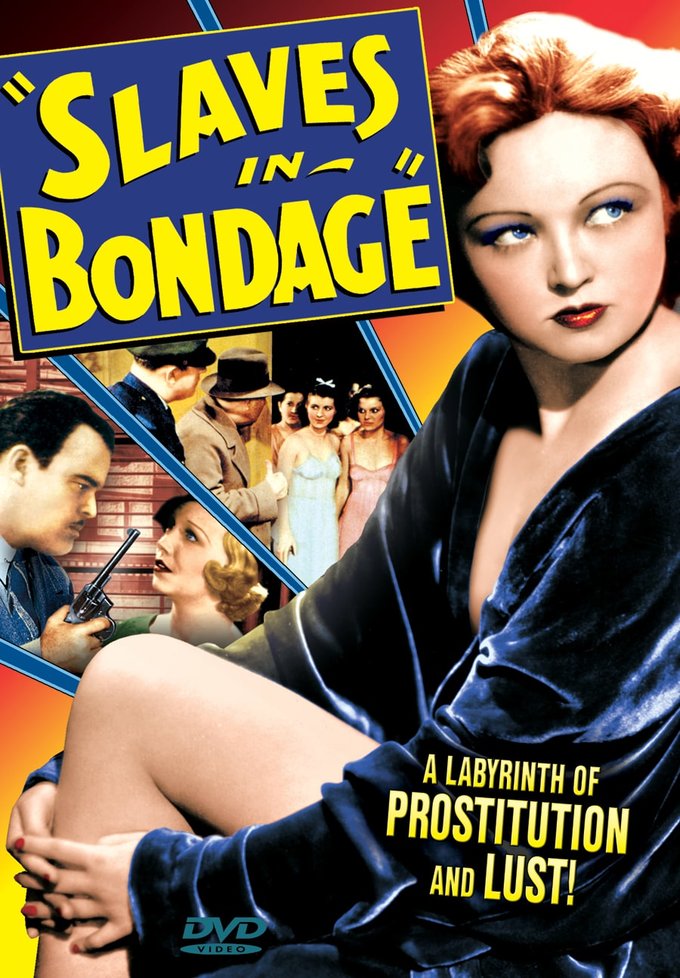 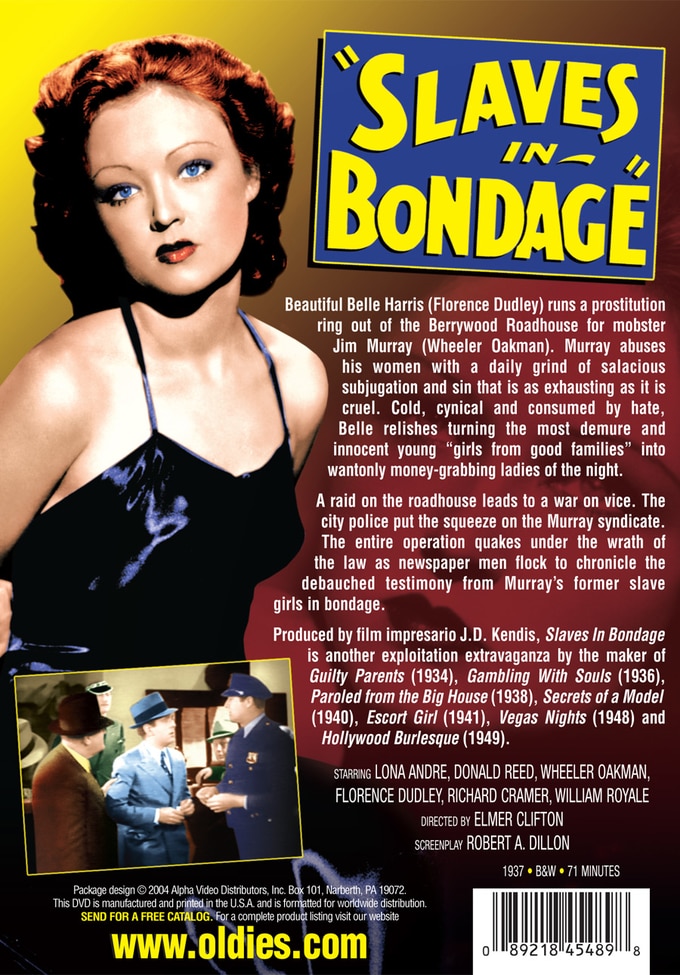 Beautiful Belle Harris (Florence Dudley) runs a prostitution ring out of the Berrywood Roadhouse for mobster Jim Murray (Wheeler Oakman). Murray abuses his women with a daily grind of salacious subjugation and sin that is as exhausting as it is cruel. Cold, cynical and consumed by hate, Belle relishes turning the most demure and innocent young "girls from good families" into wantonly money-grabbing ladies of the night. A raid on the roadhouse leads to a war on vice. The city police put the squeeze on the Murray syndicate. The entire operation quakes under the wrath of the law as newspaper men flock to chronicle the debauched testimony from Murray's former slave girls in bondage.

It's not a comedy, but this early exploitation film is about high society girls who fall prey to nightlives full of sin, scandal and... spankings.

Campy | Cult Film | Vintage | Substance Abuse | Racy | Exploitation | Documentary | Road To Ruin
This product is made-on-demand by the manufacturer using DVD-R recordable media. Almost all DVD players can play DVD-Rs (except for some older models made before 2000) - please consult your owner's manual for formats compatible with your player. These DVD-Rs may not play on all computers or DVD player/recorders. To address this, the manufacturer recommends viewing this product on a DVD player that does not have recording capability.