An impoverished innocent man is accused of robbery after he falls for a wealthy woman. 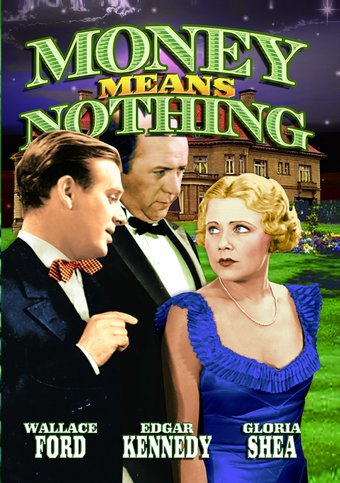 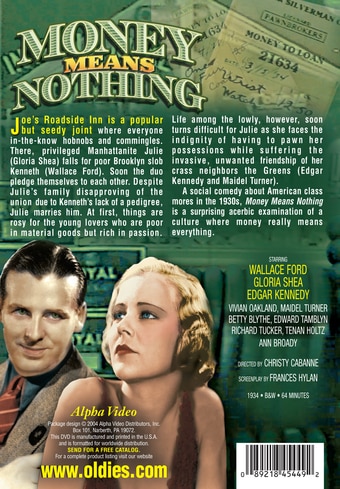 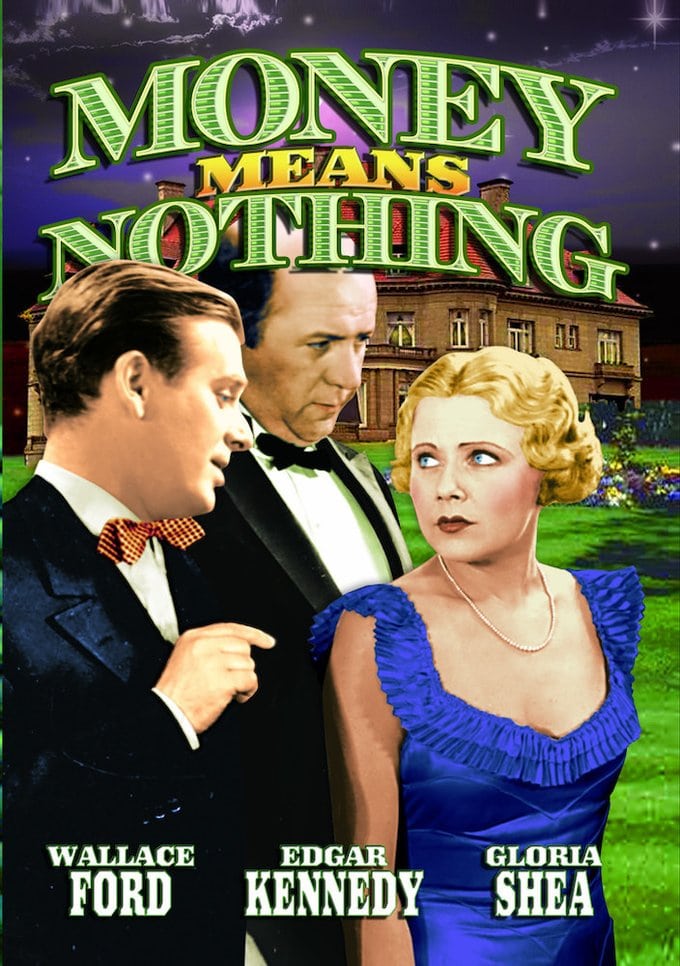 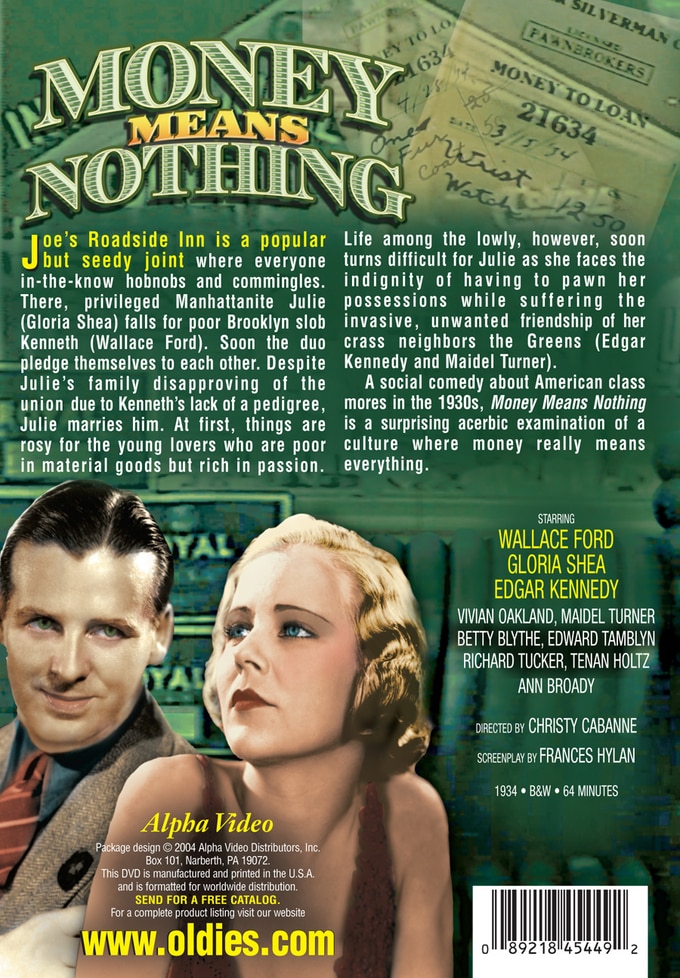 Joe's Roadside Inn is a popular but seedy joint where everyone in-the-know hobnobs and commingles. There, privileged Manhattanite Julie (Gloria Shea) falls for poor Brooklyn slob Kenneth (Wallace Ford). Soon the duo pledge themselves to each other. Despite Julie's family disapproving of the union due to Kenneth's lack of a pedigree, Julie marries him. At first, things are rosy for the young lovers who are poor in material goods but rich in passion. Life among the lowly, however, soon turns difficult for Julie as she faces the indignity of having to pawn her possessions while suffering the invasive, unwanted friendship of her crass neighbors the Greens (Edgar Kennedy and Maidel Turner).

A social comedy about American class mores in the 1930s, Money Means Nothing is a surprising acerbic examination of a culture where money really means everything.

When a boy from Brooklyn marries a wealthy Manhattan socialite, their families collide in this Depression-era comedy.