Red Skelton along with his many characters are featured in four vintage classic comedy shows. 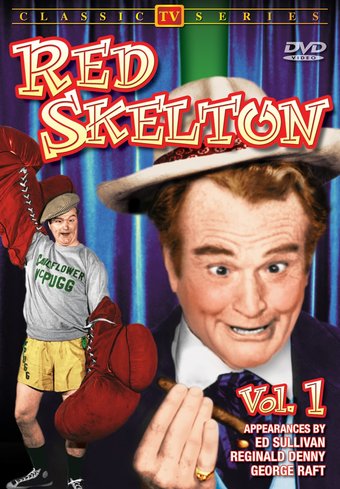 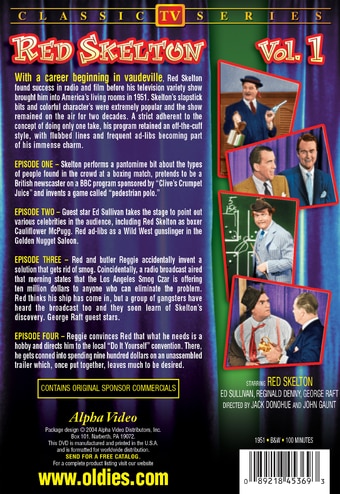 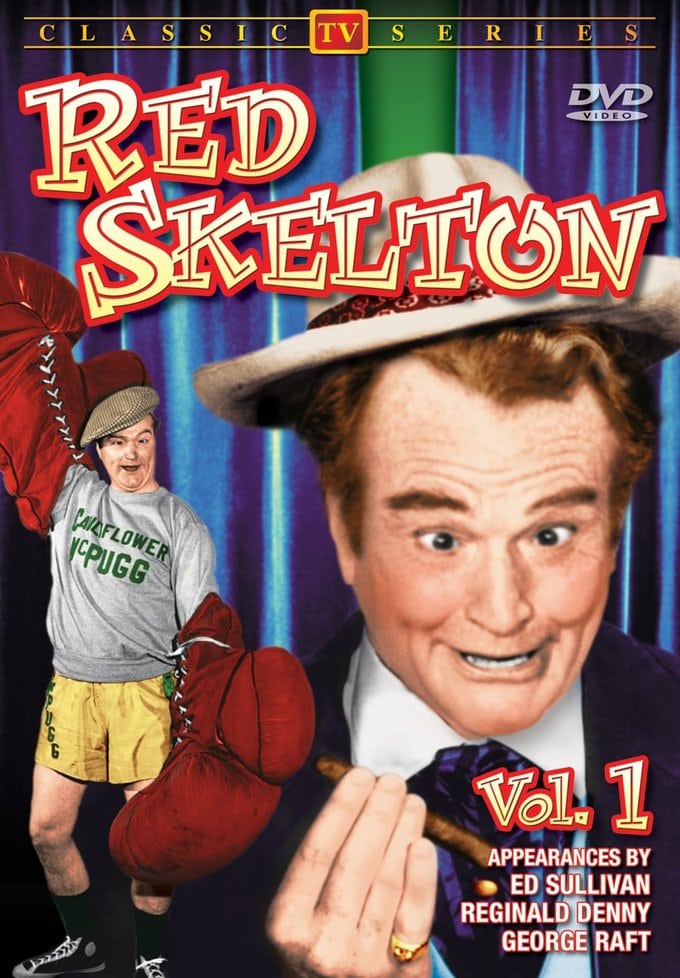 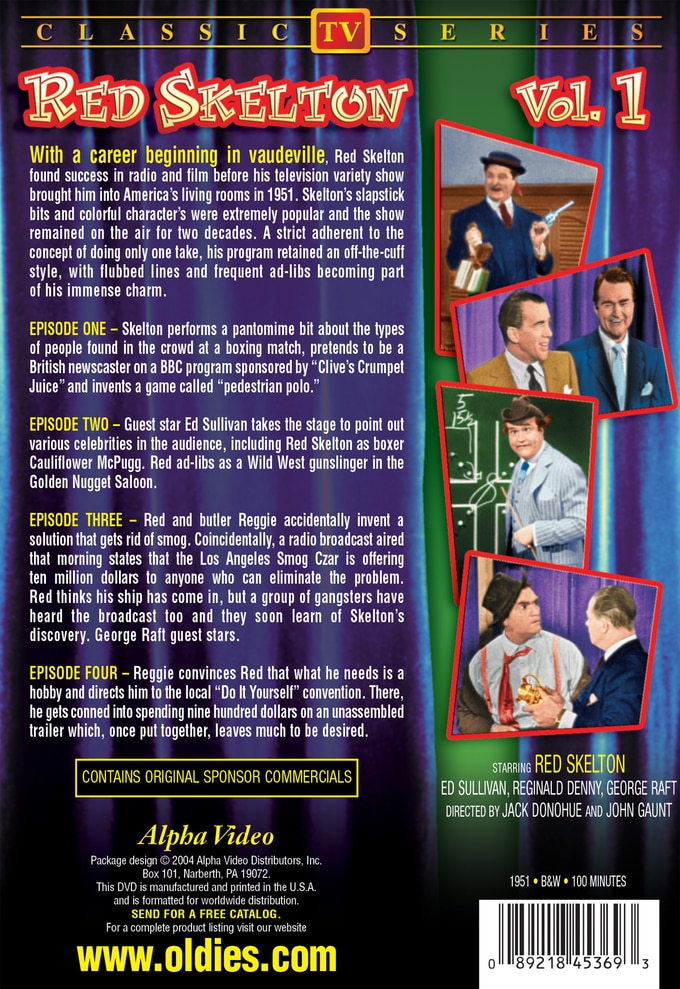 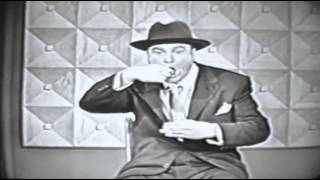 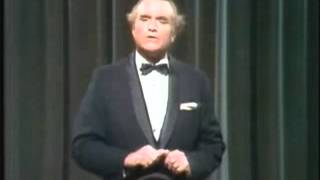 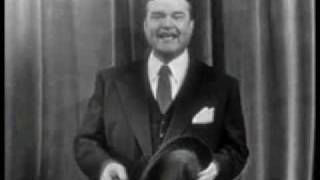 With a career beginning in vaudeville, Red Skelton found success in radio and film before his television variety show brought him into America's living rooms in 1951. Skelton's slapstick bits and colorful character's were extremely popular and the show remained on the air for two decades. A strict adherent to the concept of doing only one take, his program retained an off-the-cuff style, with flubbed lines and frequent ad-libs becoming part of his immense charm.

Episode 1:Skelton performs a pantomime bit about the types of people found in the crowd at a boxing match, pretends to be a British newscaster on a BBC program sponsored by "Clive's Crumpet Juice" and invents a game called "pedestrian polo."

Episode 2:Guest star Ed Sullivan takes the stage to point out various celebrities in the audience, including Red Skelton as boxer Cauliflower McPugg. Red ad-libs as a Wild West gunslinger in the Golden Nugget Saloon.

Episode 3:Red and butler Reggie accidentally invent a solution that gets rid of smog. Coincidentally, a radio broadcast aired that morning states that the Los Angeles Smog Czar is offering ten million dollars to anyone who can eliminate the problem. Red thinks his ship has come in, but a group of gangsters have heard the broadcast too and they soon learn of Skelton's discovery. George Raft guest stars.

Episode 4:Reggie convinces Red that what he needs is a hobby and directs him to the local "Do It Yourself" convention. There, he gets conned into spending nine hundred dollars on an unassembled trailer which, once put together, leaves much to be desired.

This program features four episodes of the legendary comic variety show, featuring vaudeville-trained funnyman Red Skelton. The son of a clown, Skelton made a living telling jokes. From 1951-1971, THE RED SKELTON SHOW showcased the zany comic stylings of its carrot-topped star, whose talent for improv in the face of unexpected flubs lent the series much of its charm. Full of gags and sketches, as well as a host of guest performers, this volume of TV CLASSICS includes the episodes: "Clem in New York," "Clem the Dentist," "Clem the Painter," and "Clem and the Indians."

Classic Television | Television Personalities | Comedy Skits | Television Shows | Television / TV Series
This product is made-on-demand by the manufacturer using DVD-R recordable media. Almost all DVD players can play DVD-Rs (except for some older models made before 2000) - please consult your owner's manual for formats compatible with your player. These DVD-Rs may not play on all computers or DVD player/recorders. To address this, the manufacturer recommends viewing this product on a DVD player that does not have recording capability.