History of Rock - The Rockin' 60's, Volume 1
by Various Artists 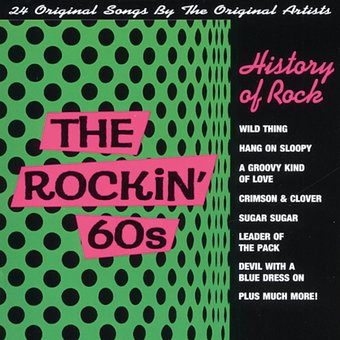 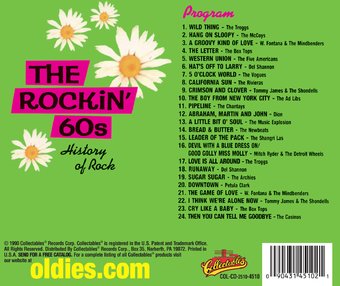 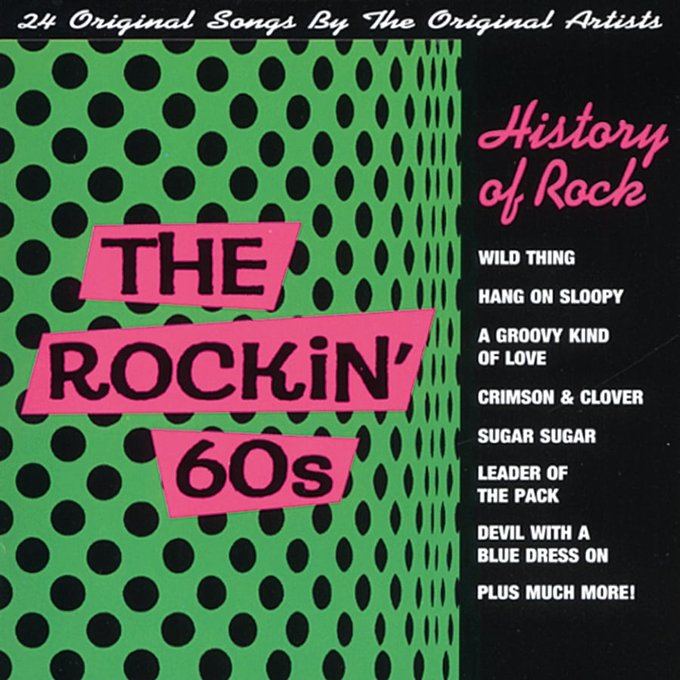 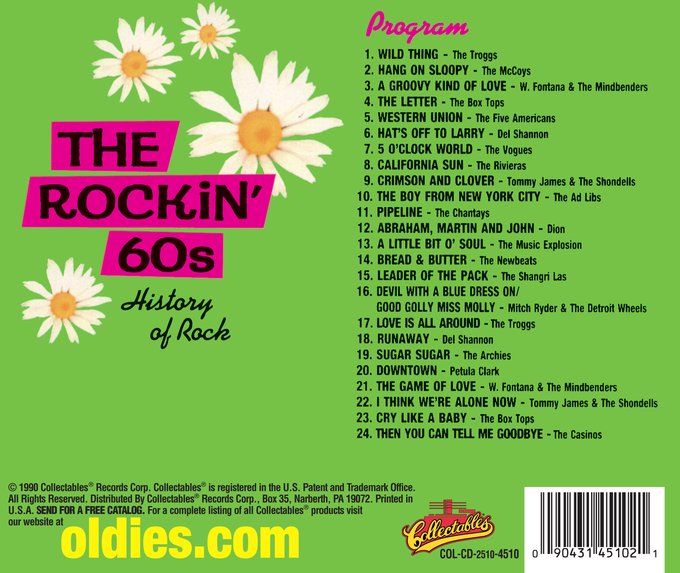 7 ratings
Currently Out of Stock: We'll get more as soon as possible
Notify Me When Available
Add to Wishlist
Format:  CD
item number:  COL 4510
91% recommend us!

Contains 24 original songs by the original artists, including "Wild Thing" by The Troggs, "The Letter" by The Box Tops, "Crimson and Clover" by Tommy James & The Shondells, and "Abraham, Martin and John" by Dion.

History of Rock: The Rockin' 60's - WCBS FM-101 is a solid collection that boasts many classic tracks among the 24 on offer. Apart from the compilers of the disc making the decision to add no soul or R&B tracks, the disc is a pretty fair representation of the rock sound of the '60s. It encompasses bubblegum (Tommy James & the Shondells' "I Think We're Alone Now," the Archies' "Sugar, Sugar"), British Invasion (the Troggs' "Wild Thing" and "Love Is All Around," Petula Clark's "Downtown"), AM pop (the Vogues' "Five O'Clock World"), surf (the Chantays' "Pipeline"), girl group (the Ad Libs' "The Boy from New York City," the Shangri-Las' "Leader of the Pack"), and frat rock (the McCoys' "Hang On Sloopy"). The only problem with the disc is that it includes two songs apiece from Del Shannon, the Box Tops, the Troggs, and Wayne Fontana & the Mindbenders. While the second song by each of these is undoubtedly worthy of inclusion, it is hard to believe they couldn't find songs by other artists that would have been just as good. It would have made for a more interesting collection. Still, this is a good listen, and someone looking to find out more about the (white) pop/rock sound of the '60s could do a lot worse than starting here. ~ Tim Sendra