Four episodes from the rare TV series that was a follow-up to "Gilligan's Island." 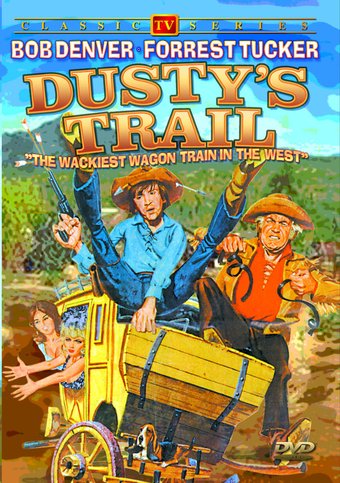 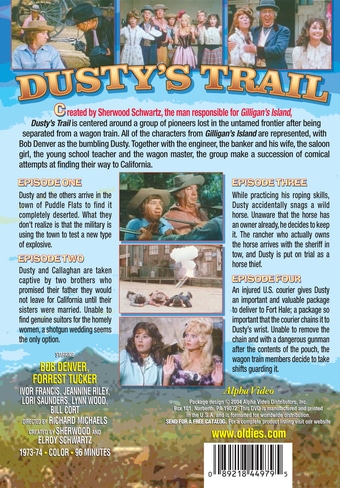 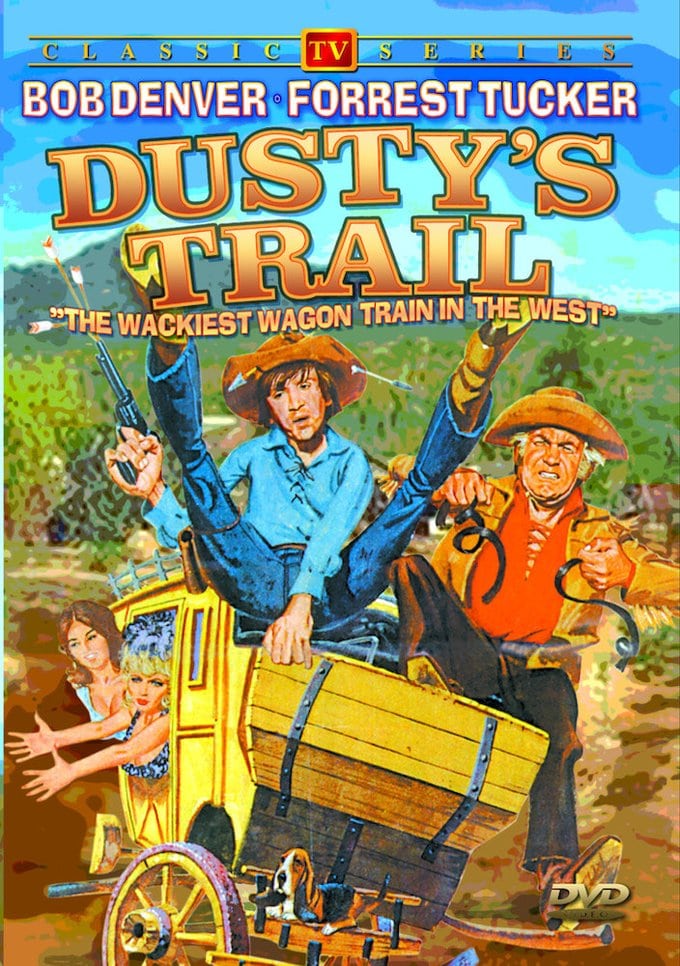 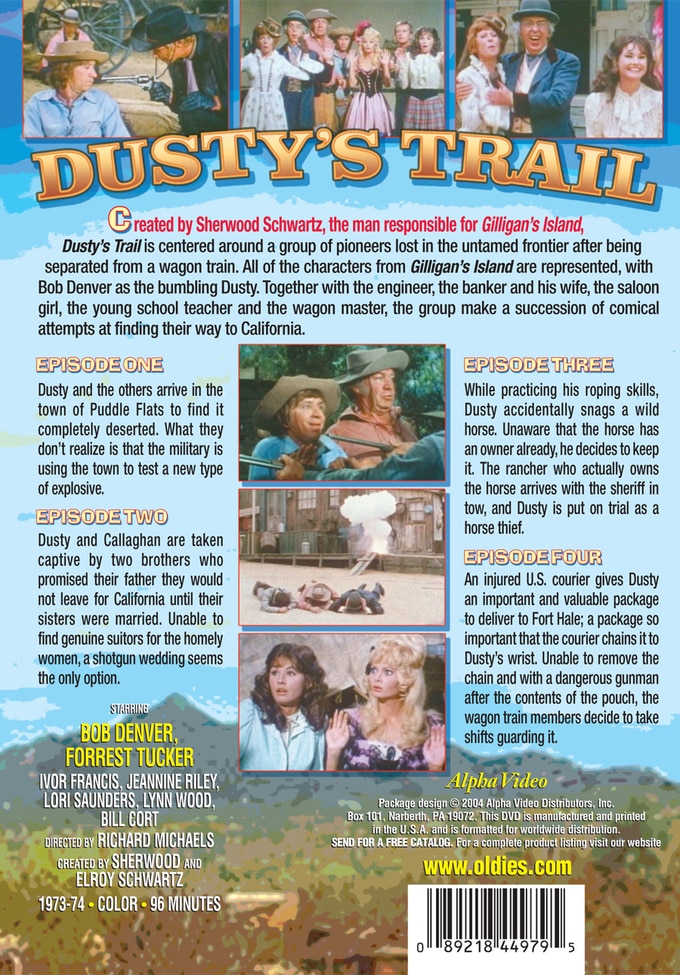 Episode 1: Dusty and the others arrive in the town of Puddle Flats to find it completely deserted. What they don't realize is that the military is using the town to test a new type of explosive.

Episode 2: Dusty and Callaghan are taken captive by two brothers who promised their father they would not leave for California until their sisters were married. Unable to find genuine suitors for the homely women, a shotgun wedding seems the only option.

Episode 3: While practicing his roping skills, Dusty accidentally snags a wild horse. Unaware that the horse has an owner already, he decides to keep it. The rancher who actually owns the horse arrives with the sheriff in tow, and Dusty is put on trial as a horse thief.

Episode 4: An injured U.S. courier gives Dusty an important and valuable package to deliver to Fort Hale; a package so important that the courier chains it to Dusty's wrist. Unable to remove the chain and with a dangerous gunman after the contents of the pouch, the wagon train members decide to take shifts guarding it.

A short-lived successor to the popular show "Gilligan's Island," Bob Denver star as Dusty in this entertaining Western/Comedy series. Dusty is based on the character of Gilligan, whose hapless attempt at steering a wagon train packed full of comedic allies towards California often flounders due to his all-round goofy nature. The chance of them ever reaching their final destination was never really tangible, but they had a lot of fun trying over the 26 episodes that aired on CBS back in 1973. This release offers a taster of the show, with 4 episodes included. Sure to delight fans, the show has spent a lengthy period out of the spotlight, with episodes hard to come by, but a reputation that has gathered momentum. Now viewers can finally feast their eyes on what has become something of a holy grail for "Gilligan" fans.
This product is made-on-demand by the manufacturer using DVD-R recordable media. Almost all DVD players can play DVD-Rs (except for some older models made before 2000) - please consult your owner's manual for formats compatible with your player. These DVD-Rs may not play on all computers or DVD player/recorders. To address this, the manufacturer recommends viewing this product on a DVD player that does not have recording capability.


I got this dvd and also the 17- episode release and I've got to say it's awesome! I only wish that the missing six episodes would get released. If you love Gilligan's Island,this dvd is for you!


I'm a huge fan of TV flops so I was happy to receive this. It's corny, But in the best way possible. I hate to admit it, But this show rocks!