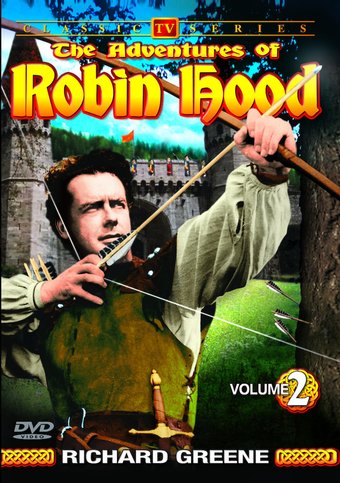 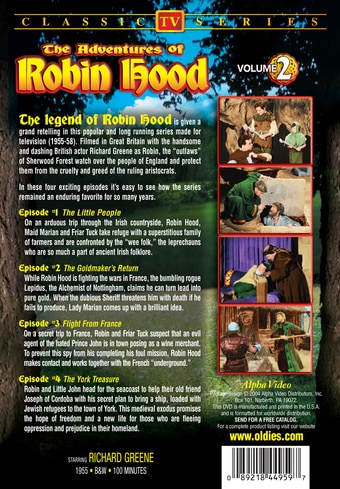 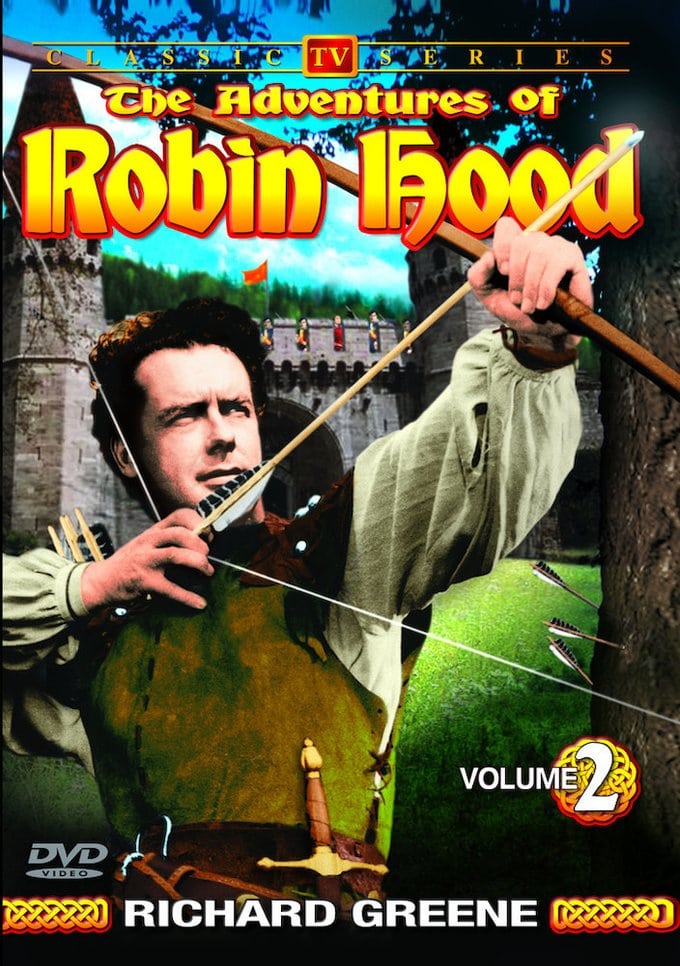 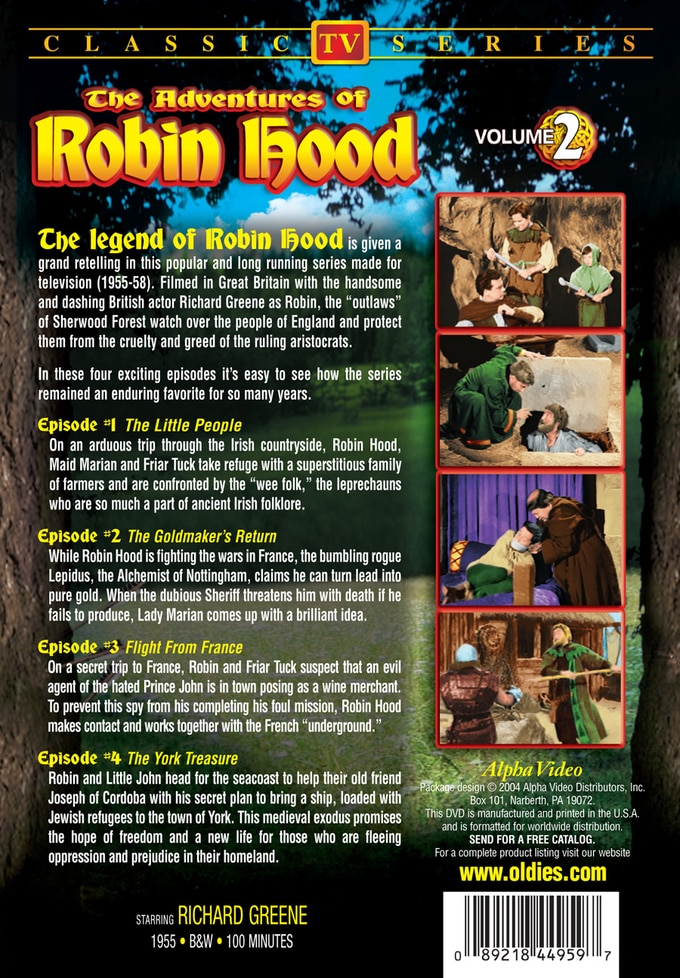 The legend of Robin Hood is given a grand retelling in this popular and long running series made for television (1955-58). Filmed in Great Britain with the handsome and dashing British actor Richard Greene as Robin, the "outlaws" of Sherwood Forest watch over the people of England and protect them from the cruelty and greed of the ruling aristocrats.In these four exciting episodes it's easy to see how the series remained an enduring favorite for so many years.

Episode 1 - The Little People:On an arduous trip through the Irish countryside, Robin Hood, Maid Marian and Friar Tuck take refuge with a superstitious family of farmers and are confronted by the "wee folk," the leprechauns who are so much a part of ancient Irish folklore.

Episode 2 - The Goldmaker's Return:While Robin Hood is fighting the wars in France, the bumbling rogue Lepidus, the Alchemist of Nottingham, claims he can turn lead into pure gold. When the dubious Sheriff threatens him with death if he fails to produce, Lady Marian comes up with a brilliant idea.

Episode 3 - Flight From France:On a secret trip to France, Robin and Friar Tuck suspect that an evil agent of the hated Prince John is in town posing as a wine merchant. To prevent this spy from his completing his foul mission, Robin Hood makes contact and works together with the French "underground."

Episode 4 - The York Treasure:Robin and Little John head for the seacoast to help their old friend Joseph of Cordoba with his secret plan to bring a ship, loaded with Jewish refugees to the town of York. This medieval exodus promises the hope of freedom and a new life for those who are fleeing oppression and prejudice in their homeland.

Richard Greene played Robin Hood in this British television series (1955-1960), starring as the upbeat and expansive fellow, with a superb small repertory troupe played different supporting roles. The interior backgrounds were mounted on wheels to facilitate fast shooting, and the studio was located near historic Runnymeade Meadow, the ideal locale for the outdoor scenes. Loosely based on the earlier Douglas Fairbanks and Errol Flynn classic films about a forest bandit with a gang that "steals from the rich and gives to the poor" (that were based on poems and stories dating back 600 years), this children's show remains fondly remembered by those lucky enough to grow up with it.