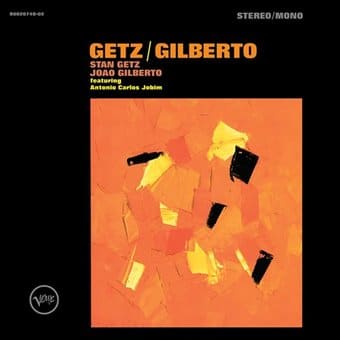 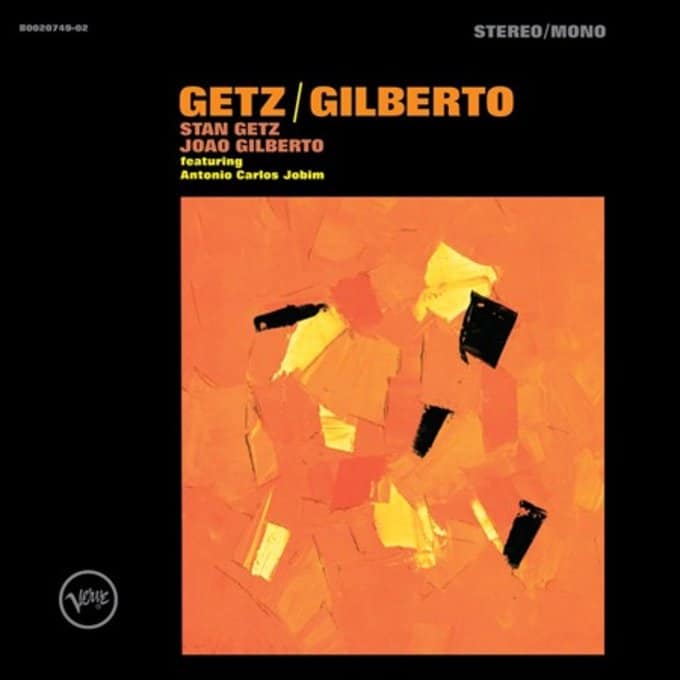 Personnel: Joao Gilberto (vocals, guitar); Stan Getz (tenor saxophone); Astrud Gilberto (vocals); Milton Banana (drums).
Liner Note Authors: Marc Myers; Gene Lees.
Recording information: A&R Recording, New York City (03/18/1963/03/19/1963).
Photographers: David Drew Zingg; Chuck Stewart.
One of the biggest-selling jazz albums of all time, not to mention bossa nova's finest moment, Getz/Gilberto trumped Jazz Samba by bringing two of bossa nova's greatest innovators -- guitarist/singer Joao Gilberto and composer/pianist Antonio Carlos Jobim -- to New York to record with Stan Getz. The results were magic. Ever since Jazz Samba, the jazz marketplace had been flooded with bossa nova albums, and the overexposure was beginning to make the music seem like a fad. Getz/Gilberto made bossa nova a permanent part of the jazz landscape not just with its unassailable beauty, but with one of the biggest smash hit singles in jazz history -- "The Girl From Ipanema," a Jobim classic sung by Joao's wife, Astrud Gilberto, who had never performed outside of her own home prior to the recording session. Beyond that, most of the Jobim songs recorded here also became standards of the genre -- "Corcovado" (which featured another vocal by Astrud), "So Dan‡o Samba," "O Grande Amor," a new version of "Desafinado." With such uniformly brilliant material, it's no wonder the album was such a success but, even apart from that, the musicians all play with an effortless grace that's arguably the fullest expression of bossa nova's dreamy romanticism ever brought to American listeners. Getz himself has never been more lyrical, and Gilberto and Jobim pull off the harmonic and rhythmic sophistication of the songs with a warm, relaxed charm. This music has nearly universal appeal; it's one of those rare jazz records about which the purist elite and the buying public are in total agreement. Beyond essential. [A 2014 50th Anniversary disc included the album in both mono and stereo tracks, and added two bonus tracks, single versions of "The Girl from Ipanema" and "Corcovado."] ~ Steve Huey