Two hours of vintage Christmas cartoons features Santa Claus and his friends from the studios of Max Fleischer and Ub Iwerks. 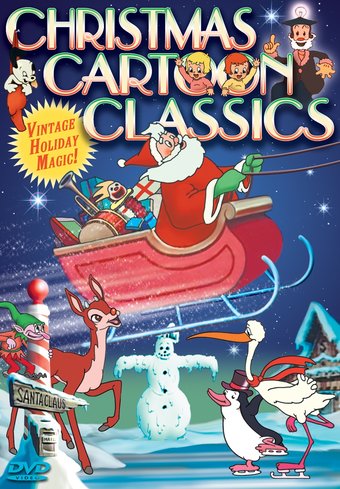 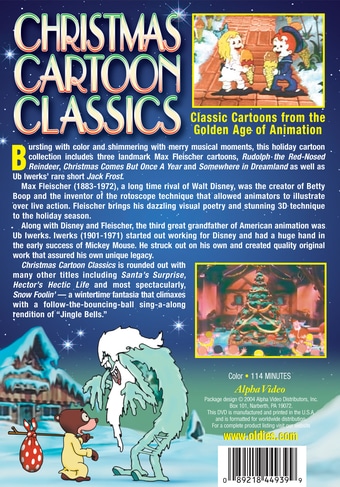 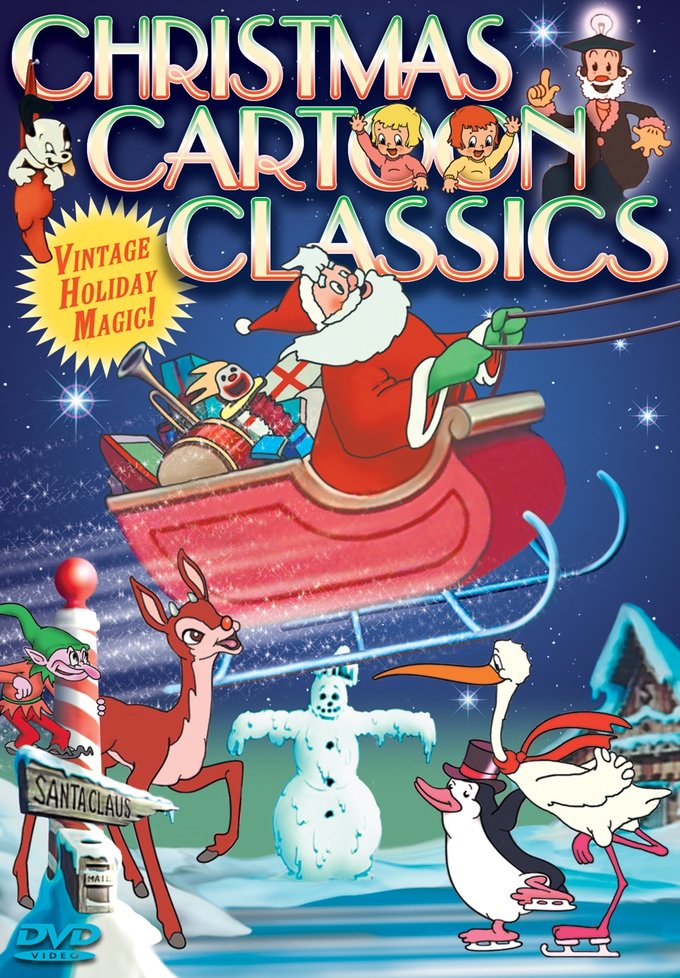 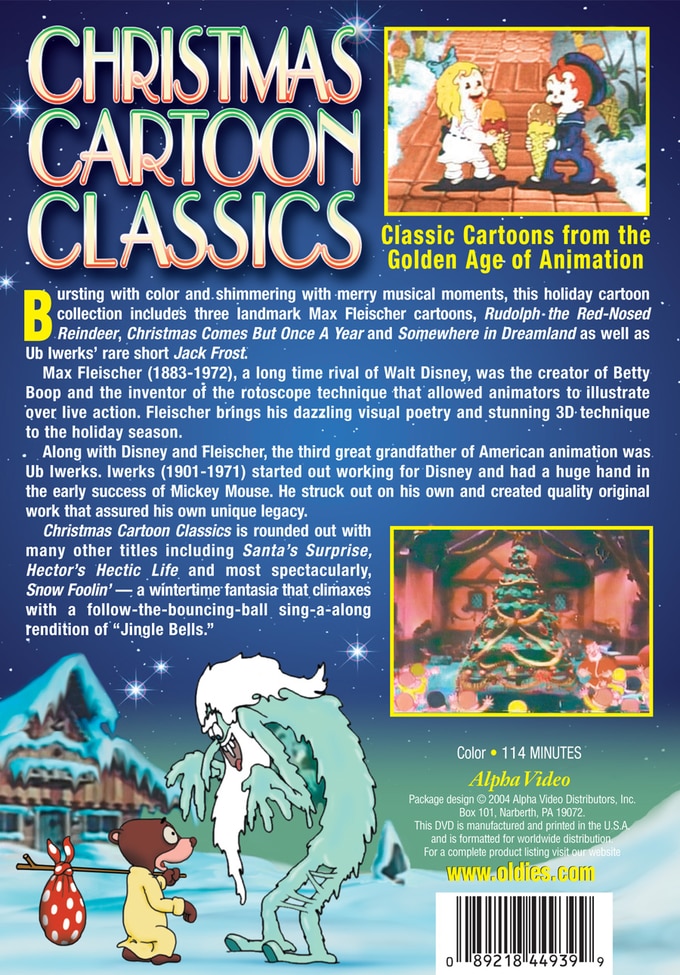 Max Fleischer (1883-1972), a long time rival of Walt Disney, was the creator of Betty Boop and the inventor of the rotoscope technique that allowed animators to illustrate over live action. Fleischer brings his dazzling visual poetry and stunning 3D technique to the holiday season.

Along with Disney and Fleischer, the third great grandfather of American animation was Ub Iwerks. Iwerks (1901-1971) started out working for Disney and had a huge hand in the early success of Mickey Mouse. He struck out on his own and created quality original work that assured his own unique legacy.

Christmas Cartoon Classics is rounded out with many other titles including Santa's Surprise, Hector's Hectic Life and most spectacularly, Snow Foolin'- a wintertime fantasia that climaxes with a follow-the-bouncing-ball sing-a-along rendition of "Jingle Bells."

Max Fleischer has entered the pantheon of legendary cartoonists, largely thanks to his character Betty Boop, and his pioneering techniques in the genre. This release presents some seasonal treats from the seasoned animator, with a selection of Christmas tales that all the family can enjoy. "Rudolph The Red-Nosed Reindeer," "Somewhere In Dreamland," and "Christmas Comes But Once A Year" are the three Fleischer-helmed efforts on this collection, alongside further animated adventures in the shape of "Jack Frost," "Santa's Surprise," "Hector's Hectic Life," and "Snow Foolin'."

Classic | Vintage | Christmas | Cartoons
This product is made-on-demand by the manufacturer using DVD-R recordable media. Almost all DVD players can play DVD-Rs (except for some older models made before 2000) - please consult your owner's manual for formats compatible with your player. These DVD-Rs may not play on all computers or DVD player/recorders. To address this, the manufacturer recommends viewing this product on a DVD player that does not have recording capability.

Customer Rating:
Based on 63 ratings.


Definitely an entertaining videos your kids will love.


I saw some of these in the movies but most in black and white on 1950's TV. As recalled I loved them then as I do now. The 3D effects are great for their time and "Jack Frost" stands out!


After comparing the many Christmas cartoon compilations that oldies.com had to offer, I come across this DVD. This has all the good Christmas cartoons from the 30s,40s, and 50s. Trust me, $5.95 is truly a bargain for this wonderful DVD. My 3 year old niece loves watching this DVD. :)