Dr. Christian befriends a small town music instructor and her prodigy of a son in this heart-warming family drama. 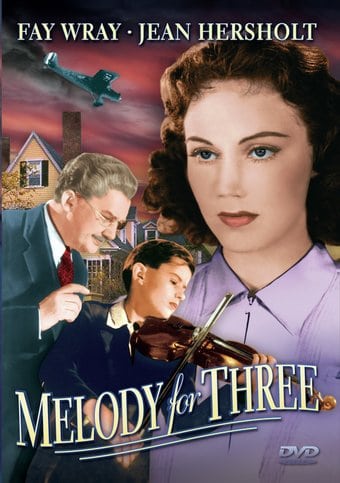 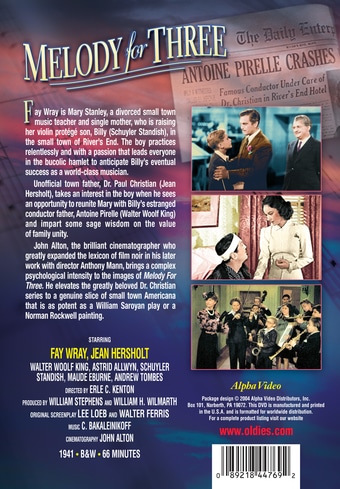 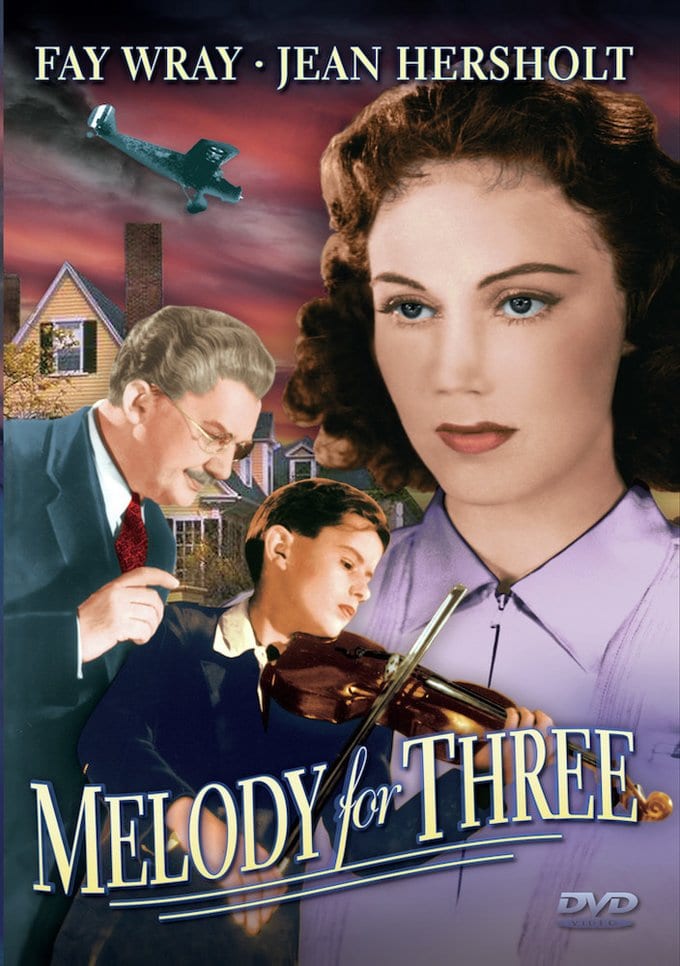 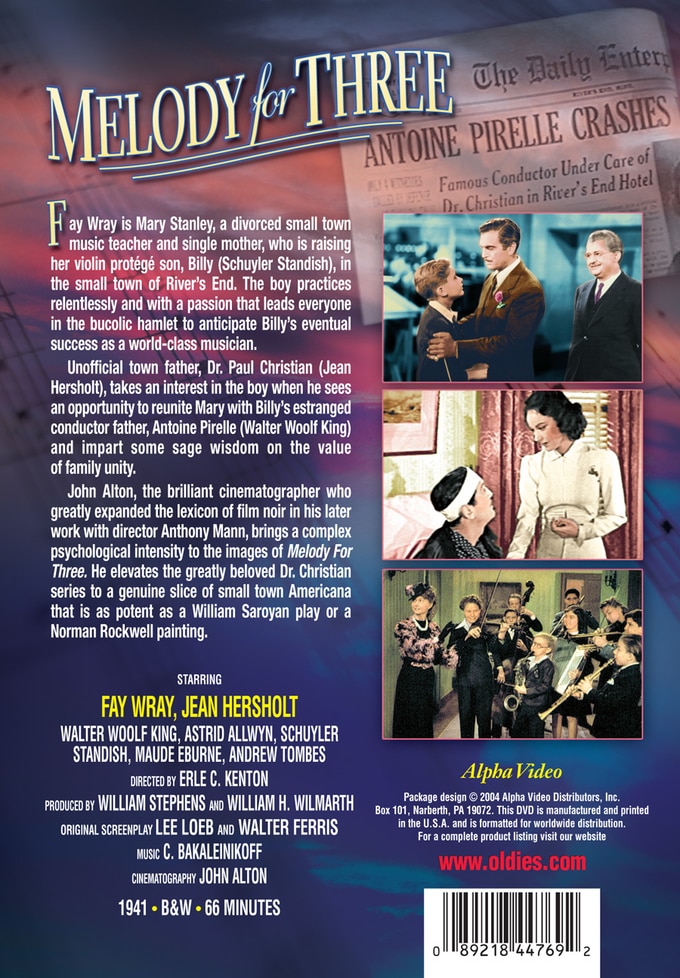 Fay Wray is Mary Stanley, a divorced small town music teacher and single mother, who is raising her violin protege son, Billy (Schuyler Standish), in the small town of River's End. The boy practices relentlessly and with a passion that leads everyone in the bucolic hamlet to anticipate Billy's eventual success as a world-class musician.

Unofficial town father, Dr. Paul Christian (Jean Hersholt), takes an interest in the boy when he sees an opportunity to reunite Mary with Billy's estranged conductor father, Antoine Pirelle (Walter Woolf King) and impart some sage wisdom on the value of family unity.

John Alton, the brilliant cinematographer who greatly expanded the lexicon of film noir in his later work with director Anthony Mann, brings a complex psychological intensity to the images of Melody For Three. He elevates the greatly beloved Dr. Christian series to a genuine slice of small town Americana that is as potent as a William Saroyan play or a Norman Rockwell painting.

A 12-year old violin prodigy has been separated from his father, a famous orchestra conductor, due to his parents' divorce. The conductor doesn't even know he has a son and is due to remarry. It's up to Dr. Christian to reunite the boy's parents.


What fun I have had watching the Dr. Christian series. There are 6 in the series and Oldies.com has them all! I so enjoyed Jean Hersholt's performance that I started to believe he really was a doctor. The preservation of these films are not great, but certainly very watchable. Try them, I think you will enjoy them!