Get email alerts for J Mascis
Currently Out of Stock: We'll get more as soon as possible
Notify Me When Available
Add to Wishlist
Format:  Vinyl LP
item number:  7F42Q
Our customers love us! 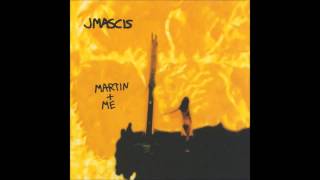 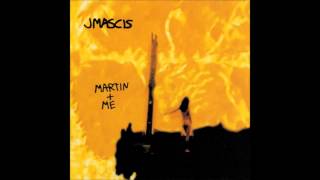 Entertainment Weekly - 5/3/96, pp.74-76
"...a welcome, refreshing change....As with Nirvana's UNPLUGGED session, the rearrangements reveal the melodies beneath the murk..." - Rating: B

MARTIN AND ME is a live solo-acoustic performance by Dinosaur Jr. frontman J. Mascis, featuring Dinosaur Jr. songs and covers of songs by the Smiths, the Wipers, Carly Simon and Lynyrd Skynyrd.
Solo performer: J. Mascis (vocals, acoustic guitar).
Martin + Me, the first solo album from Dinosaur Jr. leader J Mascis, was recorded on his acoustic tour in the fall of 1995. Mascis ran through a number of Dinosaur songs, as well as a handful of covers (the Smiths' "The Boy With the Thorn in His Side," the Wipers' "On the Run," Lynyrd Skynyrd's "Every Mother's Son," Carly Simon's "Anticipation"). On the surface, it would appear that Martin + Me is simply a curiosity for dedicated Dinosaur fans, but that isn't the case. Performed without the loud guitars and winding solos that dominate Dinosaur's records, the songs are a revelation -- Mascis' songs do have their weaknesses, primarily lyrical, but they work very well stripped down to their essentials. He also has chosen a strong set list, featuring some of his best songs -- including "Thumb," "Get Me," "Keeblin," "Blowin' It," and "Repulsion" -- and his covers are surprisingly enjoyable. For dedicated fans, it is refreshing to hear Mascis in such a spare setting, but Martin + Me has enough charm to appeal to even casual Dinosaur fans. ~ Stephen Thomas Erlewine