Dora the Explorer Dora and the 3 Little Pigs 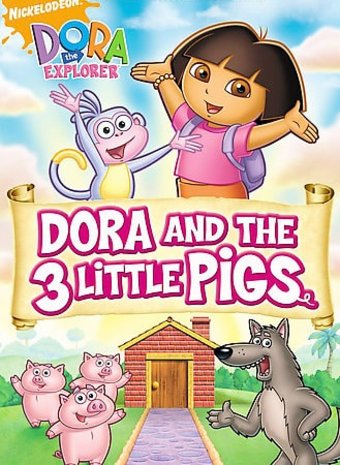 With her cheerful nature, inquiring mind, and colorful fashion sense, Nickelodeon's adorable bilingual heroine DORA THE EXPLORER has charmed both pre-school-age children and their parents alike. Designed to simulate a computer game, the animated series follows the cute little Latina girl, her monkey pal Boots, and their anthropomorphic cohorts Map and Backpack as they set out on problem-solving adventures that encourage interaction and physical activity while teaching simple concepts such as counting, logic skills, and basic Spanish. In this program, the three little pigs are under siege by the Big Bad Wolf--giving Dora and Boots the perfect opportunity to come to the rescue.

20%off
The Wiggles
Pop Go The Wiggles
$5.60 Super Savings
Add to Cart

Dora the Explorer - Explore the Earth
$8.98 on Sale
Add to Cart

The Backyardigans - Escape from Fairytale Village
$3.98 on Sale
Add to Cart