A big city physician comes to a small town only to be attacked by town-folk who dislike the notion of a female doctor. 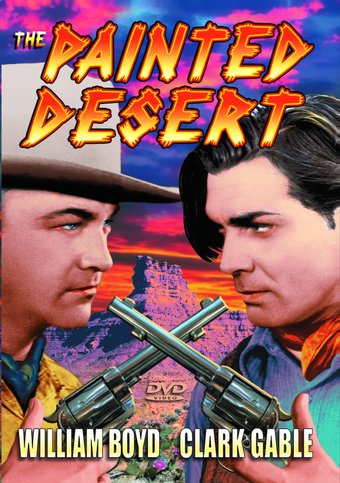 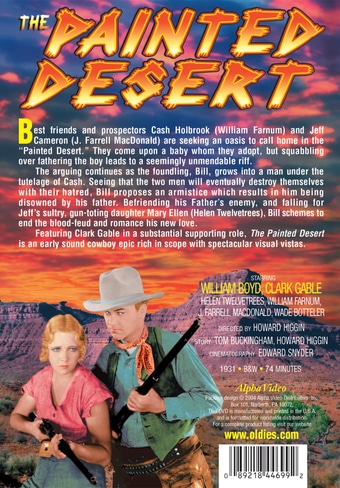 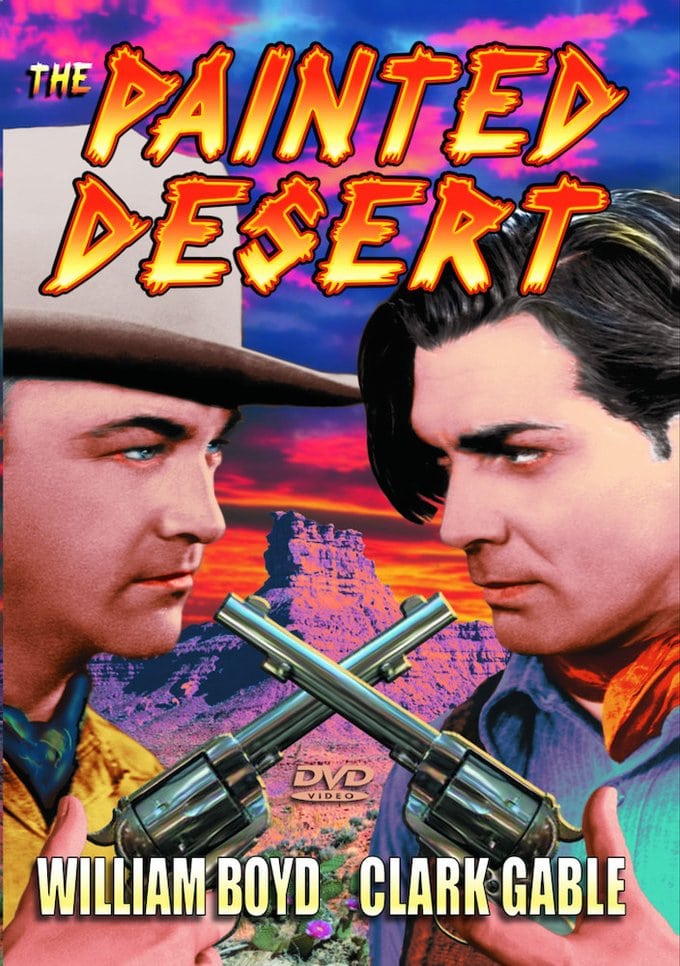 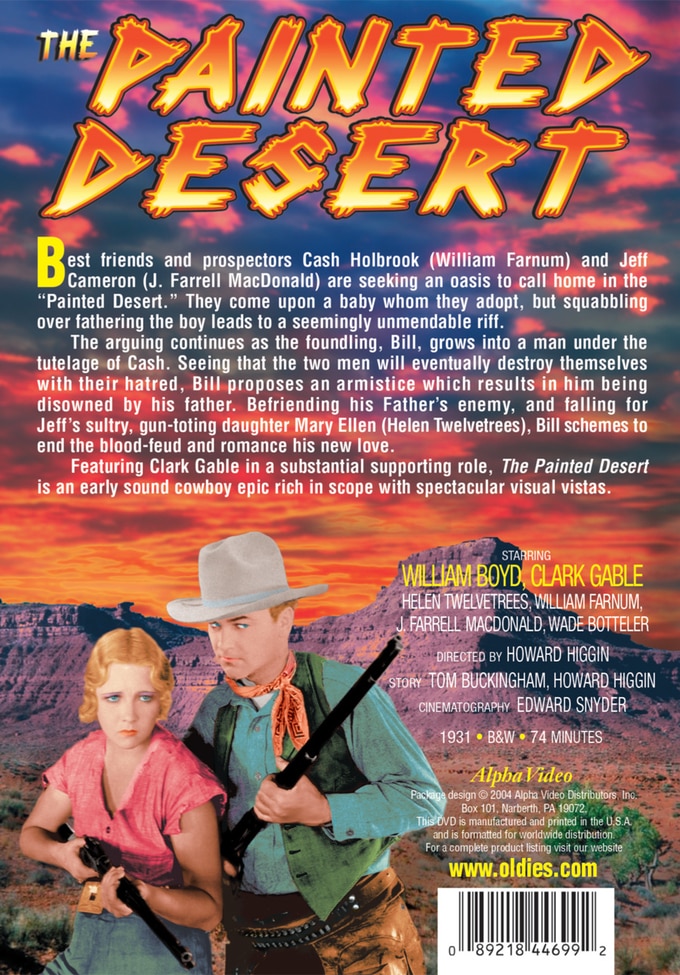 Best friends and prospectors Cash Holbrook (William Farnum) and Jeff Cameron (J. Farrell MacDonald) are seeking an oasis to call home in the "Painted Desert." They come upon a baby whom they adopt, but squabbling over fathering the boy leads to a seemingly unmendable riff. The arguing continues as the foundling, Bill, grows into a man under the tutelage of Cash. Seeing that the two men will eventually destroy themselves with their hatred, Bill proposes an armistice which results in him being disowned by his father. Befriending his Father's enemy, and falling for Jeff's sultry, gun-toting daughter Mary Ellen (Helen Twelvetrees), Bill schemes to end the blood-feud and romance his new love. Featuring Clark Gable in a substantial supporting role, The Painted Desert is an early sound cowboy epic rich in scope with spectacular visual vistas.

Two neighboring prospectors find an abandoned baby in a deserted camp. Jeff Cameron (J. Farrel MacDonald) and Cash Holbrook (William Farnum) each want the baby for his own. In a move that ignites a longtime feud, Cash takes the baby, adopts him, and names him Bill. Years later, after Bill (William Boyd) has grown into a man, the cowboys' argument rages on in the form of a disagreement over property water rights. Bill is forced to choose between Cash and Jeff. To further complicate matters, Bill is in love with Jeff's daughter. Clark Gable makes an appearance as a bad guy in his first "talkie" movie.

A bitter feud between two friends is the subject of this Western played out against a backdrop of spectacular landscapes. It all begins when Cash and Jeff come upon an abandoned infant in the desert. Both want the baby, but Cash claims it as his own. Over the years the former pals express their mutual animosity in an ongoing dispute over cattle, mining and water rights. Meanwhile, the baby boy, Bill, emerges into a strapping young man, while Jeff's little girl Mary Ellen blossoms into quite a pretty woman herself. The two fall in love, fueling their desire to mend the fences between the two men.

Customer Rating:
Based on 722 ratings.


The early years of sound show in this otherwise exciting movie. Boyd is not quite as smooth as in his later Hoppy series but his smooth talk and friendly personality come through quite well. Clark Gable showed why he would become one of the legends of the silver screen with his performance in this film. There does seem to be a few lapses in the film I attribute to age and does not detract much from a fine movie. I recommend this film to anyone that enjoys watching action. Well worth viewing if for no other reason than to see how some great actors progressed from their early work.