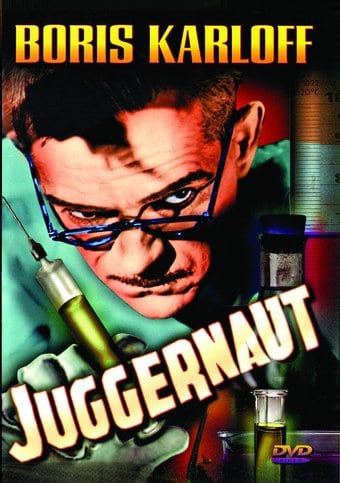 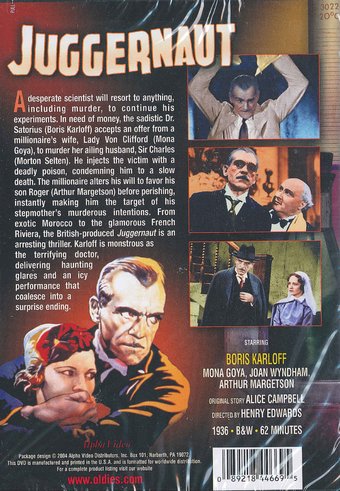 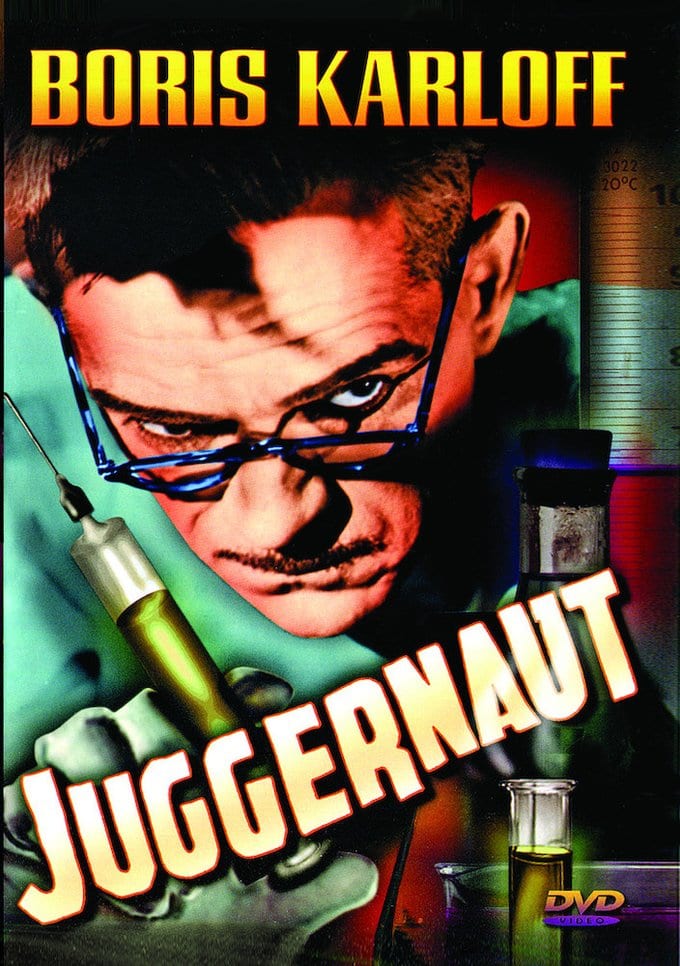 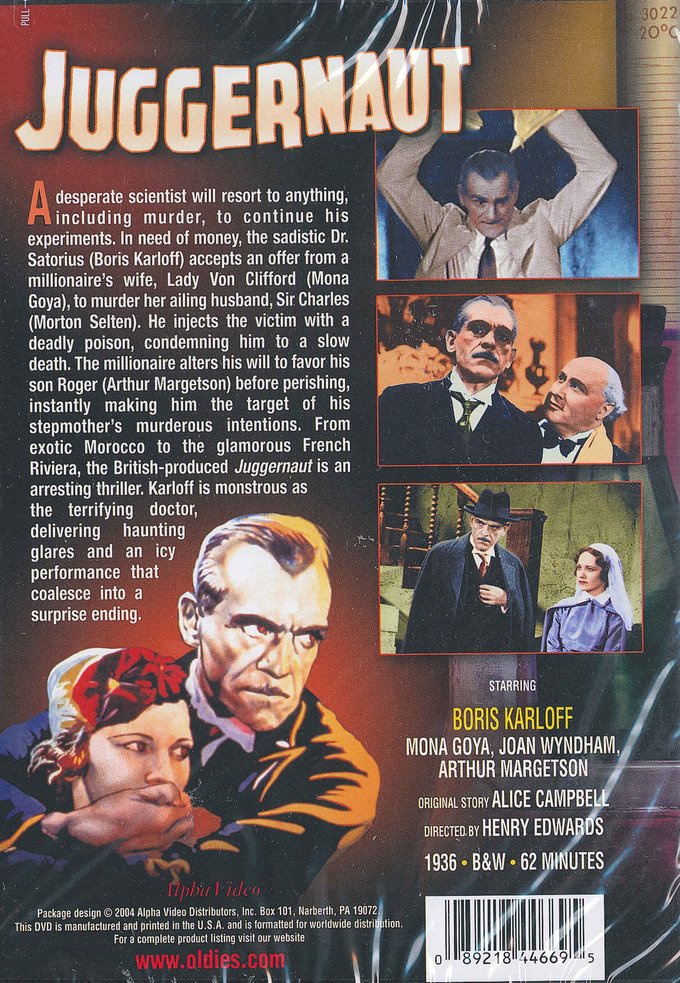 A desperate scientist will resort to anything, including murder, to continue his experiments. In need of money, the sadistic Dr. Satorius (Boris Karloff) accepts an offer from a millionaire's wife, Lady Von Clifford (Mona Goya), to murder her ailing husband, Sir Charles (Morton Selten). He injects the victim with a deadly poison, condemning him to a slow death. The millionaire alters his will to favor his son Roger (Arthur Margetson) before perishing, instantly making him the target of his stepmother's murderous intentions. From exotic Morocco to the glamorous French Riviera, the British-produced Juggernaut is an arresting thriller. Karloff is monstrous as the terrifying doctor, delivering haunting glares and an icy performance that coalesce into a surprise ending.

Karloff plays an evil doctor who conspires with the wife of a man to slowly poison him for his money. British.

Customer Rating:
Based on 363 ratings.

The Karloff film that almost didn't get made! Movie Lover: Martin Grams from Author of Inner Sanctum Mysteries -- May, 16, 2005


Production began April 25, 1936, and did not get completed till June. The filming of this movie was spuratic, sort of an on-again, off-again problem that Grand National Pictures once considered the possibility of preventing it's release, but the mere fact that they had Boris Karloff star in the picture while he was in England temporarily was the main reason they forked up the budget and effort to produce this mild horror picture. It was released on September 18, 1936 in England and Dr. Sartorious (Karloff) took center stage. The film, like the Monogram and Columbia Pictures with Karloff in the lead, has him playing a scientist resorting to murder to keep his experiments from being halted. If you like Karloff movies, or THE GHOUL, this is a great little British film.


karloff is his usual excellent self in a creepy tale of muder in the south of france. the only let down is that the last scene has several minutes of crucial dialogue missing, which renders the final moments a little baffling. all in all, however, an enjoyable little film.