Murder On The Campus

A series of gruesome murders are committed at a small college and a hard-boiled reporter tries to track down the killer. 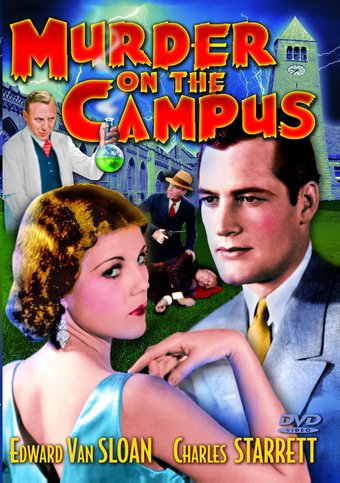 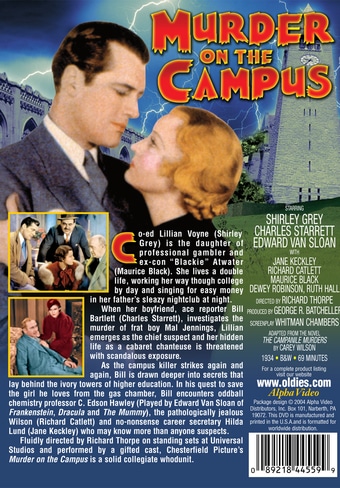 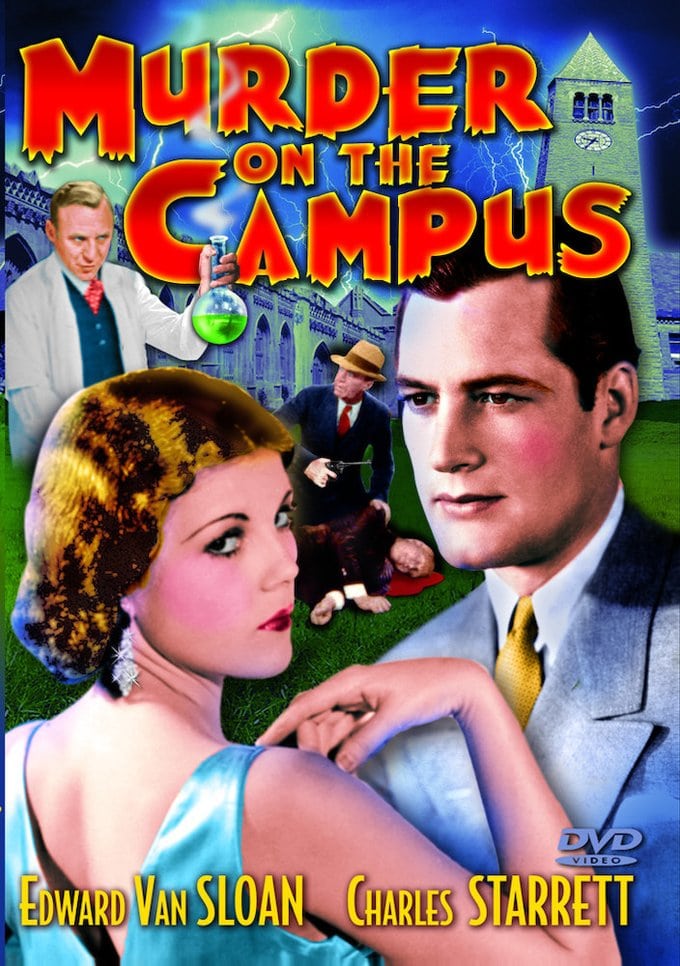 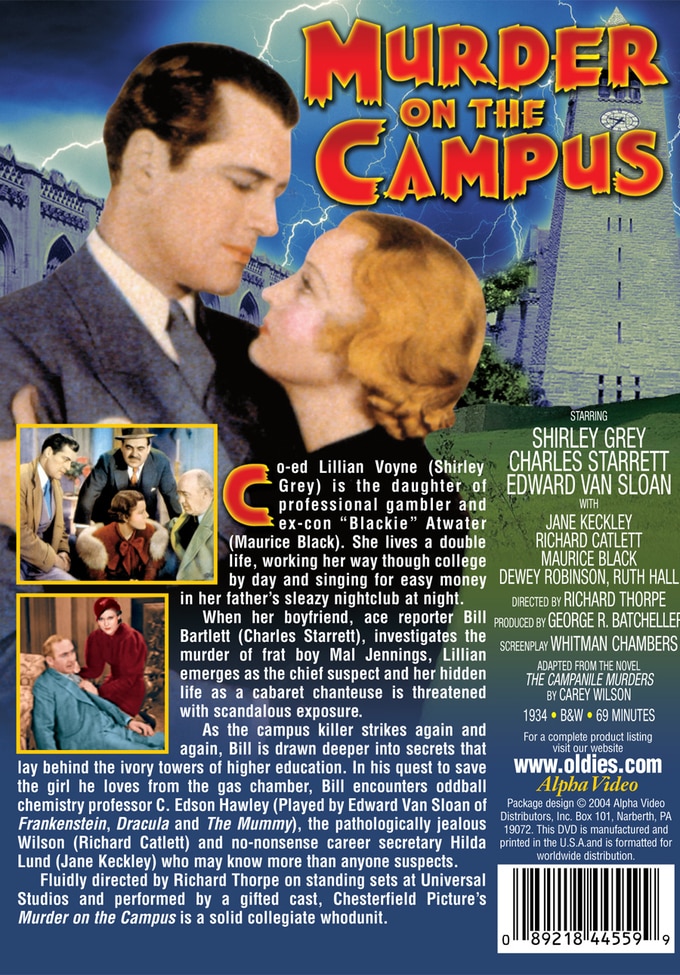 Co-ed Lillian Voyne (Shirley Grey) is the daughter of professional gambler and ex-con "Blackie" Atwater (Maurice Black). She lives a double life, working her way though college by day and singing for easy money in her father's sleazy nightclub at night. When her boyfriend, ace reporter Bill Bartlett (Charles Starrett), investigates the murder of frat boy Mal Jennings, Lillian emerges as the chief suspect and her hidden life as a cabaret chanteuse is threatened with scandalous exposure. As the campus killer strikes again and again, Bill is drawn deeper into secrets that lay behind the ivory towers of higher education. In his quest to save the girl he loves from the gas chamber, Bill encounters oddball chemistry professor C. Edson Hawley (Played by Edward Van Sloan of Frankenstein, Dracula and The Mummy), the pathologically jealous Wilson (Richard Catlett) and no-nonsense career secretary Hilda Lund (Jane Keckley) who may know more than anyone suspects.

Fluidly directed by Richard Thorpe on standing sets at Universal Studios and performed by a gifted cast, Chesterfield Picture's Murder on the Campus is a solid collegiate whodunit.

A killer is loose on a college campus in this chilling British murder mystery.
When a reporter, Robertson Hare (Ronald Fortescue), learns that his academic brother has committed suicide, he travels to the Cambridge campus to investigate. Enlisting the help of Mary Johnson (Diane Clare) a professor's daughter whose father is missing and suspected dead, the two slowly unearth clues which indicate that the death was made to look like a suicide. Things grow truly chilling, however, when Hare and Johnson get caught in a lethal game of cat and mouse with the killer.

Campus Life | Psychos | Vintage | Murder
This product is made-on-demand by the manufacturer using DVD-R recordable media. Almost all DVD players can play DVD-Rs (except for some older models made before 2000) - please consult your owner's manual for formats compatible with your player. These DVD-Rs may not play on all computers or DVD player/recorders. To address this, the manufacturer recommends viewing this product on a DVD player that does not have recording capability.