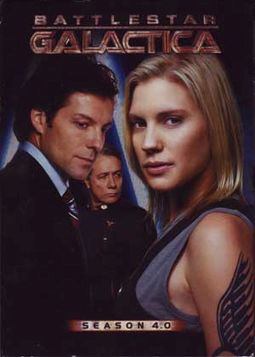 Though the BATTLESTAR GALACTICA of the 1970s is primarily known as a kitschy cult favorite, this darker incarnation is beloved by critics and fans alike. The series follows the last surviving humans who are at war with their own robotic creation, the Cylons. The man-versus-machine concept may be a genre cliché, but the show brings intelligence and a healthy dose of social commentary to the table. After the season three finale revealed four of the "Final Five" Cylons, the fourth season finds the return of a friend they thought they'd lost: Kara "Starbuck" Thrace (Katee Sackoff). But will she lead the humans home to Earth or will she fulfill the Hybrid's doomsday prophecy'