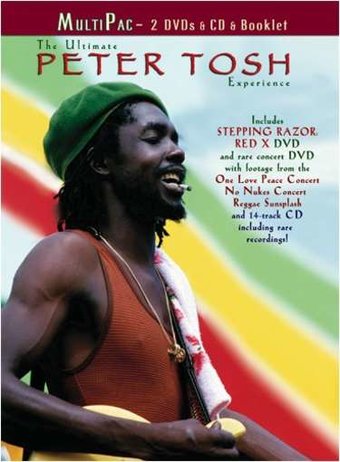 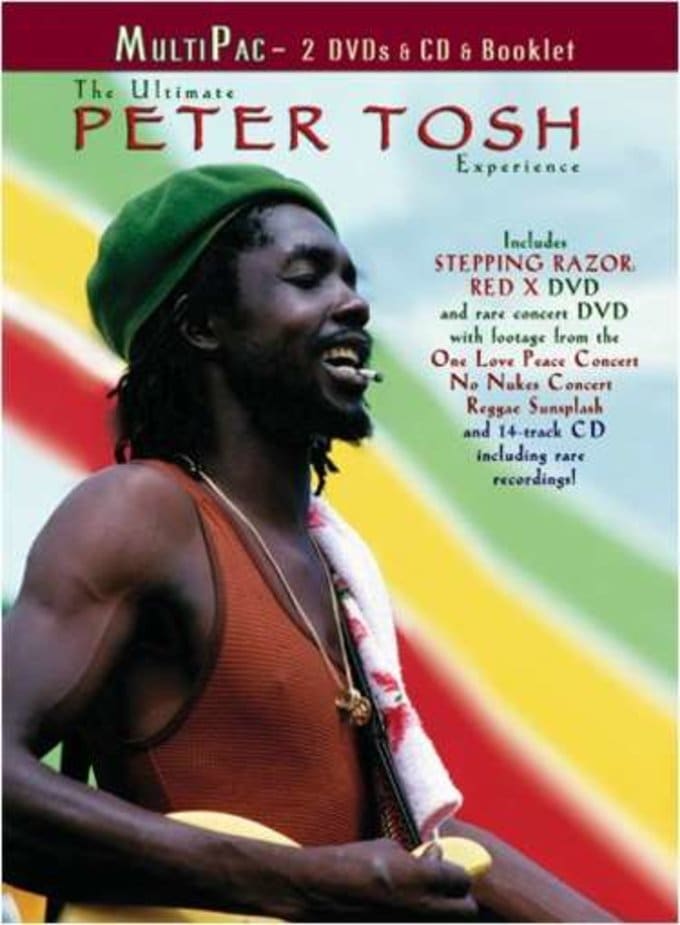 Experience the reggae superstar Peter Tosh from all angles with this amazing live collection, featuring rare footage from the "No Nukes" concert, the "One Love Peace Concert," "The 1983 Roxy Show," and many more. In addition to Tosh's classic performances, this set includes STEPPING RAZOR: RED X, a feature-length documentary that examines the artist's music, spirituality, and the tragic events surrounding his untimely death.

This 2 DVD, CD and booklet set explores the life of international superstar Peter Tosh, one of the greatest reggae artists ever, founding member along with Bob Marley of The Wailers, and creator of such anthems as "Legalize It," "Get Up Stand Up" and "Equal Rights." Included in this set is "Stepping Razor: Red X," the complete documentary which gives an inside look at Peter's psyche, spiritual beliefs and music, and looks at the circumstances of his shocking murder. It also includes a second DVD which features a selection of rare and classic performance footage including performances from various concerts as well as Peter's last concert in Kingston. There is also a CD featuring 14 classic tracks and rarities including several previously unreleased tracks. Lastly, this set features a 30-page booklet with rare photos by Marley photographer, Adrian Boot and reminiscences of Peter by people who knew him: long-time manager Herbie Miller, Roger Steffens and Randall Grass.

93%off
The Who / Various Artists
The Who and Friends In Concert - TCT: Concert For Teenage... TOP 25 Bestselling DVD
99¢ BLACK FRIDAY
Add to Cart
(2)