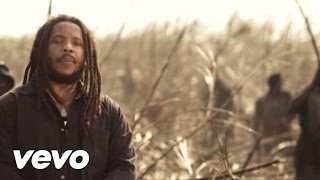 Stephen Marley - Made In Africa ft. Wale, The Cast of Fela (Music Video) 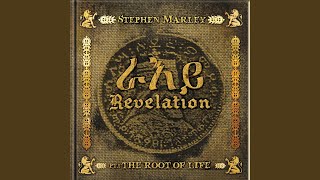 Mojo (Publisher) - p.100
3 stars out of 5 -- "Like his father Bob, Stephen Marley uses music to teach history lessons."
Record Collector (magazine) - p.91
5 stars out of 5 -- "There are a few covers of Bob's tunes and a cluster of mesmerising original works. Of the latter, some are slow and moody, such as 'No Cigarette Smoking'..."

Recording information: Circle House Studios, Miami, FL; Dunham Studios; Lion's Den Studios, Miami, FL; Tuff Gong Studios, Jamaica.
Photographer: Neville Garrick.
As his brothers venture into unexplored territory such as children's music (Ziggy) and hip-hop (Damian), Stephen Marley acts as anchor for the clan on Revelation Part 1: The Root of Life. While Part 2 is planned as a more electric and future-minded affair, this first Revelation is a roots reggae-oriented effort, or at least "roots" in the Wailers (post-Tosh and post-Bunny) sense of the word. Think Father Bob's Uprising and you're close to the feel here, which goes from cool and woozy ( "No Cigarette Smoking (In My Room)" being a great re-creation of the "Pimper's Paradise" sway) to stately and militant (brother Damian and Buju Banton help make "Jah Army" the heir apparent to "Babylon System"), Stephen certainly has his own voice as well, with the wistful heartbreak of "She Knows Now" and the blues-flavored "Can't Keep I Down" being unique entries in the whole Marley clan catalog, plus his songwriting has grown with subtle imagery and rich storytelling playing a bigger role than before. These are the reasons to return to the album, but familiarity is an equally strong point, and also its initial pull. Stone-cold grooves and socially conscious lyrics run rich in the Marley bloodline, and while Revelation might be a less-than-fitting title, fans of the Marley family can simply write "satisfying" or "a welcome reminder" on the spine if they choose. ~ David Jeffries

39%off
Damian Marley
Welcome To Jamrock
$8.49 on Sale
Add to Cart

Kindred the Family Soul
Love Has No Recession
$18.10
Add to Cart