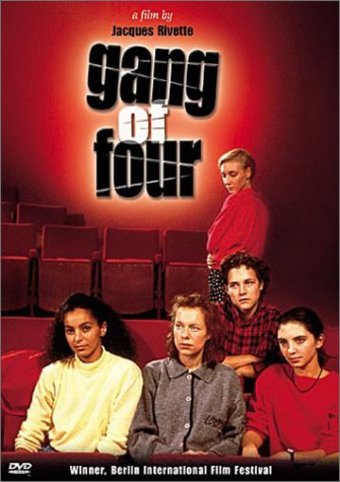 Director Jacques Rivette may be less well-known to mainstream audiences than his contemporaries Truffaut and Godard, but he is just about as influential and every bit as experimental as any of his French New Wave brethren. His 1988 film, GANG OF FOUR, which took top prize at the Berlin International Film Festival that year, mixes elements of drama and mystery. A quartet of film students studying under famous film critic Constance Dumas move into a small house together. When one of them is brutally attacked and then rescued by a mysterious figure, she comes to realize that this stranger has some secret involvement with her three increasingly menacing housemates.

Anna, Joyce, Claude and Lucia are all students under the tutelage of Constance Dumas, a renowned film instructor. Lucia moves in with the other girls in a small house outside of Paris. Soon after, Lucia is attacked on the street outside her home and saved by a mysterious stranger. She soon finds the stranger is involved with all the girls and is hiding a dark secret inside the house.

If Beale Street Could Talk
$8.40 Super Savings
Add to Cart