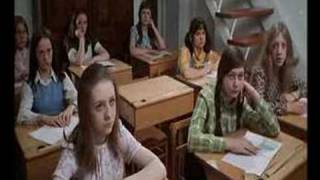 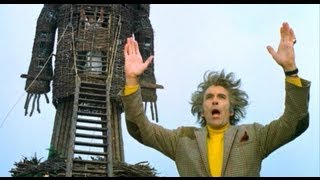 A notoriously troubled production notwithstanding, the controversial cult classic THE WICKER MAN is now regarded as a classic of British cinema. Edward Woodward stars as Sergeant Howie, a naive young police officer sent to Summerisle, a secluded island off the coast of Scotland, to investigate the disappearance of a young girl named Rowan. When he arrives there, he finds a very tight-knit community that is mistrustful and hostile to outsiders. No one is willing to even acknowledge Rowan's disappearance. Soon, Howie begins to realize that the town might, in fact, be a strange pagan cult, one given to unbridled sexuality and possible human sacrifice. Seeking an audience with the oddly civilized Lord Summerisle (Christopher Lee), Howie hopes to get to the bottom of the mystery, but instead he finds something more shocking than he could have ever imagined.

Written by Anthony Shaffer (SLEUTH, DEATH ON THE NILE), Robin Hardy's eerie film paints a disturbing portrait of an almost prehistoric, multi-deity worshipping society given to bizarre rituals and Bacchanalian excess. Though recognition may have been a long time coming, THE WICKER MAN stands as a strikingly original achievement that is equal parts horror, drama, comedy, and musical.

Off the coast of Scotland, the natives of a small island owned and run by a Lord Summerisle, immerse themselves in a religion based on pagan rites and rituals, totally antithetical to Catholic dogma. When a devout Christian police sergeant from the mainland comes to the island to investigate the mysterious disappearance of a local 12-year-old girl, he stirs up hatred and resentment among the locals to such an extent that for their annual May Day celebrations, to insure the crops don't fail for a second year in a row, he becomes their target to appease the heathen goddess of the harvest.