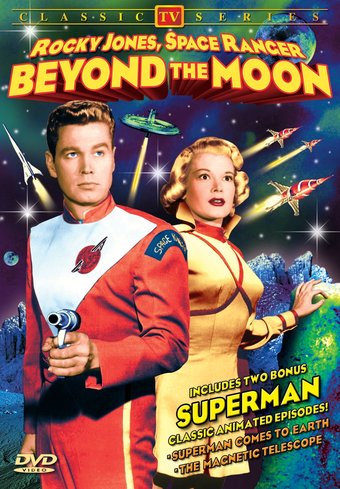 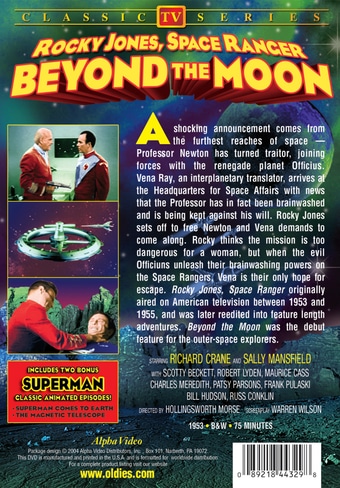 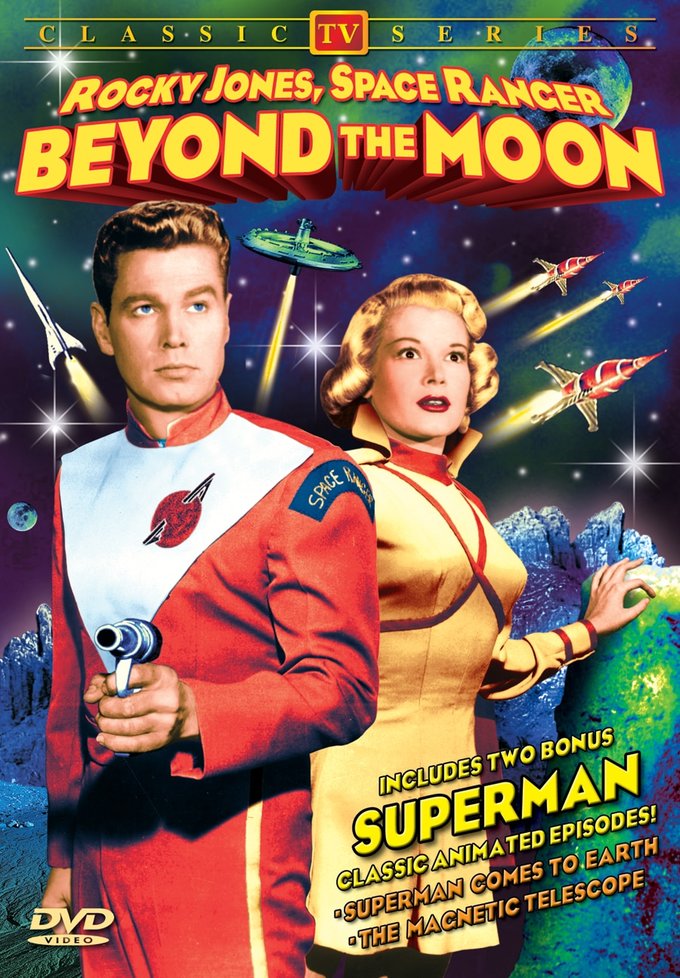 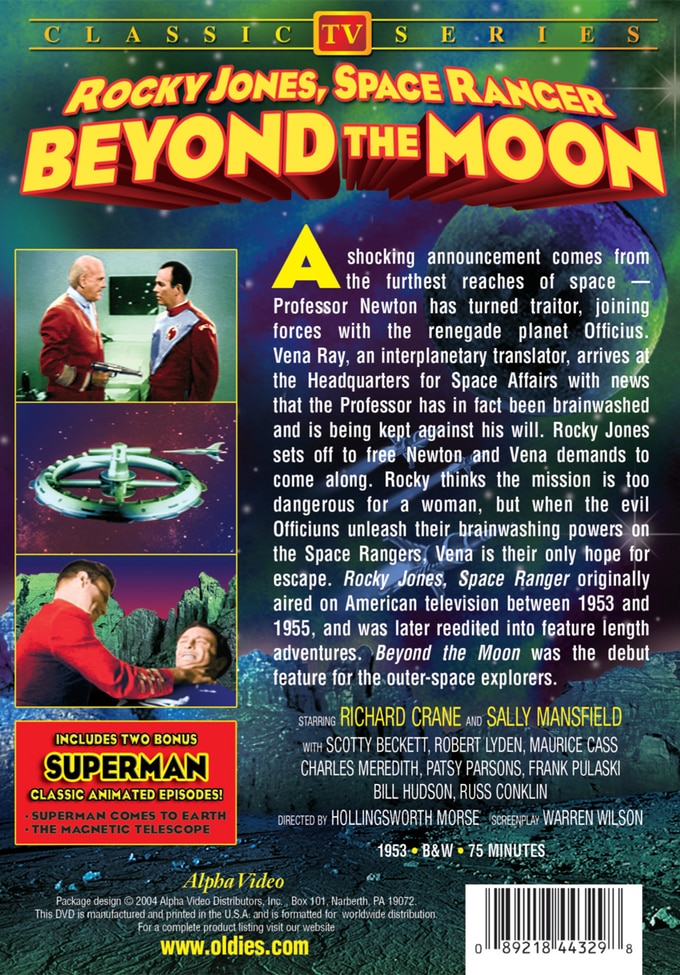 A shocking announcement comes from the furthest reaches of space - Professor Newton has turned traitor, joining forces with the renegade planet Officius. Vena Ray, an interplanetary translator, arrives at the Headquarters for Space Affairs with news that the Professor has in fact been brainwashed and is being kept against his will. Rocky Jones sets off to free Newton and Vena demands to come along. Rocky thinks the mission is too dangerous for a woman, but when the evil Officiuns unleash their brainwashing powers on the Space Rangers, Vena is their only hope for escape.

"Rocky Jones, Space Ranger" originally aired on American television between 1953 and 1955, and was later reedited into feature length adventures. "Beyond the Moon" was the debut feature for the outer-space explorers.

BEYOND THE MOON is the debut episode of the low-budget, live kiddie sci-fi show ROCKY JONES, SPACE RANGER, reedited into a feature-length film. Airing between 1953 and 1955, the show followed the adventures of its title character as he defended the forces of good against all manner of evildoers. In BEYOND THE MOON, word reaches the Headquarters for Space Affairs that Professor Newton has become a traitor; further investigation reveals that he and his young charge Bobby have been brainwashed and held captive by the inhabitants of the renegade planet Officius. Rocky and his sidekick Winky set off to rescue the Professor, joined by interplanetary translator Vena; the Rangers battle the brainwashing Officians and save the day, uncovering a spy among the ranks at Headquarters while they're at it!

Science-Fiction | Space Exploration | Vintage | Vintage TV | Battles | Television / TV Series
This product is made-on-demand by the manufacturer using DVD-R recordable media. Almost all DVD players can play DVD-Rs (except for some older models made before 2000) - please consult your owner's manual for formats compatible with your player. These DVD-Rs may not play on all computers or DVD player/recorders. To address this, the manufacturer recommends viewing this product on a DVD player that does not have recording capability.

Home on the Range
$5.80 Super Savings
Add to Cart

The Secret Life of Pets
$9.80 Super Savings
Add to Cart