Professor Newton is kidnapped and brainwashed by space invaders and Rocky Jones must travel to a distant planet. 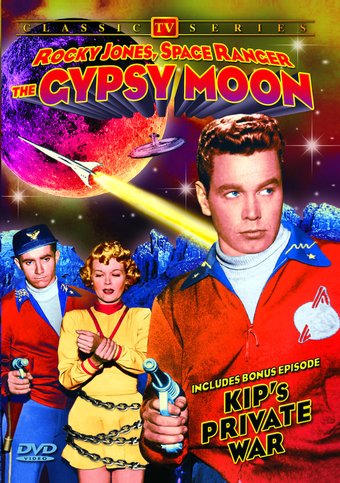 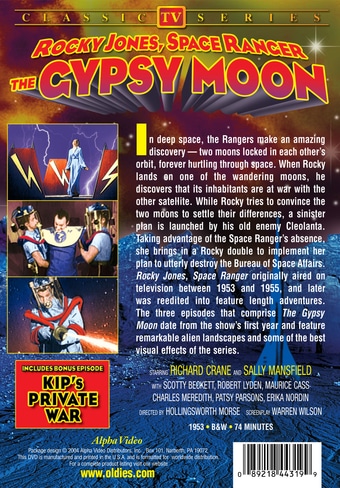 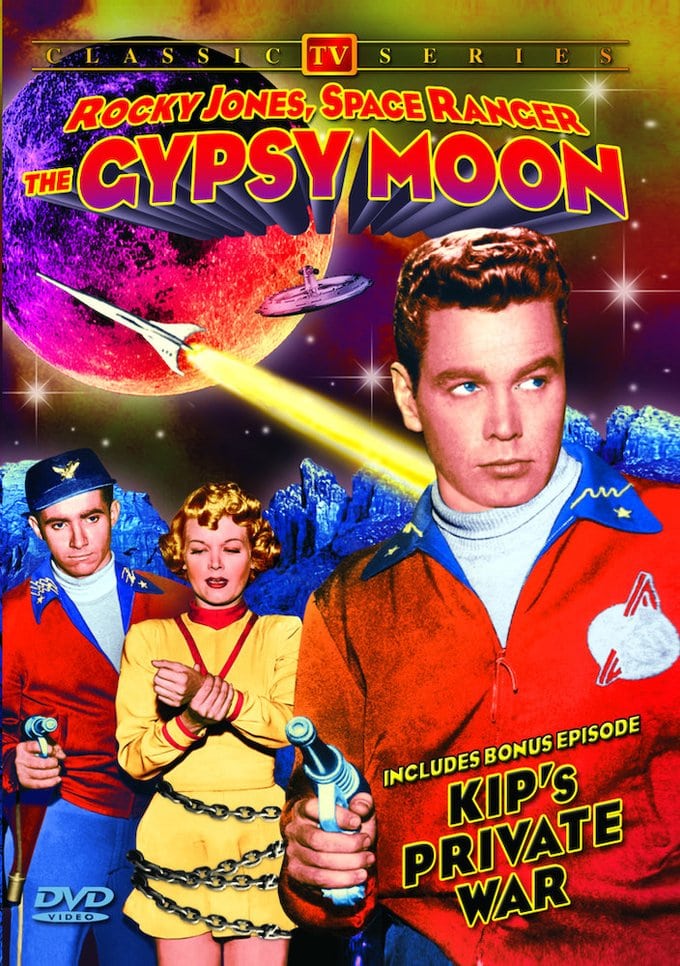 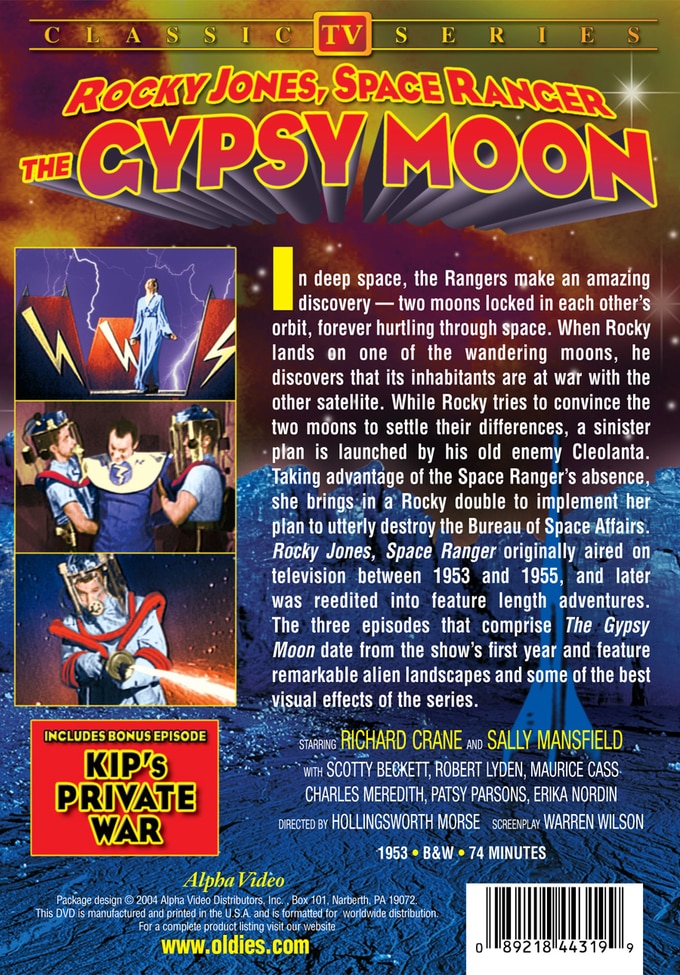 In deep space, the Rangers make an amazing discovery - two moons locked in each other's orbit, forever hurtling through space. When Rocky lands on one of the wandering moons, he discovers that its inhabitants are at war with the other satellite. While Rocky tries to convince the two moons to settle their differences, a sinister plan is launched by his old enemy Cleolanta. Taking advantage of the Space Ranger's absence, she brings in a Rocky double to implement her plan to utterly destroy the Bureau of Space Affairs.

"Rocky Jones, Space Ranger" originally aired on television between 1953 and 1955, and later was reedited into feature length adventures. The three episodes that comprise "The Gypsy Moon" date from the show's first year and feature remarkable alien landscapes and some of the best visual effects of the series.

Richard Crane starred as Space Ranger Rocky Jones in this early 1950's sci-fi TV series. Jones, along with sidekicks Bobby, Winky, Vena, and scientific genius Professor Newton had the duty of patrolling the solar system skyways during the 21st Century. In this Rocky Jones adventure, Rocky discovers two moons at war with each other and takes action to end the feud.