An exotic film-noir thriller that features an American secret agent who discovers a communist conspiracy in Japan. 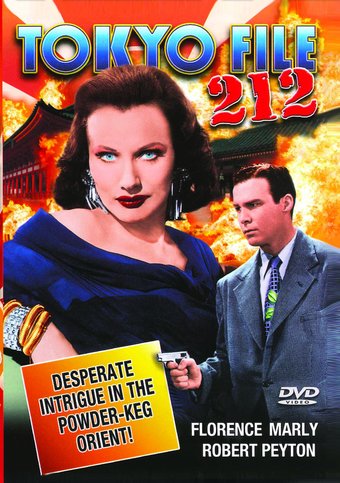 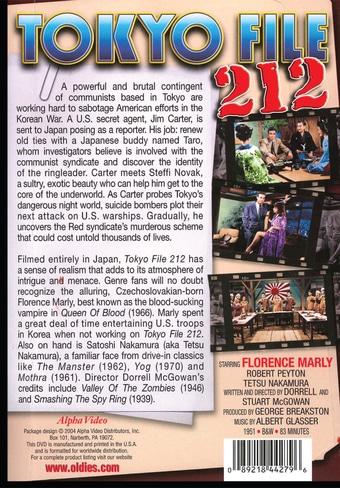 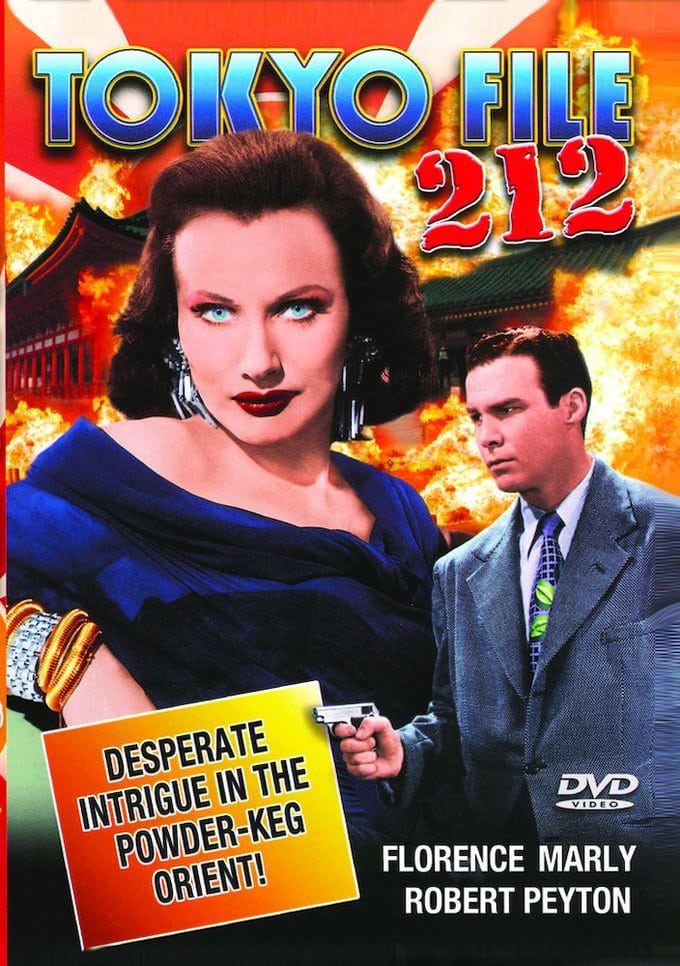 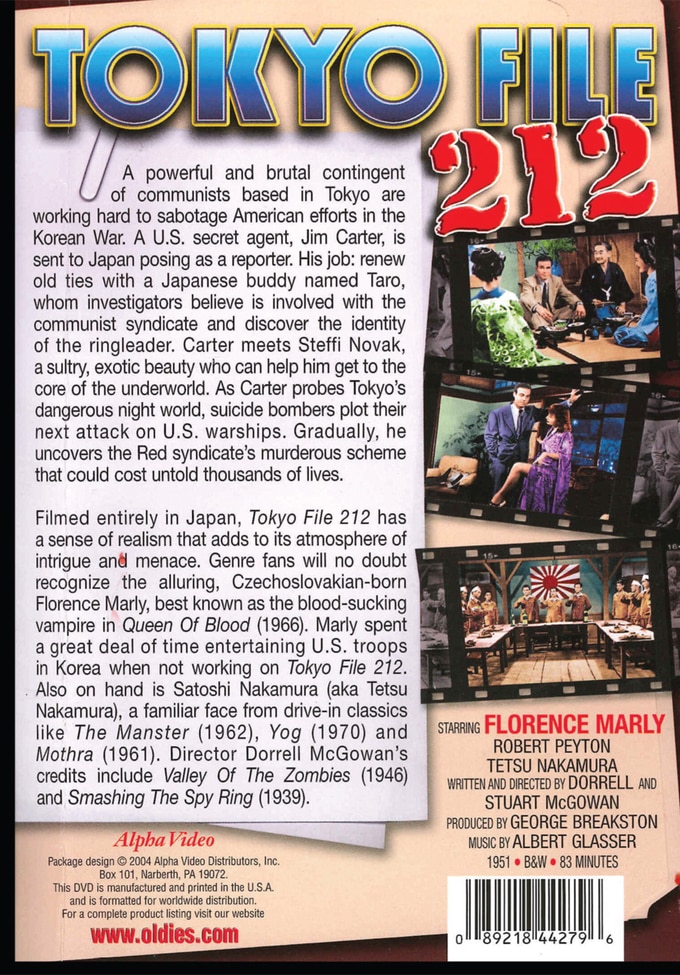 A powerful and brutal contingent of communists based in Tokyo are working hard to sabotage American efforts in the Korean War. A U.S. secret agent, Jim Carter, is sent to Japan posing as a reporter. His job: renew old ties with a Japanese buddy named Taro, whom investigators believe is involved with the communist syndicate and discover the identity of the ringleader. Carter meets Steffi Novak, a sultry, exotic beauty who can help him get to the core of the underworld. As Carter probes Tokyo's dangerous night world, suicide bombers plot their next attack on U.S. warships. Gradually, he uncovers the Red syndicate's murderous scheme that could cost untold thousands of lives.

Filmed entirely in Japan, Tokyo File 212 has a sense of realism that adds to its atmosphere of intrigue and menace. Genre fans will no doubt recognize the alluring, Czechoslovakian-born Florence Marly, best known as the blood-sucking vampire in Queen Of Blood (1966). Marly spent a great deal of time entertaining U.S. troops in Korea when not working on Tokyo File 212. Also on hand is Satoshi Nakamura (aka Tetsu Nakamura), a familiar face from drive-in classics like The Manster (1962), Yog (1970) and Mothra (1961). Director Dorrell McGowan's credits include Valley Of The Zombies (1946) and Smashing The Spy Ring (1939).

Post WW II Japan has become a hotbed of underworld organized crime. In this tale, an intelligence agent from America flies to Japan to assume the identity of a journalist. He does this in order to find his old college classmate who has gotten into some trouble with corrupt labor leaders and North Korean spies.

Organized Crime | Spies | Film Noir | Espionage | Crime
This product is made-on-demand by the manufacturer using DVD-R recordable media. Almost all DVD players can play DVD-Rs (except for some older models made before 2000) - please consult your owner's manual for formats compatible with your player. These DVD-Rs may not play on all computers or DVD player/recorders. To address this, the manufacturer recommends viewing this product on a DVD player that does not have recording capability.