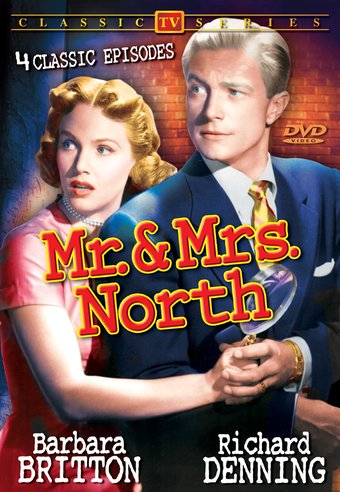 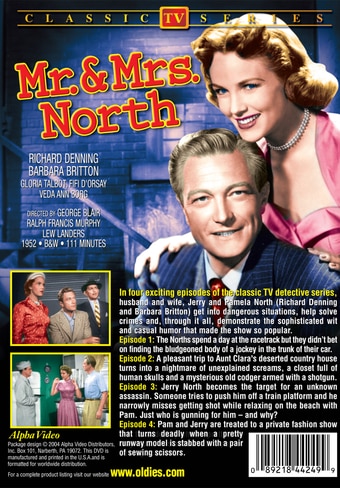 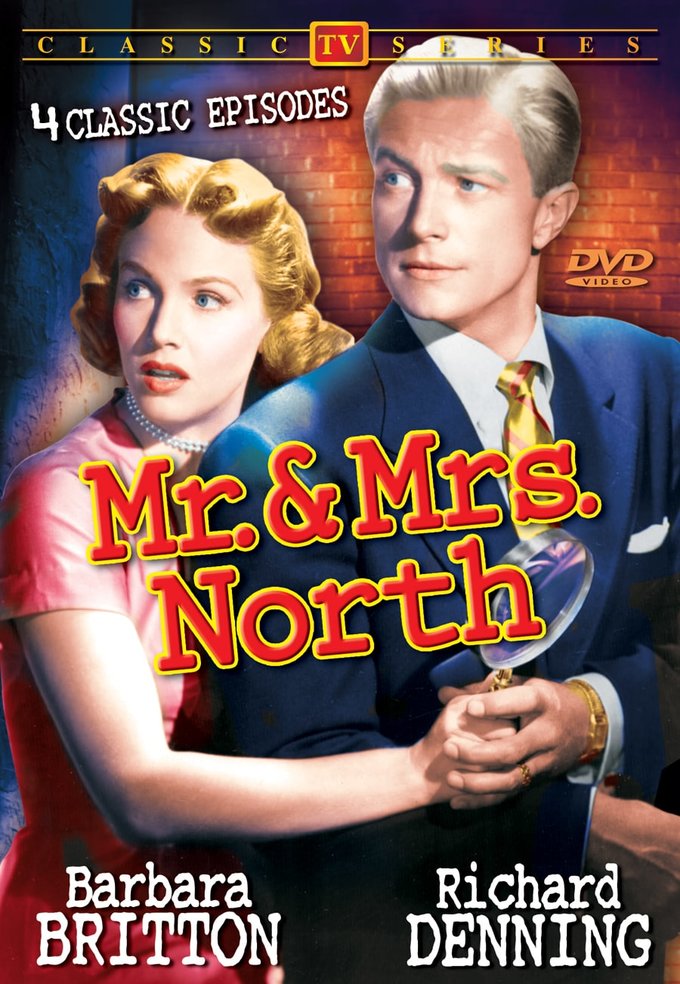 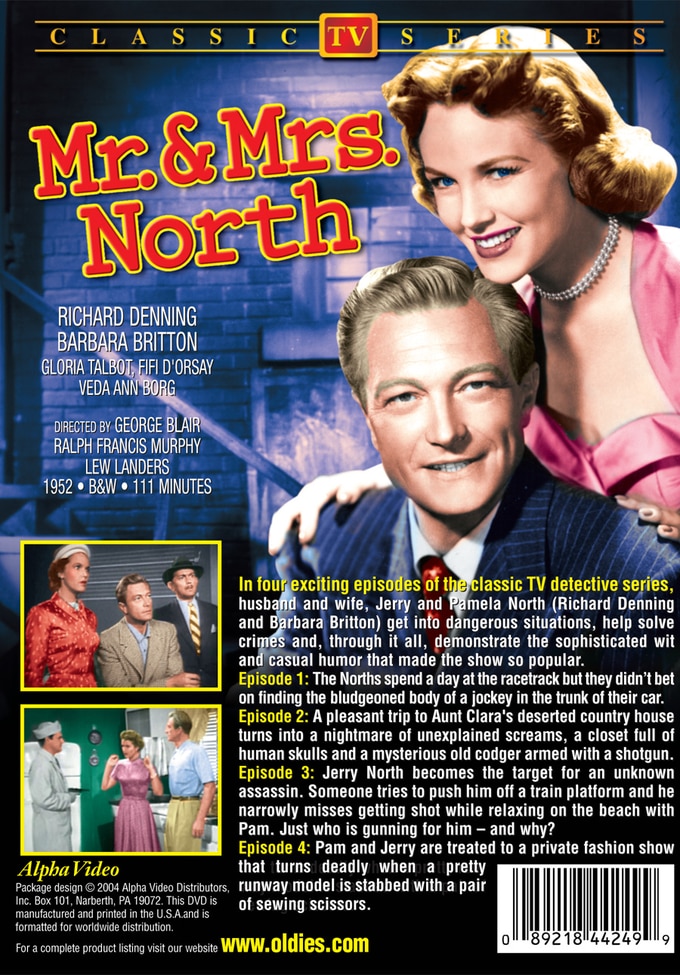 In four exciting episodes of the classic TV detective series, husband and wife, Jerry and Pamela North (Richard Denning and Barbara Britton) get into dangerous situations, help solve crimes and, through it all, demonstrate the sophisticated wit and casual humor that made the show so popular.

Episode 1: The Norths spend a day at the racetrack but they didn't bet on finding the bludgeoned body of a jockey in the trunk of their car.

Episode 2: A pleasant trip to Aunt Clara's deserted country house turns into a nightmare of unexplained screams, a closet full of human skulls and a mysterious old codger armed with a shotgun.

Episode 3: Jerry North becomes the target for an unknown assassin. Someone tries to push him off a train platform and he narrowly misses getting shot while relaxing on the beach with Pam. Just who is gunning for him - and why?

Episode 4: Pam and Jerry are treated to a private fashion show that turns deadly when a pretty runway model is stabbed with a pair of sewing scissors.

This lighthearted comedy drama aired from 1952-1954 and centered around a married couple living a seemingly normal life in New York City's Greenwich Village. Pam (Barbara Britton) and Jerry North (Richard Denning) make their living as publishers of a mystery magazine, but the mysteries often have a way of leaving the fictional realm and entering their real lives! The couple have apparently been prepared by their day job to solve crime much better than the police, and become successful sleuths with an elegant, sophisticated style. This collection features four episodes of the vintage television series.

Series | Detectives | Classic | Mystery | Thriller | Vintage | Vintage TV | Sleuth | Detective | Classic Television | 1950s | Television Shows | Television / TV Series | Mysteries
This product is made-on-demand by the manufacturer using DVD-R recordable media. Almost all DVD players can play DVD-Rs (except for some older models made before 2000) - please consult your owner's manual for formats compatible with your player. These DVD-Rs may not play on all computers or DVD player/recorders. To address this, the manufacturer recommends viewing this product on a DVD player that does not have recording capability.