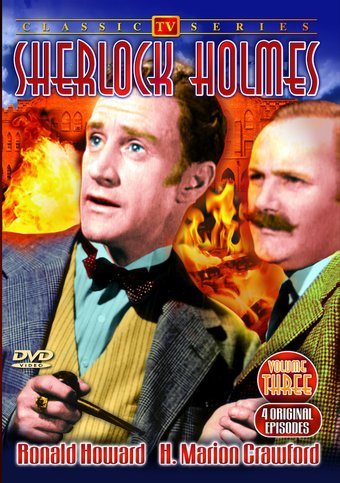 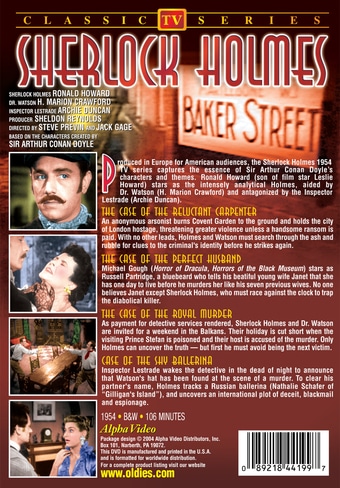 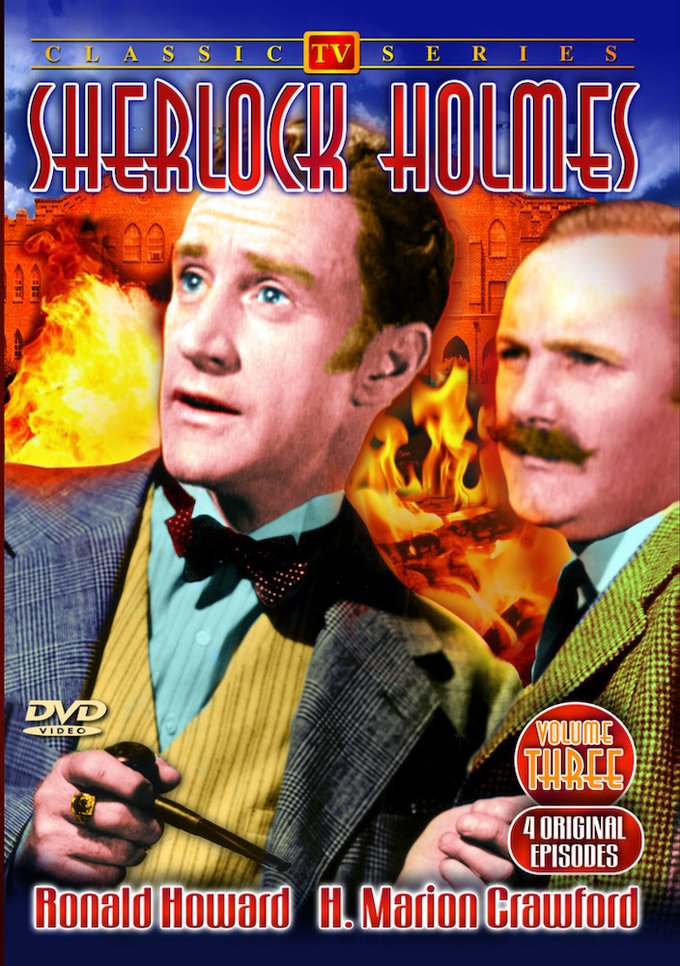 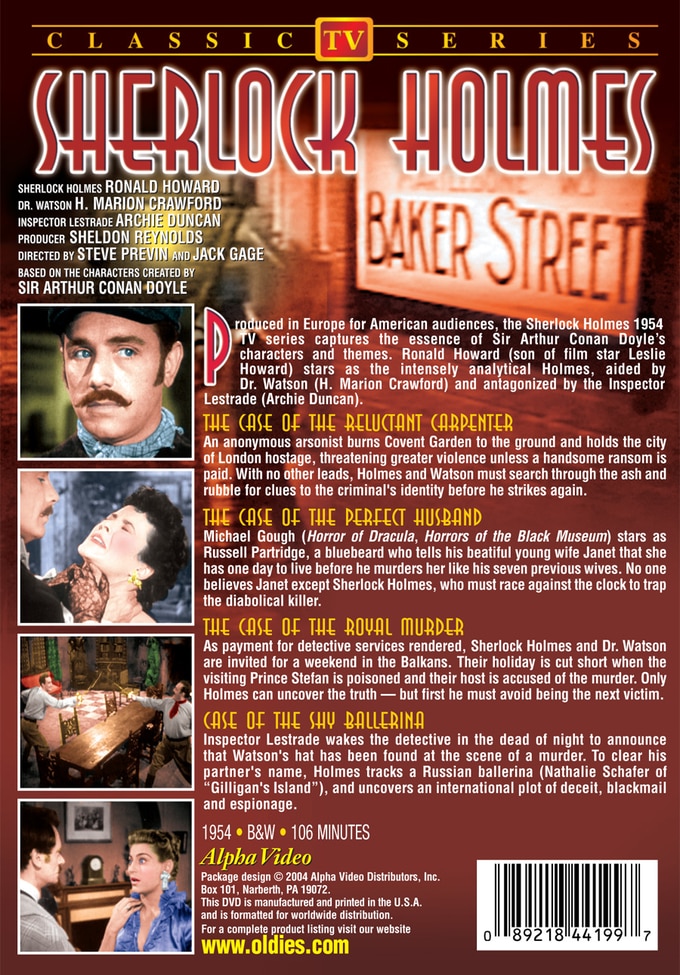 The Case of the Reluctant Carpenter: An anonymous arsonist burns Covent Garden to the ground and holds the city of London hostage, threatening greater violence unless a handsome ransom is paid. With no other leads, Holmes and Watson must search through the ash and rubble for clues to the criminal's identity before he strikes again.

The Case of the Perfect Husband: Michael Gough (Horror of Dracula, Horrors of the Black Museum) stars as Russell Partridge, a bluebeard who tells his beautiful young wife Janet that she has one day to live before he murders her like his seven previous wives. No one believes Janet except Sherlock Holmes, who must race against the clock to trap the diabolical killer.

The Case of the Royal Murder: As payment for detective services rendered, Sherlock Holmes and Dr. Watson are invited for a weekend in the Balkans. Their holiday is cut short when the visiting Prince Stefan is poisoned and their host is accused of the murder. Only Holmes can uncover the truth - but first he must avoid being the next victim.

The Case of the Shy Ballerina: Inspector Lestrade wakes the detective in the dead of night to announce that Watson's hat has been found at the scene of a murder. To clear his partner's name, Holmes tracks a Russian ballerina (Nathalie Schafer of "Gilligan's Island"), and uncovers an international plot of deceit, blackmail and espionage.

The books of Arthur Conan Doyle are once again brought to life on the silver screen, with this third series of episodes from the popular television series. Ronald Howard takes center stage once again as Holmes, alongside his trusty sidekick Dr. Watson (H. Marion Crawford).

Detectives | Mystery | Thriller | Detective
This product is made-on-demand by the manufacturer using DVD-R recordable media. Almost all DVD players can play DVD-Rs (except for some older models made before 2000) - please consult your owner's manual for formats compatible with your player. These DVD-Rs may not play on all computers or DVD player/recorders. To address this, the manufacturer recommends viewing this product on a DVD player that does not have recording capability.