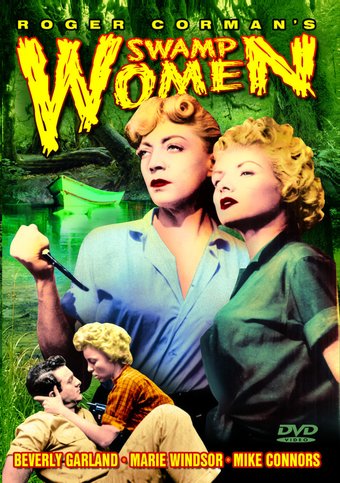 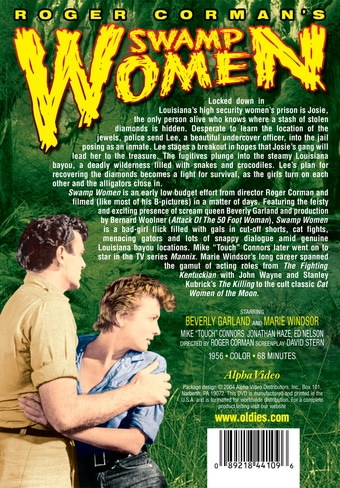 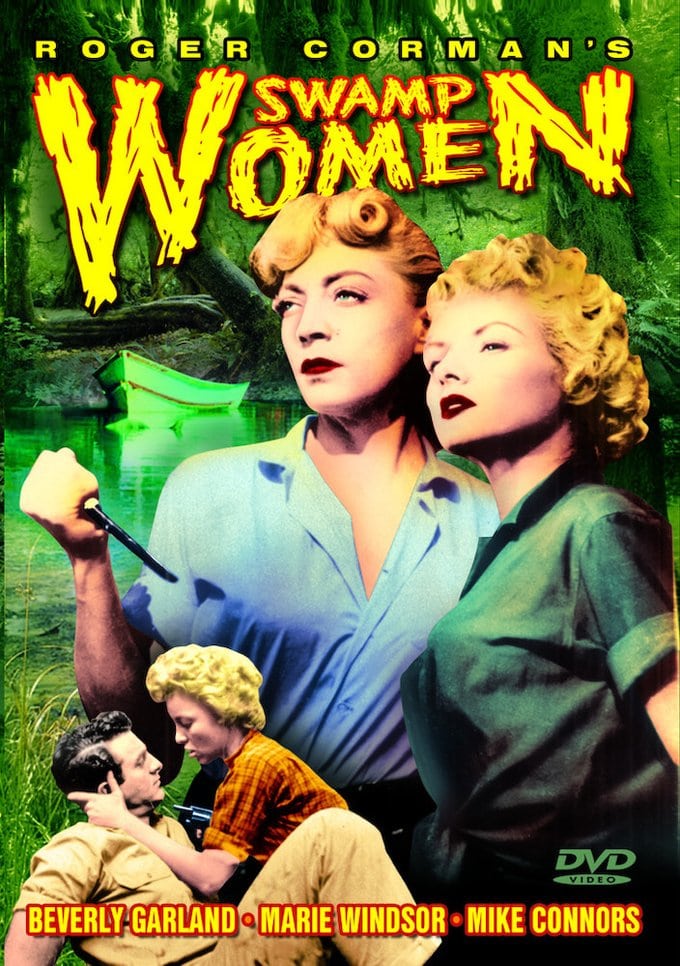 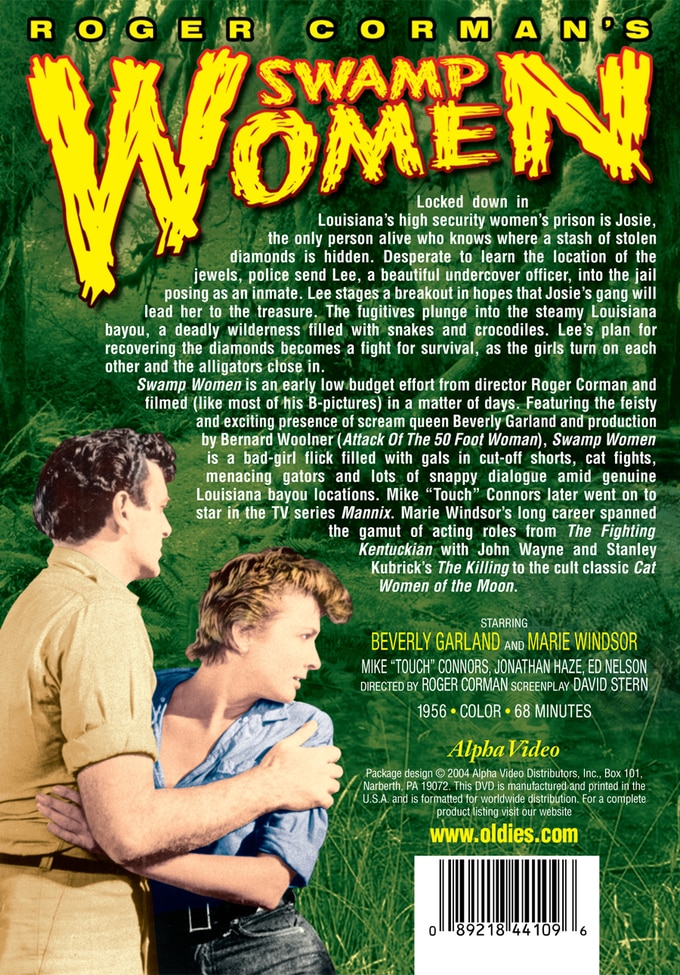 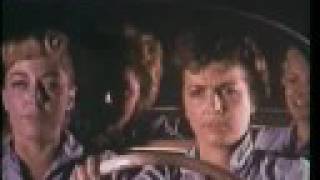 Locked down in Louisiana's high security women's prison is Josie, the only person alive who knows where a stash of stolen diamonds is hidden. Desperate to learn the location of the jewels, police send Lee, a beautiful undercover officer, into the jail posing as an inmate. Lee stages a breakout in hopes that Josie's gang will lead her to the treasure. The fugitives plunge into the steamy Louisiana bayou, a deadly wilderness filled with snakes and crocodiles. Lee's plan for recovering the diamonds becomes a fight for survival, as the girls turn on each other and the alligators close in.

Swamp Women is an early low budget effort from director Roger Corman and filmed (like most of his B-pictures) in a matter of days. Featuring the feisty and exciting presence of scream queen Beverly Garland and production by Bernard Woolner (Attack Of The 50 Foot Woman), Swamp Women is a bad-girl flick filled with gals in cut-off shorts, cat fights, menacing gators and lots of snappy dialogue amid genuine Louisiana bayou locations. Mike "Touch" Connors later went on to star in the TV series "Mannix." Marie Windsor's long career spanned the gamut of acting roles from The Fighting Kentuckian with John Wayne and Stanley Kubrick's The Killing to the cult classic Cat Women of the Moon.

A female cop goes undercover as an inmate in a southern prison only to join a prison break and recover a stash of diamonds.

Customer Rating:
Based on 1898 ratings.

Diamonds are even THESE Girls' Best Friends!! Movie Lover: Mickey from CHESHIRE, MA US -- September, 28, 2010


Marie Windsor & Beverly Garland lead the cast in this surprisingly entertaining little film. It starts off a bit slowly, but once it gets it's footing, it runs fast & furiously through it's paces, and - in spite of the tacky title - really manages to deliver! Mike Connors is somewhat wasted, but the ladies are in top form, especially Marie Windsor, who adds yet another memorable character to her long list of credits.


Police woman goes undercover in a women’s prison to learn the whereabouts of stolen diamonds. The pre-planned escape works and she and three other girls trek through the treacherous Louisiana bayou seeking a fortune that costs one of them their lives. Although shot in Pathe color (which has a tendency to fade and turn pink over time), the print used for this DVD held up remarkably well. It is a tiny bit grainy and a bit washed out in spots, but good color still remains. The movie starts off a bit slow but after five minutes it becomes fast-moving. Beverly Garland is a tough-as-nails escapee and involved in two cat fights. If you are a Beverly Garland fan, you’ll not only want this film, but “Gunslinger” (where she is a good girl battling the evil Allison Hayes). In both cases, the film quality is far superior to the horrendous VHS copies released years ago. Look for Ed Nelson in a small role as a cop at the beginning; Touch Connors became TV’s “Mannix” (under the name Mike Connors).