School's out for summer 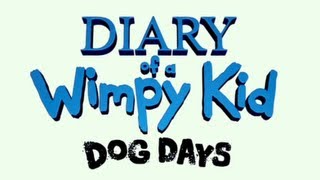 In this third film in the DIARY OF A WIMPY KID series, Greg Heffley (Zachary Gordon) wants to spend the summer before eighth grade playing video games and maybe, if he can finagle it, getting closer to his crush Holly Hills (Peyton List). The former plan goes out the window when his dad Frank (Steve Zahn) decides to ban video games from the house. In order to connect with his young son, Frank schedules a number of fishing trips and signs the boy up for Scouts. Greg has more luck on the girlfriend front when his best friend Rowley (Robert Capron) invites him to go to his family's country club, where Holly works as a tennis instructor. Soon, in order to avoid spending so much time with his dad, Greg lies to his parents and says he works at the club, a deception that his older brother Rodrick (Devon Bostick) uses to blackmail him and gain access to the establishment.

Diary of a Wimpy Kid
$9.50 Super Savings
Add to Cart