Get email alerts for Beres Hammond
Currently Out of Stock: We'll get more as soon as possible
Notify Me When Available
Add to Wishlist
Format:  CD
sku:  35GWV
Related products:
Beres Hammond: One Love, One Life (2-CD) for $18.10
Our customers love us! 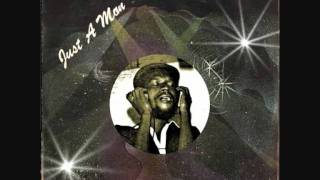 Personnel: Lennox Gordon, Dwight Pinkney, Maurice Johnson , Willie Lindo (guitar); The Peter Ashbourne Group (strings); Glen DaCosta (flute, saxophone); Dean Fraser (saxophone); Clive Hunt (trumpet, piano, percussion); David Madden, Willie Brackenridge (trumpet); Ronald "Nambo" Robinson, Jerome Francique (trombone); Franklyn "Bubbler" Waul (piano, percussion); Robbie Lyn, Harold Butler (piano); Tony Johnson (keyboards); Robert Stephenson, Calvin McKenzie, Michael Williams, Mikey "Boo" Richards (drums); Noel Seale, Cornell Marshall (percussion).
Liner Note Author: Winston Blake.
Recording information: Joe Gibbs Recording Studio, Kingston, Jamaica; Rehearsal Studio.
Arranger: Willie Lindo.
This album is liable to give the majority of Beres Hammond's fans a start. Despite the facts that it was originally issued by Joe Gibbs, that it features a variety of reggae studio legends (including hornman Dean Fraser, guitarist Willie Lindo, and drummer Mikey "Boo" Richards) behind him, and that it is now released on CD by the VP label's reissue imprint 17 North Parade, Just a Man is emphatically not a reggae album. Instead, it's a soul/R&B outing that in places teeters precariously on the edge of disco. It's not clear whether this album was an aborted attempt at a change in direction (he had already made reggae recordings both as a solo artist and with Zap Pow before this album was released in 1979) or simply a musical lark, but a couple of things are clear: first, he was quite a fine soul/disco singer, and second, he was not destined to take that path permanently. Instead, he returned to reggae on a full-time basis and enjoyed steadily growing success over the next few decades. But that doesn't mean that Just a Man should be seen as a mere novelty; as disco-inflected soul music goes, it's really very good. Although the sonic trappings of the era (cheesy synthesized string sections, chirping syndrums, etc.) haven't aged particularly well, there's a raw and scrappy edge to songs like "Keep My Wheel Turning" and the smoldering midtempo loverman's plea "I'm Lonely" that give the songs a gritty traction that many similar efforts of the period lacked. And the title track is a yearning romantic ballad that works very nicely as well. Hammond was already a richly gifted singer by this point in his career, and he would soon get even better -- but this stylistic detour finds him working at something near the peak of his expressive powers, and is well worth a listen. ~ Rick Anderson

71%off
Reggae On The River: 20th Anniversary Celebration
$4.98 CD Sale
Add to Cart