They are something more than lovers who are about to become something less than human. 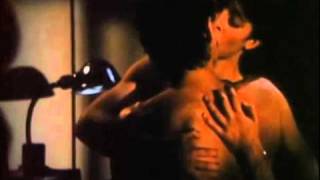 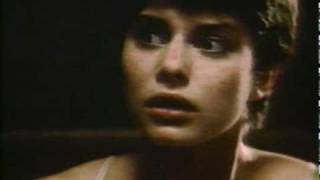 "Save me. Only you can stop this killing."
- Paul (Malcolm MacDowell) pleading with Irena (Nastassia Kinski)

Nastassia Kinski stars as Irena, a beautiful young woman on the bridge of sexuality; she discovers love for the first time only to find that the explosive experience brings with it tragic consequences. The tremendous passion of this girl's first romantic love is so strong, however, it bypasses the chaos around her- including her brother's (Malcolm McDowell) extraordinary demands- as it pushes her on to her own bizarre destiny. With a style as timeless as myth, Cat People is an erotic fantasy of the passion and terror that surround this girl's first love. Desire... passion... blood, her lust transforms her into one of the Cat People.

After Irena (Nastassia Kinski), a young woman with a mysterious past, is reunited with her brother Paul (Malcom MacDowell), a series of bizarre events is set into motion. When Irena discovers that her sexuality is intimately linked with that of her brother's--as well as with a strange human-feline metamorphosis they secretly share--the moment is both frightening and alluring. A remake of the 1942 supernatural horror film of the same name, Paul Schrader's version of CAT PEOPLE is more graphic, more eroticized, and more detailed in content. Shot in New Orleans, an eerie stillness permeates the film, coupled with naturally delivered dialogue that moves the story along. Ruby Dee provides extra mysterious insinuations as Female, the sibling's live-in servant in their French-style mansion, and John Heard is perfectly cast as Oliver, the animal biologist and love interest of Irena.

CAT PEOPLE is Paul Schrader's eroticized, graphically violent remake of the 1942 horror classic. Reunited with her long-lost brother in New Orleans, a sexually repressed young woman discovers that she and her sibling belong to a strange race, half-cat, half-human. During sex the creatures revert to their feline form, and only by killing can they reverse the process. Physically awakened for the first time, the woman finds herself prey to her own terrifying animal nature--and to her brother's incestuous desires.

Embrace of the Vampire (DVD)
$11.20 Super Savings
Add to Cart

Children of the Corn (DVD)
$9.10 Super Savings
Add to Cart