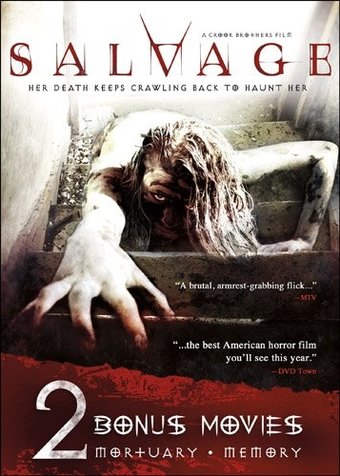 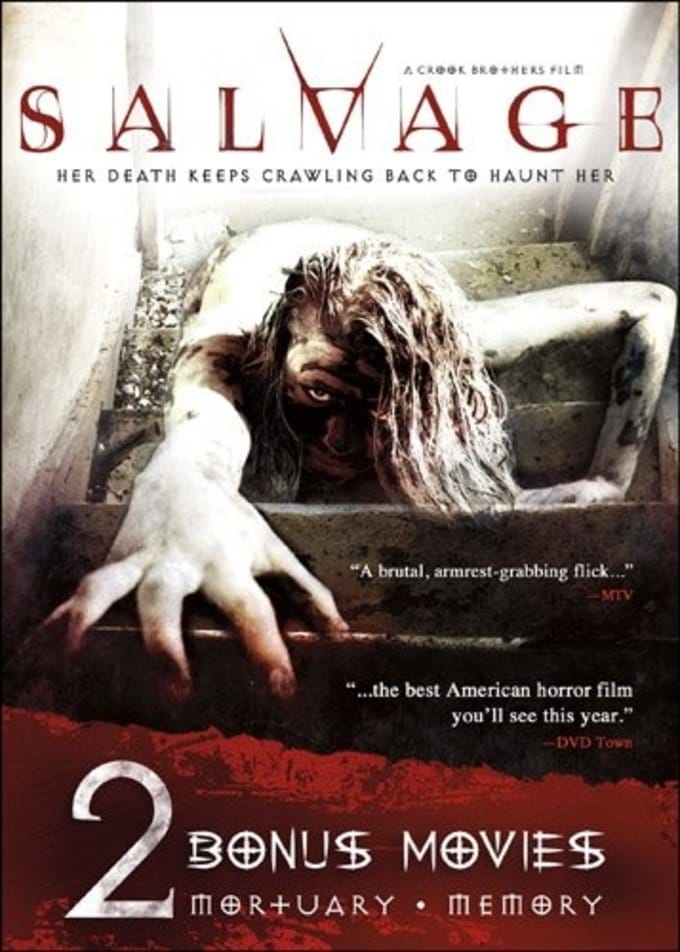 SALVAGE: Claire Parker is going to die. At the hands of a sadistic and depraved killer, she will endure a terrifying, unimaginably brutal death—and it will all happen again. After being beaten, dragged, sliced, and stabbed, Claire awakens at work—where it all began—untouched and unharmed. But the hellish ordeal is far from over. The madman is back and he's ready for more blood... Starring Lauren Currie Lewis and Chris Ferry.

ORTUARY: In this Tobe Hooper horror favorite, the Doyle family moves to a small town to start a new life and takes over the long-abandoned Fowler Funeral Home and cemetery—a place the locals fear. The grounds are rumored to be haunted and all too soon, the Doyles will discover that the stories are true.

MEMORY: When Dr. Taylor Briggs is exposed to a mysterious drug while lecturing in Brazil, he is forced to relive the dark, twisted memories of a killer whose work may not be over. Starring Billy Zane, Tricia Helfer, Ann-Margret, and Dennis Hopper.