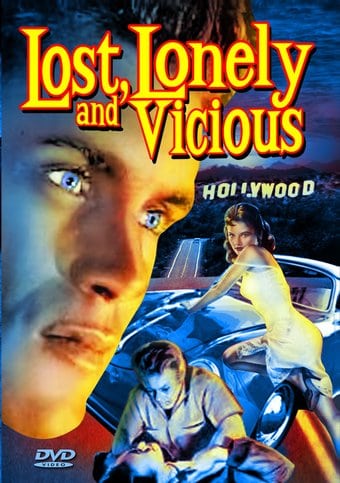 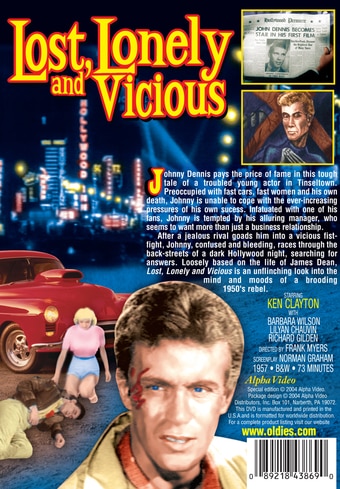 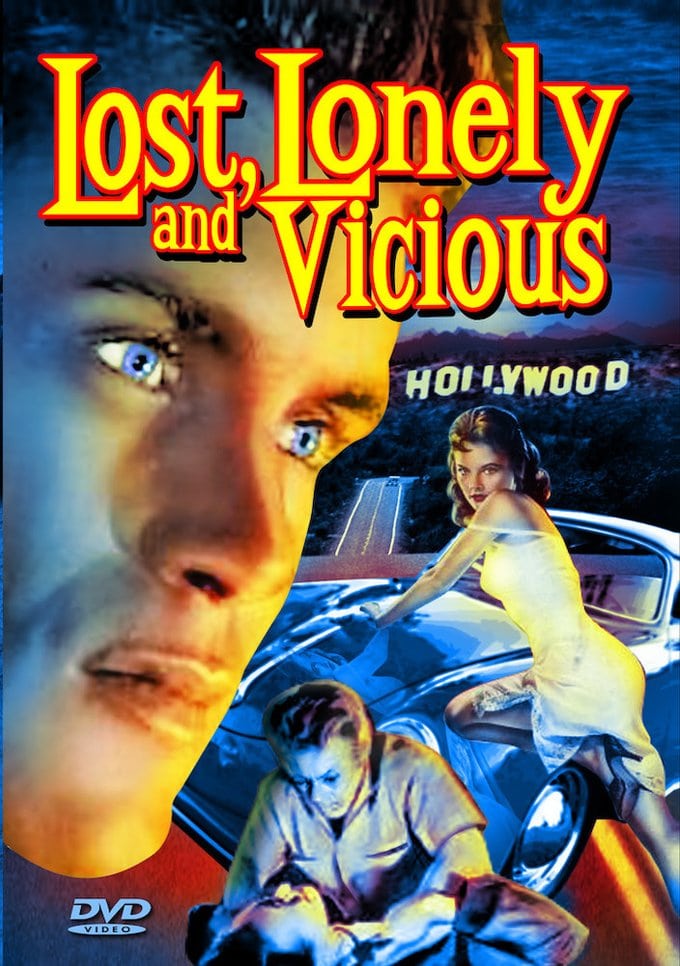 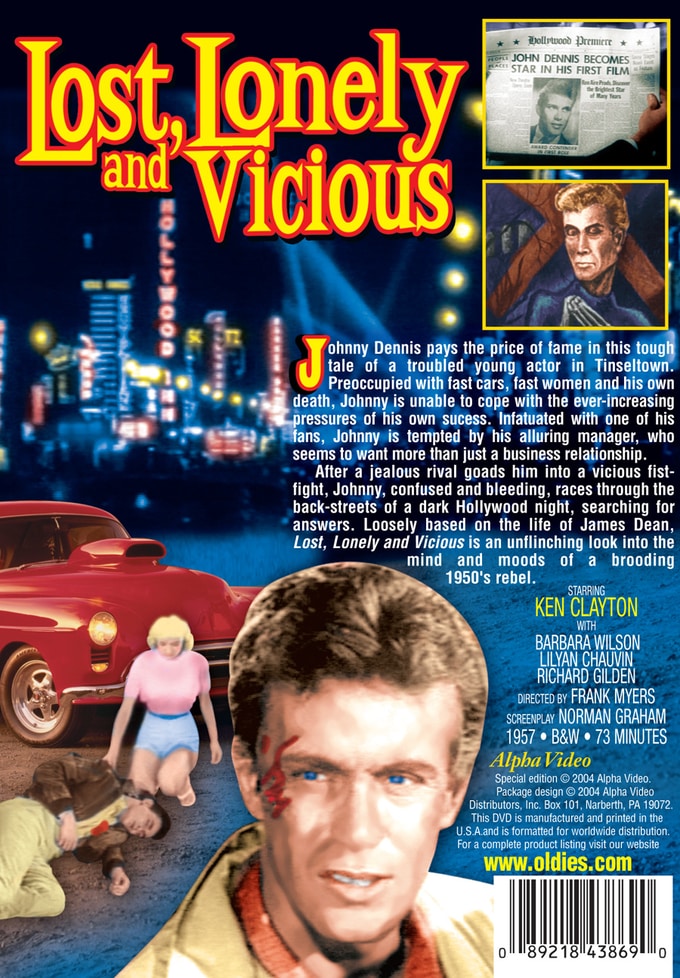 Johnny Dennis pays the price of fame in this tough tale of a troubled young actor in Tinseltown. Preoccupied with fast cars, fast women and his own death, Johnny is unable to cope with the ever-increasing pressures of his own success. Infatuated with one of his fans, Johnny is tempted by his alluring manager, who seems to want more than just a business relationship.

After a jealous rival goads him into a vicious fistfight, Johnny, confused and bleeding, races through the back-streets of a dark Hollywood night, searching for answers. Loosely based on the life of James Dean, Lost, Lonely and Vicious is an unflinching look into the mind and moods of a brooding 1950's rebel.

Ken Clayton stars in this 1950s exploitation film as Johnnie, a teen who travels to Hollywood in search of fame and fortune. Quickly seduced by the fast lifestyle and lucky enough to enjoy some success as an actor, Johnnie soon finds himself on the verge of stardom. However, his days of drag racing on Sunset Boulevard and picking up young starlets who will do anything for a spot in a picture seem to be catching up with him. Johnnie starts to become even more reckless because of his success, and it may cost him his life. A drive-in staple, LOST, LONELY AND VICIOUS is a lurid pulp exploitation classic for connoisseurs of such fare.

Raining in the Mountain (Blu-ray)
$36.30 Super Savings
Add to Cart